When I give an introductory lecture on environmental issues to a general audience, I often begin by asking people to list out the most pressing environmental problems. I then take the phrases tossed out, such as ‘deforestation’, ‘water scarcity’, ‘air pollution’, ‘ozone hole’, or ‘biodiversity loss’, and organize them into two contrasting groups: ‘resource scarcity’ versus ‘pollution’, or ‘Southern (developing)’ versus ‘Northern (developed)’, or ‘empty-stomach’ and ‘full-stomach’. I then go on to discuss how these categories are useful, as they highlight different perspectives on the ‘environmental crisis’, but are also limited, as developing countries such as India are hit by both kinds of problems. 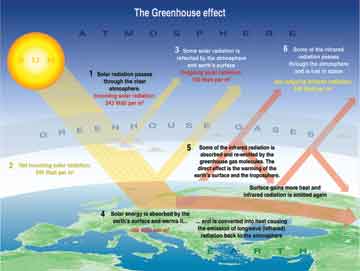 I have been doing this exercise off and on for more than 20 years now, with audiences in Indian colleges and American universities, with students, teachers and activists. One trend I have noticed is the increasing ‘northernization’ of Indian audiences: so ozone, biodiversity and climate change pop up immediately in the list, while water scarcity and firewood scarcity are mentioned much later (if at all). And of course, there is a phenomenal rise in the prominence of ‘climate change’ in the list – these days it is often the first one to be mentioned. A third tendency is to use CO2 emissions and air pollution interchangeably, and to think of tree planting as a panacea for all environmental ills. With the Indian ‘mindspace’ being increasingly colonized by concerns and ideas emanating from a ‘globalized’ (read ‘westernized’) media that also believes in over-simplifying issues, are we in danger of forgetting the more pressing and still unsolved issues closer home? Is climate change really an important problem for Indians to focus on? Why or in what way? And are we thinking about it rigorously enough?

The science of climate change
At the core of what we currently call Climate Change (CC) is the greenhouse effect. This effect originates from the fact that certain gases (primarily CO2, water vapour and methane) absorb (and re-radiate) infra-red radiation emanating from the Earth’s surface, thereby trapping some of the heat that would otherwise have escaped. Note that in the absence of the atmosphere and the greenhouse gases (GHGs) in particular, the Earth’s temperate would have been -17°C, making life on earth impossible. Thus, GHGs have a crucial positive role in our lives. The basics of the greenhouse effect are depicted in Figure. A vast amount of information is now available on this subject, including www.ipcc.org http://climatechangeeducation.org/science/index.html.

The author is with the Centre for Environment & Development Ashoka Trust for Research in Ecology and the Environment (ATREE), Bangalore. He can be reached at slele@atree.org.