Apart from impacting the publishing industry, the CBSE’s attempt to mandate NCERT textbooks across India could affect teachers everywhere and perhaps even empower them indirectly.

In April 2017, the HRD ministry announced that it was planning to make NCERT books compulsory for all CBSE schools in the country. The announcement was met with mixed responses. Some parents welcomed the move, saying that schools often opted for private publishers whose books were unaffordable. Other parents and notably schools insisted that there was a shortage of NCERT books and they also seriously questioned the quality and relevance of the books published by the NCERT. Teachers too had mixed feelings about the move.

In August, the HRD ministry’s order was stayed by the Madras High Court. While this may have given temporary relief to schools, teachers, parents and private publishers, it cannot take away from CBSE’s interest in standardizing teaching, education and evaluation in the country. This year, there were other changes stipulated by CBSE – the return of the class 10 board exams, the scrapping of the CCE, and the implementation of the Uniform System of Assessment and Examination to be followed for classes 6 to 9.

Will NCERT textbooks become compulsory at some point? It is a possibility, and if it does, the impact it will have on the private textbook publishing industry in India will be significant. After all, India’s publishing business is expected to be worth $5 billion by 2020 and educational books make up over 80 per cent of this revenue. The move will also impact teaching and learning outcomes in many ways.

How teachers view the mandate
Teacher Plus spoke to teachers from different CBSE schools, who state that no formal directive has been received from the council about using only NCERT books across all classes. Many of them do not welcome the move. Says Aditi Shome, who taught ICSE social science for middle and secondary sections and who has been teaching history at HAL Public School in Bangalore for the past seven years, “The CBSE curriculum lacks the depth and structure in making the syllabi interesting. ICSE, on the other hand, is a smooth, hands-on curriculum giving the teacher freedom to express and innovate.”

According to Shome, NCERT books are extremely poor in quality, both in terms of the content as well as appearance. “The pages and the binding fall apart in a few months. Pictorial evidence is blurred and insufficient. Sometimes in certain topics, each sentence is as long as a paragraph, making it difficult to comprehend.”

The biggest flaw in NCERT books? The information is shockingly obsolete, which means that children are made to memorize outdated information. Says Shome, “The statistics in the Economics and Democratic Politics in class 9 and 10 are obsolete. As the facilitator I do update them, but insistence on rote memory by the board forces the learner to remember obsolete information as they are evaluated on them!” 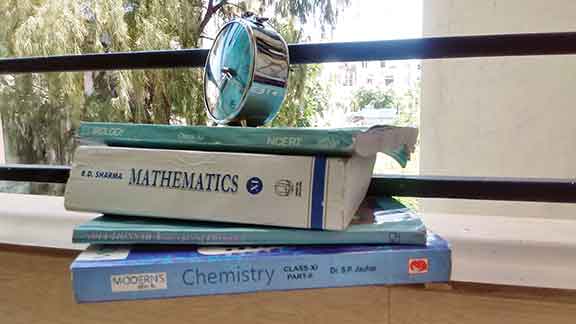 Most schools, Shome says, follow only private publishers until grade 9, after which board exams become the goal and NCERT books are used. “Senior Secondary students, who have adhered to the NCERT framework but who have followed private publications, have tackled examinations much better, especially the Higher Order Thinking Skills (HOTS) question paper. It’s an irony that NCERT books offer only very basic information but the board papers are extremely unpredictable and challenging. One must study beyond NCERT books to tackle this. Schools can follow different publications and just adhere to the curriculum issued by the CBSE in all classes.”

Sita Shankar teaches biology at Harvest International School, one of the top CBSE schools in Bangalore. Shankar says it is difficult to have a common textbook for children from all over India. “Our children, for example, come from certain economic backgrounds and they already know a lot, so it becomes difficult to keep them engaged with the current NCERT textbooks. Also, education is changing rapidly, and as educators, we are excited to integrate Swedish and Finnish curriculums into our own learning material and NCERT books have no sense of this global perspective. Children in urban and even two-tier cities like Madurai or Coimbatore sometimes return from studying in Norway or America, and for them it is very difficult to adapt to an NCERT textbook. In fact, NIOS and foreign boards offer more exciting choices and material. Let me give you an example. In an NCERT textbook, we are still explaining outdated concepts like a ‘pucca’ house and a ‘temporary’ house, when the whole world is thinking green. I think the government should do a huge overhaul, take sessions for teachers and make sure they are clear on what they are teaching.”

Shashwathi Ghosh, who teaches economics at Harvest, agrees that NCERT books need to be updated but insists that they have tried to change to engage children in better ways. “There are certain aspects of the NCERT texts that are improving. For instance, the economics textbooks are concise and have clarity. In the economics NCERT textbooks in the 9th standard, each concept is first explained with a story. This is something that I find works well with children. Of course, I do cross-reference other textbooks by private publishers and provide supplementary material to the students, especially when it comes to the relevance of data stated in the NCERT books, which are outdated. Also, for the 9th and 10th grade, social science has four NCERT textbooks and carrying them becomes very difficult for the children.”

Where do teachers come in?
Madhwesha Rao BS, who works at Bharat Publishers, a 75-year-old private publisher that has been publishing books from all boards, says that many schools find it hard to adapt to NCERT books, which are less colourful and lack quality. “I have heard teachers say that they encourage their children to read outside the syllabuses and refer to other textbooks but very rarely do children cross-reference other texts. They don’t really have the time, especially in the higher classes.”

Pradeep Kumar Karen from Orient BlackSwan insists that it is never an “either or” scenario, stating that private publishers can work with the board to strike a happy medium and bring out books that match their criteria. “We work very closely with CBSE and add to the curriculum. Much of the R&D team at OBS is built around working with the board. We check with them regarding the content and if all the necessary processes are in place, only then do we print the books. We keep up to date with whatever changes are made either by the CBSE or the ICSE. Consequently, we have observed in many of the schools we work with that NCERT books are not readily available.”

Dakshayani Kanna, Principal of Harvest International School, says this enhancement that the private publishers bring is exactly what the NCERT textbooks could do with. “Let’s say a child is taught a formula. He can commit it to memory but he is unable to apply it. That is missing in NCERT textbooks. If you look at the same topic from maths in an IGCSE textbook, it is so much more application-oriented. This is why many schools prefer private publishers. They have used the framework of the CBSE syllabus and have updated information and given us more application and excellent quality. In fact, many of them collect data one month before delivering the textbooks and that is how updated and relevant these books are. For a child in grade 1, it is hard to read an NCERT textbook. There are no colours, pictures are small and blurred. Small children are very impressionable and such textbooks create little impact on them. If NCERT can privatize their publishing operations and outsource it to a good publisher who can come up with excellent content and quality, then it’s a possibility.” 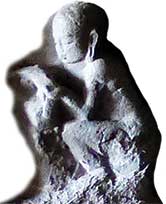 In a press release in March 2017, the HRD ministry denied that there was paucity of NCERT books but based on feedback from both private publishers and schools, it is very difficult to source the books easily. Says Kanna, “We got our Hindi and English books only in July. Last year, our NCERT books arrived only in October and it gets very hard, because we start classes as early as April. We do not even know what we have to teach. We follow only NCERT books from class 8 but our teachers refer to other textbooks and prepare their own resource materials.”

How do teachers fit into the equation? Are they going to be impacted by the mandate, if at all it gets passed? According to Kanna, teachers are required to play a very important role in choosing textbooks and curriculum. “In Harvest, each department sits and selects their books and the HODs send it to me. Core members, including the vice-principal and curriculum head, help me to make the final call. Teachers and departments should have a say in textbook selection because they are subject experts and they know content better any day. We review just to ensure that the books are not too high or not too easy as the ambitions of teachers sometimes vary and we have to look at all the children in class. We also need to look at other aspects like costing and innovation.”

For example, Cambridge is famous for its quality controls. Cambridge-endorsed textbooks and resources are those that have gone through rounds and rounds of rigorous and real-time quality-assurance processes, to the point where resources are labelled as being either ‘endorsed for full syllabus coverage’ or ‘endorsed to cover specific sections, topics or approaches.’ All third-party publishers are vetted by Cambridge subject experts and only then do they get a seal of approval.

In a world that is fast moving from textbooks to a combination of books, resources, discussions and teaching aids, it will be interesting to see how teachers and Indian private publishers align themselves to the changes.

The author is a journalist and writer with bylines in Mint, Deccan Herald, The Hindu and The New Indian Express. She runs a community of parents, teachers, principals and educators named ‘Bangalore Schools.’ Shweta also works as a Development Strategist at I Love Mondays, an organisation that helps teens identify careers they love. She can be reached at shwe.sharan@gmail.com.

Contention and Competition
Textbook tales
Let’s exercise some thought!
Do textbooks have a gender?