The moment we open our mouth and begin to speak in English, people are usually able to guess which part of India we are from. Each region has its own idiosyncrasy. For example, when you hear a person pronouncing ‘pleasure’ like the word ‘player’, you know that the speaker is from Punjab. Someone who says ‘bite’ when he means ‘white’ is probably from the Eastern region of India. The individual who takes great delight in listening to ‘pope music’ instead of ‘pop music’ is likely to be from Gujarat. People who don’t really make a distinction in the pronunciation of the letters ‘m’ and ‘n’ are probably from one of the southern states in India. When I was in college, as a form of ragging, I was repeatedly ordered to spell, as quickly as possible, the word ‘minimum’. Every time I did, the ‘seniors’ used to burst out laughing listening to my ‘Madrasi English’. Poking fun at people because of the manner in which they speak is not something new; it has been going on since time immemorial.

The manner in which we speak to a very large extent depends on the place we come from, and the strata of society we belong to. The Greeks, who gave a lot of importance to rhetoric and prosody, have given us a number of words that describe the idiosyncratic manner in which people speak. ‘Laconic’ and ‘solecism’ are only two such examples. What makes these words interesting is that both are derived from the names of places. A person who is ‘laconic’ is normally brief; he/she does not use too many words to say what he wants to. When I was young and wished to improve my vocabulary, in order to remember the meaning of this word, I always remembered the films in which Amitabh Bachchan played the role of the angry young man. Remember our Vijay in ‘Deewar’, ‘Zanjeer’, ‘Sholay’ and ‘Trishul’? In these movies, Amitabh hardly spoke; he was laconic. Whenever the heroine or villain spoke at length about something, the angry young man with his brooding eyes listened to them intently, and responded in a single word/line. The character Vijay was a man of very few words; his replies were usually blunt and brief. Imagine trying to carry on a conversation with such a person in real life! 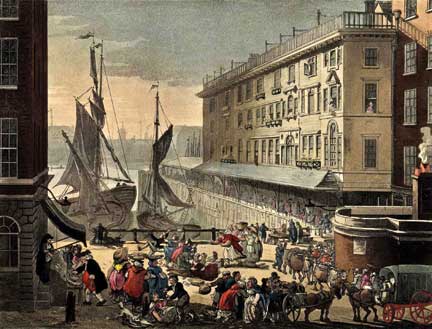 Worse still, imagine what life would be like if you lived in a place where everyone was laconic as Vijay! Apparently, there was one such place in southern Greece a long time ago. It was called ‘Lakonikos’ and it was very close to the famous city of Sparta. It is from ‘Lakonikos’ that we get the word ‘laconic’. The people who lived in this region were known for their ability to ration their words. (If only our politicians could master this skill!) Whatever they said, it was to the point. The story goes that Philip of Macedon sent a message of warning to the Lakonians. The message was: “If I enter Lakoniko with my army, I shall raze Sparta to the ground. I will destroy it.” The Lakonikans terse response to this threat was “If”!

The Greeks were also instrumental in giving us ‘solecism’, a word meaning ‘non-standard’ or ungrammatical use of language. Like ‘laconic’, it too is derived from the name of a place. ‘Solecism’ comes from ‘Soloi’, a province in the region of Cilicia – the ancient name of southern Turkey. During the glory days of the Greek empire, Soloi was a part of Greece. Being far removed from Athens, the people who lived in the province of Soloi didn’t have regular contact with native speakers of Greek. As a result, they developed a dialect of their own. When the ‘true Greeks’ came to visit Soloi, they were shocked by the rather crude and ungrammatical language that was being used in the province. As everyone in ‘Soloi’ spoke this crude language, the Greeks came up with the word ‘soloikos’ meaning to ‘speak ungrammatical Greek like the people of Soloi’. It is from this that we get the word ‘solecism’ meaning to make an error while speaking or writing.

This practice of identifying people by the manner in which they speak and referring to them by the place name was common in England as well. Take for example, the word ‘billingsgate’. Nowadays, the word is used to refer to the crude or foul language used by someone. For example, we sometimes hear people say that the workers hurled more billingsgate at their boss after his speech. ‘Billingsgate’ is actually the name of place in London. In the past, it was a well-known fish market close to the London Bridge. During its heyday, the place was well known for two things – the smell of fish and the abusive language used by the people doing business there. Believe it or not, the people using the filthy language were mostly women! The fishwives who conducted business in Billingsgate were famous not only for their salted fish, but also their salty language! It is for this reason that billingsgate means ‘abusive or foul language’. When someone swears, he usually loses his temper and makes use of plenty of unnecessary words. Makes you wonder what a laconic person does when he has to swear. Is he able to ration his adjectives when he is angry?