This academic year, I am going to face a situation that many teachers actually dread – my co-worker’s child will be my student. I have heard ‘horror’ stories of how children sometimes (mis) behave because they unfortunately think that their parent’s presence in the school grants them the license to do so. Please help with suggestions.

It is very convenient for a parent to have her child study in the same school that she teaches in, both for financial and practical purposes. The parent and the child get the same holidays and the same exam days, and in many cases they can leave home together and also return together.

Since schools do not allow the student to be in the parent’s class, the child automatically becomes the student of a co-worker, or worse still, a co-worker who is also a good friend. The teacher, the child, the parent and the school have to be ‘mature’ enough to be aware of the sticky and awkward situations it can generate, such as the occasional disruption of the discipline and the learning process in class by this single individual.bounce house sales canada 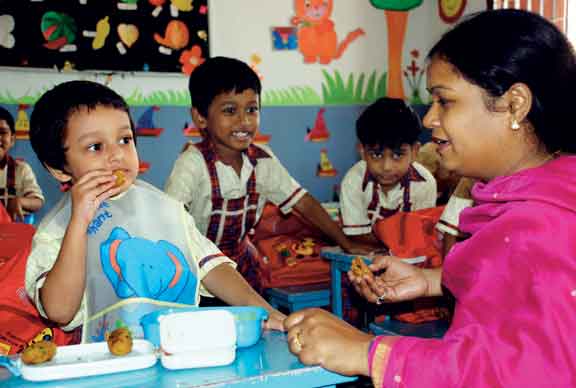 There are wards of co-workers whose behaviour is impeccable, but I am here focusing on the extreme cases where the student sometimes drives the teacher a little more bananas than the others. The student may also threaten the authority of the teacher, and worse, unsettle the other well-behaved children, who start wondering why they have to be angels!

Ideally speaking, the school should lay down some ground rules. When the rules are laid down by the administration, the people involved in the situation accept them without too many complaints.

The following can be used as a general framework to make sure that the child, the teacher and the parent-teacher co-operate for the good of all.

A word of caution however: there are situations when a co-teacher’s child is either sidelined or scrutinized minutely (for negative traits!) only because the parent is teaching in the same school. As teachers, we have to make sure that we are treating the child/student fairly and are not allowing our prejudices to take to take control.