There was a song we once learned for a school concert. The words come back to me now as I put my fingers to the keyboard: What did you learn in school today? The song captures the exchange between a parent and child, and brings to light the many mistakes that governments have made in the past in terms of war, and later, the justification for those wars. It was a simple enough song to learn and to sing, but the full import of those words would only be felt much later, when I actually knew enough about the ‘wars in Germany and in France’ to realize why speaking of them in that childishly admiring voice was sinister. 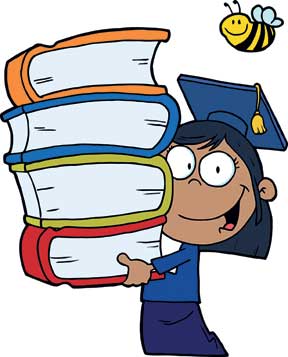 Why does this song come to mind now? Perhaps it’s because it provides such a neat analogy to what I’m attempting to write about. I’ve been in noncompetitive, so called ‘alternative’ schools from my fourth grade to my twelfth, and it’s only after leaving them that I realize what kind of an impact they’ve had on me. Like the song, it’s only after considering the experience from a vantage point of a few years that I can understand its full value, and try to gauge what exactly those years did to make me the kind of student I am today.

Both Vidyaranya High School and The Valley School, Bangalore, follow Krishnamurti’s philosophies, including fostering the spirit of noncompetition. And for a brief time before that, I was at Centre for Leaning, Hyderabad, also an alternative space. Students are not punished for doing badly in the examinations, but neither are they materially rewarded for performing well. Coming from such a background, it may seem more than a little surprising that I am competitive, that I do strive to get the most I can out of whatever confronts me in the academic realm – be it an exam, an oral presentation, or a term paper.

What went wrong? Absolutely nothing. In fact, I think this drive shows the success of the system itself. When I strive to get that top notch, I know I’m doing it simply because of the satisfaction it brings me, because I want to. I’m not being rewarded for pleasing someone else, I’m not working towards a material gain that I can see like a medal or a prize (at least, not all of the time!). Because no one is forcing me to come first- no teachers, no parents pressurizing me at home – and no one is enticing me with promises of rewards, I can trust myself. I know that it is what I want. And therefore I throw my all into doing it, and basking in the satisfaction that comes afterwards.

This is one of the most important lessons that I’ve culled from my schooling – to do something for the pure pleasure it gives you, not to be bullied into it by external agencies. The fun of the work is what is supposed to fuel students; by throwing before them the threat of punishment or the nebulous promise of rewards, we distort the picture, prioritize the wrong thing – the result – when we should actually be asking them to focus on the means to getting that result. I don’t think I have the experience or the knowledge necessary to discourse here on educational policies and so forth, but I do firmly believe that my own education has been a good one, and the manner in which it has happened has played an enormous role in getting me to where I am today.

The author is a literature student at Delhi University. She can be reached at achalaupendran@gmail.com.