When the Editor informed me that this special issue was to be about nutrition and diet, I immediately recalled the words of the inimitable Mae West – “I never worry about diets. The only carrots that worry me are the number you get in a diamond.”

As a child, falling ill meant paying a visit to the ‘family doctor’ with one or both my parents. Unlike the doctors of today, the elderly gentleman’s nameplate didn’t boast of too many degrees, but he knew most of his patients by name. On seeing us, he would give a genuine smile, and the first few minutes would be spent exchanging pleasantries. He would then turn his attention to me, and say with a twinkle in his eye, “I’m sure this rascal has a science or maths test tomorrow; that’s why he is pretending to be sick.” While my mother rattled off the symptoms of my illness, the doctor would go through his well-rehearsed routine. First, he would stick a thermometer in my mouth, and while I was trying to ensure that I didn’t accidentally bite into the glass, he would proceed to pull down my lower eyelid to check if I was anemic. Once the temperature had been determined, I was asked to do some deep breathing, while the doctor placed his cold stethoscope on different areas of my chest and back. Then followed two more tests that I looked forward to whenever I visited the doctor – the checking of my blood pressure, and then being hit on the knee with a rubber hammer and seeing my leg automatically shoot up. At the end of it all, the doctor would give me a pat on the head and declare, “There is nothing wrong with him, he is only pretending.” He would then shout for his compounder, and proceed to inform my parents in a hushed voice as to what was ailing their not-so-precious son. The compounder would be told what strange mixtures to prepare, and after spending a few more minutes catching up on gossip, my parents would bid goodbye and lead me to a small room filled with colourful, bottled concoctions. When the compounder handed us the ‘mixture’, we never questioned whether the old corked bottles had been sterilized or not, or what the pink concoction inside the old bottle contained. We had implicit faith that the ugly green, pink and pale yellow liquids he was giving us would cure us of our illness. 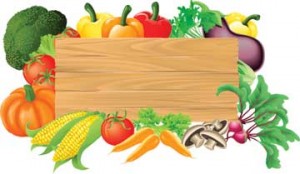 We trusted the doctor, and all members of the family gravitated to him with their assorted problems – chest pain, headaches, flu, nausea, indigestion, constipation, etc. The era of specialization had not come into being, and our doctor, armed with his strange looking concoctions was willing to roll up his sleeves and battle with any ailment – a far cry from the doctors of today, who deem it necessary to send you to the nearest diagnostic centre to carry out a minimum of two tests, irrespective of how trivial your ailment is. When the results come in, the man of multiple degrees recommends that you consult a specialist making you wonder why you went to the person in the first place.

Such specialists exist not just in the field of medicine, but in all areas. Specialization has become a common phenomenon even among teachers. Professors in universities boast they have specialized in T.S. Eliot or Shakespeare. Some would suggest that the use of the term ‘specialist’ is a euphemistic way of saying they know nothing else; that their knowledge of their discipline is rather limited! New terms are being coined every day to refer to not only what one does, but also what one eats! In the past, when I informed people that I was a vegetarian, they would merely nod their head sagely and continue with the conversation. Nowadays, the umbrella term ‘vegetarian’ does not satisfy all; some want to know what type of vegetarian I am. Do I eat eggs? Is fish a part of my staple diet? Do I avoid milk and milk products? Terms like ‘lacto vegetarian’, ‘lacto-ovo vegetarian’ and ‘vegan’ have been coined to differentiate these various types of vegetarians!

As we all know, ‘lacto’ means ‘milk’ and ‘ovo’ means egg. A ‘lacto-vegetarian’ is therefore, someone who not only eats vegetables, but also dairy products like milk, cheese, butter, etc. This individual abstains from eggs and products made from eggs. A ‘lacto-ovo-vegetarian’, on the other hand, is someone who consumes both milk and egg products. Those who do not eat eggs, but don’t mind tucking into cakes and other goodies made with eggs would be labelled ‘lacto-ovo vegetarian’. Then of course, there are people who would consider eggs and milk a ‘no no’. Such individuals who sustain themselves on vegetables and fruit are called ‘vegan’. The ‘e’ is pronounced like the ‘ee’ in ‘feel’ and ‘peel’, while the ‘g’ is like the ‘g’ in ‘gun’ and ‘gum’. The word is pronounced ‘VEE-gen’ with the stress on the first syllable.

Now, you would think three types of vegetarians would be more than enough. There needn’t be any further subcategorization, right? Wrong! We have forgotten about the fruitcakes among the vegetarians! Sorry, I mean those who survive on fruit alone. An individual who sustains himself on fruit is called….you guessed it, a ‘fruitarian’. And what about those who think that fish is a vegetable which grows in the sea? People who eat only fish and not poultry or any other meat are called ‘pescatarians’.

People with a warped mind often ask, “How can you call yourself a vegetarian when you eat ‘snake gourd’, ‘ladies fingers’ and ‘sweetmeat’?” I tell them that Shakespeare was wrong ; very often, it is the exotic name that makes people take interest in a vegetable. Recent research done with children at Cornell University in the US, suggests that when boring and dull vegetables like carrots and beans are given attractive names like ‘X-Ray Vision Carrots’ and ‘Silly Dilly Green Beans’, kids willingly take a helping or two of the vegetables and eat them without complaining.

Clearly, labels – and not just those on food packaging – can make a difference.

The author teaches at The English and Foreign Languages University, Hyderabad. He can be reached at