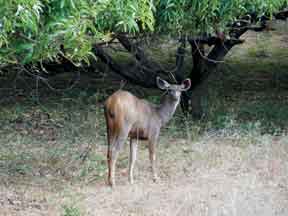 The term biodiversity has its origins in the term ‘natural diversity’. It is so broad in its scope that it has been interpreted in several different ways in literature and in speech. It is taught in schools generally with reference to the diversity of different living species. Biodiversity is a broad term encompassing several diversities associated with life on earth. Many in the scientific world believe that it is nothing but an alternative term to ecology.

Historically, the term, ‘biological diversity’ was introduced in 1968 by the wild life scientist, Raymond F Dasmann, in a book that highlighted the need for conservation. The scientific community chose to replace the commonly prevalent term, natural diversity with biological diversity only in the 1980s after leading American conservationists started advocating its use and began using it in their talks and books. This term was further shortened to biodiversity by W G Rosen in 1985, and the famous myrmecologist, E O Wilson chose it as a title for the first publication of National Forum on Biological Diversity in 1989. It is now the accepted term when referring to issues related to conservation. In the scientific world, there is still no accepted agreement as to what this term stands for. The Convention on Biological Diversity (CBD) is an internationally binding treaty set forth by United Nations. It defines biological diversity as, “The variability among living organisms from all sources, including, ‘inter alia’, terrestrial, marine, and other aquatic ecosystems, and the ecological complexes of which they are part: this includes diversity within species, between species and of ecosystems.”

Biodiversity by this definition is a sum of parts; is a whole of four levels of diversity: ecosystem, species, genetic, and molecular diversity. This unified representation initially did not have molecular diversity. With increasing work done at the molecular level to identify species – DNA barcoding for example – this was added as one more representative component in 2003. Why so much talk about biodiversity when there is a fully established scientific discipline called ecology to study all the four levels mentioned? What difference does this term bring to us? This is a difficult question to answer. But, if I were to hazard a guess then it would be that this term is easily understood. Although the understanding and usage is often superficial relating to just one level namely to species of living organisms, if it can serve the purpose of awakening people’s conscience to the need for conservation, then any or all new terms may be welcomed.