Our common criticism of the world is that it lacks positive values. As examples people cite the lack of respect young people seem to have for elders, the rise of rap as a music form, the increase of explicit sexuality in public media, the decreasing influence of or interest in religious affairs, and the explosion of scams in many countries including our own. When you think of the world like this, the criticism seems to hold water, despite the parallel stories of great people – young and old – doing wonderful things worldwide on behalf of suffering people, animals, and the earth. It just struck me that perhaps people simply don’t recognize their own values or, when they do, don’t know how to improve them. 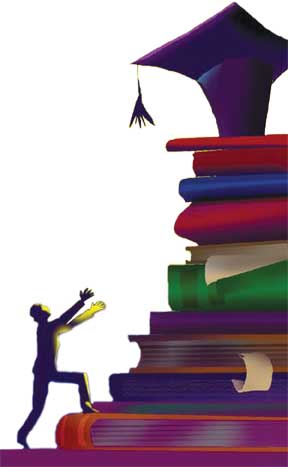 A characteristic of our times is the increase in the number of suicides in our learning centres – yes in schools, but also and alarmingly in the brain-centres of our country, our IITs. I don’t want to analyze the whole issue of students’ committing suicide here, but only its increase among the bright young folk, who have after all, arrived at the peak of what we regard as the academic Olympus.

A former student once phoned to tell me that he had just secured a major banking managership after winning impressive accolades in IIT and then in other centres around the country. When I congratulated him on it all, he replied a little irritably, “Brother, that’s not why I phoned. I phoned to ask you, is this all?”

One day at an Old Boys’ Association gathering, I asked one of them, a well-settled and well-off married man of 35, how he now felt about life in general. To my amazement he burst into tears. “Brother, it doesn’t mean anything! I get up in the morning, get the kids off to school, go to my office, come back in the evening, help the kids with their homework, maybe have sex with my wife and then go to sleep. And that’s it. It doesn’t mean anything!”

I could cite even more instances of how we peddle false gods to our students; get them to believe that once they reach the top of that mountain, all is glory, roses, and bliss. We all live in a yellow submarine, and our friends are all aboard – going nowhere, drunk with what we imagine is life-giving, but heading inevitably for the terrible hangover of reality.

These are the values we – teachers and parents – impart to our students. We work hard at it, by and large, allying ourselves with the prevalent lie. And there they are, finally arrived in their IITs, cheeks aglow, proud parents bracketing them in the family photos, denizens of Valhalla.

They haven’t heard of value systems, much less of a meaningful deity, of the MCG – the Mystery Called God – of the wonder of simply being a reflective inhabitant of this planet in this galaxy in this cosmos. Well, let’s be fair. We taught them the values of assiduity and conformity, of discipline and respect, maybe even of tolerance and cooperation. True, some kicked over the traces along the way, but by and large that’s what we did. And the kids turn out a credit to us, reinforcing by their success stories the values we imparted to them.

So here they are in IIT, aglow with happiness to be with all the other bright young people in their yellow submarine. But after a while they identify their fan-hook and the rope or sari that will offer them a way out. They believed in the gods we offered them. And having arrived in the sacred presence they are screaming or whispering, “There’s nothing here!”

As children, they simply cry or feel sad about things like permissions being refused or discovering they no longer enjoy things they used to like – comics, hide-and-seek, dressing up, etc. They are unconscious as to how they move up to another level where their values have shifted automatically. But as they mature, they have to make choices, or put up with choices others make for them – they have to study, to keep time schedules, to obey, and so on.

Things get more challenging when they learn that the value system they choose outside the prescriptions of student life is entirely theirs to explore. For example, many get into the teen scene of drugs, drink, sexual indulgence. They may still be getting the required marks in the academic field, but outside of that all is governed by the pleasure principle.

This is where the absence of a value system hits home. They know, intellectually, that this lifestyle is not doing them any good. But they do not see that changing it will bring any worthwhile benefits other than the pious approval from their elders. And after all, it brings immediate satisfaction. And often popularity as well.

Now comes the moment of insight, the realization that they are trapped in this particular way of substance-addicted life, or less objectionably (emotionally) but equally binding, that they cannot conceive of life without this particular boy/girl, or less objectionably still (socially), the prospect of not getting the required scores in their academics. They find themselves inescapably addicted, or totally dependent on the relationship, or appalled by the possibility of not scoring adequately. They succumb yet again, the boy/girl walks out, the percentage is low. What could be more attractive than dying? 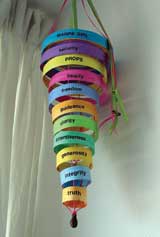 This is where they need to have been trained in value lifting. They need to have been told in their school and college years that it is ok to call for help, that one needs to be able to respond to the agony of separation, an agony that will in any case be less harrowing within two months at the longest, that the world is full of people who didn’t get the percentages but moved their focus on to something different and squared up to that demand. What happens here is that they need consciously to be aware that there is an alternative to running away from life, that it is not only ok but hugely maturing, that in fact there is no true adulthood without it, and that when the agony is passed – getting control of the addiction, moving on without the boy/girl, recognizing that failure in an exam is not failure in life – one has in fact moved on to a new level of living, richer, deeper, none the worse for the scars it has left.

This is where we teachers fail the senior kids. We don’t tune them into that reality. It is silly to tell ourselves that they are too young to understand the implications of such ideas. They may be, but when the crunch falls they will remember the handhold that was offered to them. I recall a student who failed his school final exam several years ago, alone of all his mates. Subsequently, the exam authorities telegrammed the school apologizing for a misprint; they had written 58 instead of 85. I asked him how he had responded to the bad news. He told me that he had opted for suicide, but that he had remembered a school camp we had had earlier in the year, and decided then to choose life and do something more constructive. It corroborates my point.

They need to be taught that every choice shifts the value system – up or down. They choose porn, they know it’s a choice to lower their value system. They choose silence instead of a tantrum, they know it’s a choice to raise their value system. This equips them to raise it to frankly heroic heights when the issues become life-or-death. But if they don’t know that, if no one has taught them, then the situation looks bleak indeed. Like all good teaching, it needs to be repeated, illustrated, implanted. Because if one thing is certain in this uncertain world, it is that the day will surely come when they have to make that choice. Reality is that most don’t, and if they don’t actually commit suicide they go on to ‘live lives of quiet desperation’. If we haven’t prepared them, then we are not guiltless. It would surely help if they put this stuff in the teacher training manuals.

The author is a Christian Brother, who has spent half a century in India in education, involved at every level from the universities to the drains and platforms, and as a member of the ngo SERVE is still working to take the pain out of the Indian classrooms. He can be reached at [email protected].