A few decades ago, summer vacations meant making a beeline for the unfortunate relative who lived in a hill station, parking yourself in his house for a month or so, and whiling your time away eating, playing, talking and sleeping. While you were there, others with whom you had blood ties, and had similar ideas as you, dropped in on the poor host, unannounced. It was a clan get together of sorts, and the host, at least outwardly, didn’t seem to mind the home invasion. Summer was the time when you reconnected with your cousins and caught up on family gossip.

How times have changed! Nowadays, summer vacation for me means staying at home and roasting in the Hyderabad heat. Even if I do take a trip, it is not for more than five days. It’s not that I don’t want to plant myself somewhere for a longer period of time, but I have realized that there are not too many people on this planet who are willing to put up with me for the duration that I would like them to. Three days into the stay, my rather sensitive skin picks up signals that I need to move on. So, instead of making these short trips to meet the not-so-near and dear ones, I have for the past five or six years, spent my summer vacation at home. 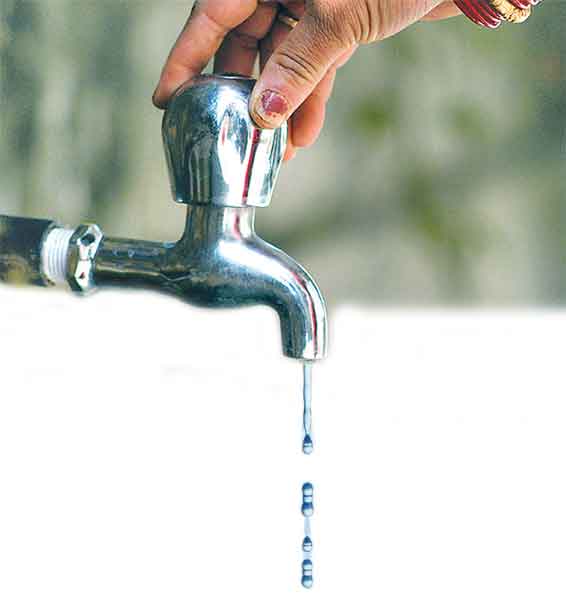 Before the beginning of every vacation, like many teachers I know, I make a list of things that I would like to do during the break – ‘catching up on reading’, ‘writing articles/books’, ‘preparing for the next semester’ are some of the things that find their way to the top of the list. But you know what they say, what man proposes, God disposes. A week into the break, the cerebral aspirations are laid to rest, and the mundane ones take over.

Like any Agatha Christie novel, I have found that a typical summer’s day in Hyderabad begins with an element of mystery. No sooner do I open my eyes, the tiny grey cells begin to work on all four cylinders – or is it six? The mind, yet to be fried like ‘aalu roast’ in the intense heat of the afternoon sun, is teeming with questions. Not the kind I would ask my students, but moot, nevertheless. “When I open the tap, will the eyes be treated to the sight of flowing water, or will the ears be greeted by the hissing sound of hot air? Is there enough water stored in the growing number of tubs and buckets that occupy every corner of the bathroom and kitchen to see us through the morning? Do I have enough innerwear to last another two days or do the clothes need to be washed today? Will the ‘official’ two-hour power cut be unofficially extended by another two hours? Should the kids be allowed to sleep through the day so they don’t need to take a bath? Will the ‘tanker’ that my poor mother-in-law has been dialling for tirelessly finally arrive?” Questions, questions and more questions. They flit across the mind, and like the world famous sleuth, Hercules Poirot, I search for clues, which will help me answer them. Over my early morning cup of coffee, I browse the newspaper to determine if there is any ‘maintenance work’ (euphemism for ‘power shutdown’) being carried out by the Electricity Board in or around my area. If there is a mention of it and the newspaper claims that it will be a two-hour shutdown, as a veteran Hyderabadi, I am mentally prepared for a five-hour shutdown.

Depression sets in and I go to the balcony and carefully survey the neighbour’s garden and look for tell-tales signs of the plants having been stealthily watered during the night. If the smell of wet earth greets my nostrils, then my suspicion that the man has been siphoning water using an unauthorized pump is firmly cemented. Should I call the Municipal authorities or the Chairperson of my housing society and inform them of my suspicion? While I am debating the issue, the neighbour saunters out and gives a nod, and I respond with a rather sheepish grin. ‘The thief’, I mutter to myself.

The non-stop activity within the head and the morning heat make me go into a coma; I come out of it when I hear my mother-in-law say the magic word: ‘Tanker’! As the word reverberates in and around the house, all members rush to man his/her battle station. The group works like a well-oiled machine, much like the well-oiled moustache of Poirot. Buckets and tubs in various sizes, shapes and colours are placed next to the ‘sump’ into which the tanker is depositing its contents. The motor is switched on for the water to be pumped up to the overhead tank. When the sump gets filled, the pipe is directed at the buckets and tubs. As each container gets filled, eager hands grab it to pour the water on parched plants. This furious activity goes on for twenty minutes, when finally the driver announces that the tanker is empty. He is paid and sent away, but we stand around the sump listening to the beautiful purr of the motor pumping up the water. Every two or three minutes, we take turns pouring water from the bucket into the sump. Half an hour later, all buckets and tubs stand empty. I look at the family members survey the empty buckets with a sense of pride; the major task for the day is over. Well, maybe not. Now that we have water, I guess I need to go wash the clothes.