A problem surfaces; science takes time to resolve it and then the rest of us take our time catching up with science. Human history has been like that. With the World Wide Web going live on 6 Aug 1991, a transformation was set in motion, the likes of which mankind could never have foreseen. Facebook came in 2004, Twitter followed in 2006 and Instagram made its debut in 2010, all in a short span of six years. Two core components of this phenomenon are affecting our children in fundamental ways today and the proof is Delhi’s “Bois Locker Room” incident. It behoves the adults to ask what could have been the source of the language and imagery used on the Instachat quoted.

The ease of access and nature of content available online today may help to put this alarming incident into context. All the social media platforms sustain themselves on the advertiser supported model. For a social media site to go from 300 million users to 2.5 billion and beyond, access has to be easy, almost effortless, and most of all, free. And even though there is talk of ‘breaking the law’ in terms of age limits, these age limits are in fact not law. The reason that a majority of social networks have these age limits and use the magic number of 13 years, is to comply with USA’s COPPA laws (Children’s Online Privacy Protection Act). This states that it is illegal for companies to obtain certain information and data from any child under the age of 13 without parental consent.

Now, let’s talk about the content on these highly accessible platforms. There are hooks out there, ready to garner more users. It does not even take a click. Many a young, unprepared and impressionable mind has had adult images thrust before their saucer eyes from unexpected quarters online. And since children as young as eight or nine years roam the social media, this has the potential to grow in hugely uncomfortable and challenging directions. Parents and teachers are not only unaware most of the times but totally unprepared to help. 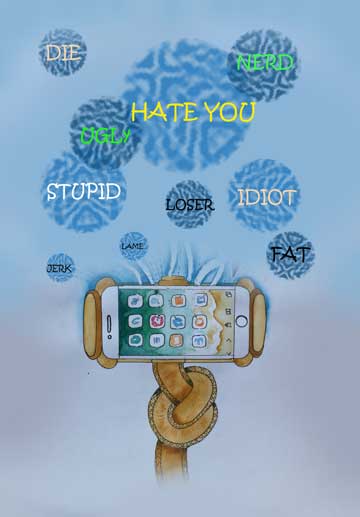 It has been referred to as the “new drug” out there, an “untreated pandemic”. Pornography is a multi-billion dollar global industry today, with revenue anywhere from $2 billion to $90 billion per year. It is a growing, constantly evolving business with employees, revenue, taxes and publicity events. It was thanks to the internet that it went from being the taboo “magazine under the bed” motif to an immediately accessible commodity. Age no bar!

Now businesses need to be constantly offering new services, a USP, a bigger bang for the buck on the internet to the customers who are spoilt for choice. It is just too easy for them to go elsewhere if your product no longer does what they want it to. Since the consumers don’t have to wait for something, they absolutely won’t. The porn industry is no different? It retains, maintains and grows its customer base by appealing to and changing with their wants and desires, whatever they may be. Foundationally, this means having a wealth of “content”. In other words, there are super normal stimuli available on these sites that hold immense power over the viewer and are capable of hijacking their attention and influencing their perception. There is a distorted view about what it means to be human on the screen and depictions involve violence, degradation and dehumanization.

Given that impulse control and ethical thinking are not yet developed in young people to the level that many of these networks require, the children are cognitively, socially and emotionally, just not ready. The unfortunate message they get from porn is that you are supposed to be violent when you are intimate. Boys learn that she likes to be hit and girls grow up thinking that if he hits, she should like it. This document of a woman’s humiliation is a sure shot recipe for rape. It is bound to have a ripple effect in the social context wherein people lose their ability to connect with others in real life since nothing in the physical realm can compare with what is available on the screen.

For parents, just setting a good example is therefore not good enough. They have to inform themselves, be aware, open and relevant to the confusing world their children inhabit. There are some skills, thinking, behaviours and conversations the young will most certainly need in order to take care of themselves online. How do they determine if someone is exactly who they say they are online? How do they deal with cyberbullying, with digital drama, with possible exclusion and comparison? Do they have the resilience to the odd nasty comment and know how to deal with someone’s anger and prejudice? Do they have the skills to deal with a group chat gone wrong? Can they block and report and deal with unwanted attention? Do they exercise some control over the time spent online? Are they in the know of what happens to the data and images they share?

This complex thinking that is needed to make the most accurate assumptions about the connections they make and the content they devour, should be part of their education from the moment they start hanging out online. If they are using social media early, these conversations will need to happen earlier. They will need good mentoring and role modeling about what it means to be in control of their social network feeds. To be shown how to be intentional about who they are interacting with and why, to be mindful of what they are consuming and to be aware of the effects their social media feeds have on their own social and emotional wellbeing.

Every girl needs to feel safe and every boy must be able to develop the capacity to express the full range of his humanity.

The author is a professional speaker on the “Generation Gap”. She is a former teacher/journalist, published author with a background and training in media, having worked in advertizing, public relations, documentary film making, and feature journalism. She can be reached at neerja@neerjasingh.com.