My school, Shishuvan, hosts either a project-day or a fair every year. They are times of anticipation and fun for all of us.

Last year, which was my first year at the school, we had the fair. The topic was ‘fun’. In previous fairs, the topics had been ‘harmony’, ‘democracy’ and so on. This year, however, the topic was fun. Why fun? Well, the school noticed that quite a few children were indulging in activities that were supposed to be ‘fun’, but were really inhuman: there was a lot of physical fighting and rudeness. For this fair, we explored the safe activities that we put under the umbrella term, ‘fun’.

I was in the seventh grade then. We came up with a lot of games to put up and eventually shortlisted our favourites. Then, we were divided into groups to work on the various games. I worked with the ‘Kaun Banega Minutepati?’ stall. This was where the visitors would need to complete the games in a minute. In all, there were six games. There was the game called ‘Oolta Fulta’, which consisted of having to recite the alphabet backwards in a minute; we had ‘The Water Rusher’, where people needed to transfer water from one bowl to another, with a straw, in a minute; we also had ‘One-Minute Talkies’, consisting of three bowls, with age-appropriate topics (such as ‘house for young children, ‘Harry Potter’ for the teens and ‘newspapers’ for the adults), about which people had to speak for a minute. The teacher in charge of my stall, Vahbiz, was very supportive and helped us a lot. We assisted each other, worked with one another and became a firm team. We made posters advertising our stall and our games, and we put them up all over the school. 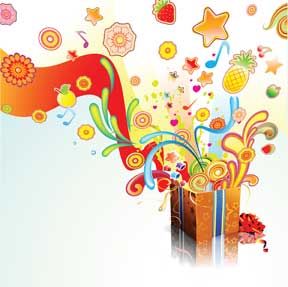 Finally, after a few weeks of preparing, the two big days of the fair arrived. A humungous poster, proclaiming ‘FUN!’ in larger-than-life letters, was strung up at the main gate. In the centre of the ground, a stage was erected, on which there were performances ever so often. We were given time-slots: two hours each, per day. We arrived early and put up the posters, made sure the items that we were going to use were in place and waited for the visitors.

At 4 or 4.30, people arrived. By 5, the ground was full of noisy, interested people. They visited the stalls; soon, some came to our ‘One-Minute Talkies’ stall. We told them the rules and had them speak. I remember that there was one lady who spoke with great force, about newspapers. People were generally ready and eager to talk. Those who were successful, or close, in speaking for a minute, were given badges saying things like ‘CHATTERBOX’ and so on. Quite a few people succeeded in saying the alphabet backwards. And by the end of the day, the table used for the water rusher stall was dripping wet. Every half-hour, there was a performance of some sort on the stage: there was a ‘Shivaji Dance’ by the eighth standard; a ‘soylattum’ dance by the sixth; while my class, the seventh, put up a qawwali, which we’d seen when we went to Delhi from school. The qawwali was a big hit; the group sang ‘Dum-a-dum mast kalander’ and ‘Chhaap tilak’. On the second day, during the last qawwali performance, all the teachers and our principal joined in. Our science teacher, Meera, even sang the aalaap, much to our delight.

The soylattum, which was performed by the sixth grade, was a combination of two South-Indian dances, which they (the sixth) had learnt when they had gone to Chennai. The Shivaji dance was also one the eighth had learnt on their visit to the Konkan. A stall from our class dealt with fortune telling: there was handwriting-analysis, zodiac signs and so on. It was rather fun, but not very believable. Another stall from our class had a laughter challenge. This consisted of the person who’d come to the stall trying to make one of the stall-members laugh, without touching them. I failed miserably to make my friend, Sushil, laugh. One also had to combine snippets from proverbs to create one’s own proverb. For example, birds of a feather make Jack a dull boy. The fifth grade had a stall that included a cardboard clown with two long pieces of string coming out of his mouth. We had to balance a ball between the strings and then try to get the ball through the clown’s mouth via the strings. Great fun! There was a food stall, too that served juice and also paani-poori, with pomegranate. Not bad.

The fair was a great success. We had lots and lots of visitors. With this fair, the school hoped that the students discovered various ways to have fun; ways in which both the parties enjoy themselves. ‘Real’ fun. In the end, we all went home, tired, spent, but extremely happy.

The author is a class 8 student at Shishuvan school, Mumbai. He can be reached at [email protected].