The judge’s chair during a junior wing dance competition gets increasingly uncomfortable. I sit there fiddling with my pen and staring at the score sheet. The costume is authentic, the synchrony is great, the stage has been used well but the lyrics of the song are age inappropriate and so are the expressions and the accompanying body thrusts. There is, “Darling aankho se aankhechaar hone do” and “Bahon mein aasoniye, bas ekraat keliye” and “Wanna be my chammakchallo ooh oooh”.

Sure, it is easy to indulgently dismiss the butterball reproduction of raunchy, Bollywood choreography. The tubbies do look cute in adult finery, although the eye pauses on the strings and the lack of them. To make it tougher to protest, the audience are quick on the trigger with these dubious numbers, clapping and joining in with a hearty chorus. I have pinched myself and turned 360 degrees to try and catch the eyes of the other seniors sitting there. Some do shake their heads slowly but quite a few wear a mock stern expression, barely hiding the twinkle in the eye. 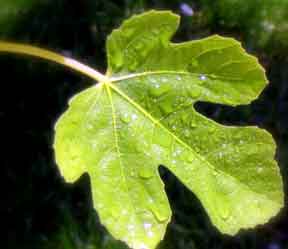 So the competition moves on, year after year, grade after grade. One particularly concern filled year, a blanket ban was implemented on all filmy song and dance. The participation plunged to an alarming low. There were some protests from the parents! Many were not equipped to assist their children in the preparation without help from the TV. And so we had these little ones, stumbling up to the music table with their CDs of Lady Gaga and Rihanna. I twittered inwardly, wondering at the deadly music video images that had to be streaming through the tiny heads when the notes of these worthies came on.

Whether we like it or not, admit it or not, see it or not, our children are afloat in a sexual revolution of sorts today. The popular culture and media are completely permeated with sexual messages. As a matter of fact, so ubiquitous is sex that the information inflow is beginning from the time of birth. We can be ostriches and stick our heads where they belong but the truth is that many children are dealing with aspects of sexuality early on, as early as the primary school level.

Of course there is a strong adult discontent with these alarming developments. The world is very different from the one in which they grew up. There is today, an undercurrent, a constant leitmotif, a casual acceptance of sexuality that was unimaginable in the years gone by. An easy access to Internet, the versatility of mobile phones, rumours emanating out of playgrounds and school buses, the conflicting messages from the environment about sex…… do the children have the oars to steer a safe way through this morass?

What is right and what is wrong? Whose responsibility is it to equip the young with the necessary relationship skills?

Surely the basic responsibility for teaching children about sex rests with parents. But what happens when too many of them abdicate this charge for one reason or the other? Do the schools then step in? After all, they did not create this charged atmosphere. But they can certainly try and help the students cope with it by giving them access to essential knowledge that can ease their transition from adolescence to adulthood.

This is possible only through planned and relevant sex-education programs in schools. Give the children basic information and skills, in exactly the same way that they start with ABC when they begin to read and write. It’s good if they have this information before their bodies start to change. Talking about body parts is often easier for children when they are younger as they are less self-conscious and sensitive about their bodies.

My concern is: have we, as a society become anaesthetized to age and grace inappropriate sexual messages? So desensitized is the prevalent social air that anything and everything seems to go. We are completely blind to what this irregular acceptance is doing to our children. In fact, we are joining in. I have to admit, that I swung to both the Sheila and Munni numbers with our fifth graders, during a school camp, telling myself that the volume was loud enough to render the lyrics unintelligible!

The question is not about sexuality per se but of a version that does not go well with a certain chronological, mental and emotional level of growth. Either which way, we in India need to hear the wakeup call. It is no longer a so called “western” phenomenon like we smugly tell ourselves. It is knocking at our doors, if we care to switch off the idiot box and listen.

The author is a Resource Center-in-charge in the Junior Wing of Air Force BalBharati School. She can be reached at neersing02@hotmail.com. She also blogs at http://confessionsofanambitiousmother.blogspot.in/