Do boys and girls of the same class receive different education? The following is a small part of the interaction between teachers and students of class seven. It is a physics lesson on electricity.

Teacher (T): Distributes battery (cell), bulb and wires to students and tells them to read the voltage of the battery.
Student (S) 1- It is written here.
S2 to S1- I don’t know where it is written. Can you show me?
S3- It is 1.5 V.
T: Now make a circuit and see if the bulb glows.
S4- Hey everyone, with two batteries it glows better.
T- What kind of connection is it, parallel or series?
S4- Series.
T- What is the voltage in series connection if three batteries with 1.5 volts each are used?
S5- 5.5
S7- It is 4.5 Volts.
S8- Here we have insulated wire, what will happen if one touches the transmitter wire?
S9- Crows sits on them, nothing happens.

Now, if I indicate that all of the above student responses were only from boys, would one accept that boys and girls receive different education in the same classroom? Where is the voice of the girls here? Why did the teacher ignore the fact that the girls were completely silent in the above class? To me as an observer, the classroom looked very interactive. The teacher was giving day-to-day examples, trying to relate physics to everyday lives. But there was uneven distribution of the teacher’s time, energy, and attention, all of which was spent on the boys. The teacher, when interviewed, said that boys naturally like physics, have a lot of interest and do well in physics. Abstract concepts like physics are suitable for boys and hence they do well. That girls do not show interest in the subject is accepted as natural by the teacher. It is clear how gender stereotypes are perpetuated and get reflected in the classroom. During another such observation of the classroom, I was able to see a pattern. When the teacher asks the first question, both girls and boys raise their hands, as the second question follows boys tend to raise both hands. If unable to catch the attention of the teacher, they tend to stand up. As the teacher asks the next question, they stand up, raise both hands and start calling out. The girl students on the other hand just raise hands and wait patiently for their turn. 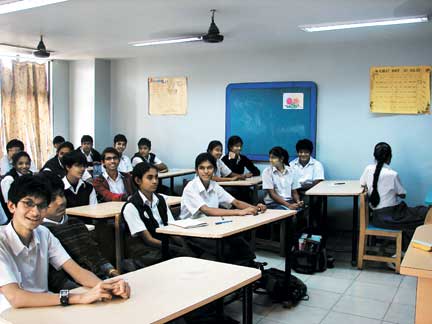 Detailed studies of the classroom gender dynamics have been done by Sadker and Sadker1 and these studies claim that “male students control classroom conversation, ask and answer more questions and they are the heart and center of interaction”. This study also reveals that the quality of feedback that boys and girls receive from teachers often differs. Girls receive comments for neatness, whereas boys are more likely to receive praise and criticism for the intellectual quality of their efforts. Many researches also indicate that teachers spend more than half of the classroom time on disciplining or dialoguing with boys. Now, is it justifiable to say that boys and girls receive different education in the same classroom?

Many such gender dynamics are clear in classrooms, but the teachers are unconscious and unaware of most of them. They are not to be blamed. Gender stereotyping is not only a classroom phenomenon. The textbooks and educational policies are also largely blind to this factor. The above situation is not true only to schools and the educational system. Stereotyping happens in various ways. At home too, women are expected to be docile. Boys spend time with their fathers in repairing cars, or washing them, or repairing electronic gadgets, while girls generally help their mothers in kitchen or household chores.

Though easier said than done, teachers need to be made aware of gender issues. According to Streitmatter2, it is the unconscious application of gender bias in the classroom on the part of both the teacher and the student that perpetuates gender inequality. If teachers are made to realize what stereotypes are, how they work, how schools and classrooms reproduce stereotypes, teachers will be conscious of this issue and work towards negating them. Patterns in the classroom need to be studied and shared so that the teachers become conscious. If the teachers are made aware of these differences, they can alter their classroom practices. NCF 2005 also suggests that “teachers should be made sensitive and responsive to gender related issues in classroom. The inclusive classroom cannot be achieved if the teachers do not understand the surface level gender problems. Their consciousness and the training on gender issues may help reduce the gender inequality in the classroom”. But if the teachers are not cognizant of these issues, there are no chances that they will modify their classroom practices and hence will contribute to gender inequality instead of bridging the gap. Education needs to play a role in creating an equitable society and classrooms can be the place to start.

The author works with the academics and pedagogy team at the Azim Premji Foundation, Bangalore. She can be reached at mailindusow@gmail.com.