Unwanted changes in a child’s life are changes brought on by unforeseen circumstances. These could range from issues such as best friends and favourite teachers leaving school to something as traumatic as sexual abuse. Naturally, the child would be ill-prepared to deal with the emotional fall-out of such changes. The reactions in them to such changes may manifest overtly and visibly or may lie undetected as a festering wound buried deep in the child’s psyche. It is of utmost importance for teachers to demonstrate concern for the child, letting the child know that they care, that they can be relied upon to be there to listen and support.

To be an anchor
Brenda Dineen, a counsellor, says that anchors are those people, places or things that make you feel “grounded and settled”. The teacher would have to be this anchor at school for a child undergoing unwanted changes.

“I’ll be there in a few minutes,” Hema said. After hanging up, she stared at the phone in her hand, Saba’s voice replaying in her head: “He committed suicide, Hema. He hanged himself.” A heavy feeling washed over Hema. Was this true? How could it be? How could he? She thought of Binoy. She had known him well as a parent. An urbane, well-informed father who never missed a school function or a PTM. His children were his pride and she had thought that they were a perfect family. Raina, his wife, obviously, adored him and worshipped the ground he walked on. Then, what could have gone wrong? Why would he have done something as devastating as this, putting his family in such extreme distress? Mohan and Mona were sweet, well-adjusted children. 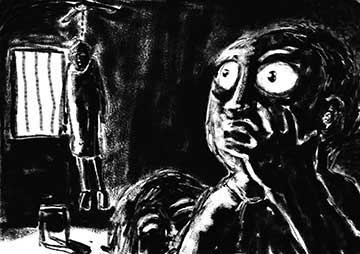 That’s when Hema began to come out of her shocked stupor. Both the children were in her school and she was Mohan’s class teacher in Class 8. Mona was still very young – only 4 years old – but Mohan…! Her heart went out to him. The boy, she knew, was deeply attached to his father. How was he going to come through this? Hema sighed deeply. Well, come through he would have to. She knew her responsibility here. As his class teacher, she would have to be there for Mohan. Losing a parent and that too in such a manner was going to turn his world topsy turvy for a while. She would have to hold his hand and steady him as much as she could at school. To be an anchor so that he wouldn’t be cut adrift.

To be observant
Having left the Industrial Age far behind, teachers in the Digital Era have to evolve. They are no more needed as mere “purveyors of information/knowledge” whose job it is to bring about the academic progress of the students. There has been a paradigmatic shift in the relationship. Since schools are spaces where children spend an inordinate amount of time away from home in their formative years, teachers are almost like parents who share in the responsibility of nurturing the child as a tender sapling until it grows into a strong and sturdy young plant, capable of weathering unfavourable climatic conditions. They must safeguard the emotional core of the child, be sensitive to its needs and catch its signals of distress before it gets caught in an emotional vortex and spirals out of control. A teacher is no longer one who keeps an eye solely on the IQ of the students but more on their EQ. Close observation of their students both within the class and outside of it helps in understanding how they measure on the emotional barometer, and thereby be able to step in at the right time with the right assistance.

Vinod was an astute teacher with a good rapport with his 11th class students. His drama classes were lively and the students participated enthusiastically. Pramod and Vijay were frontline students who always volunteered to come out and enact a role or read aloud in class. Their hands invariably went up when there were discussions in class. But then Vinod began to notice a gradual decline in their levels of interest and performance in class. Besides being frequently absent, they were unusually quiet and lost when they were present in class. Vinod counselled them individually hoping to motivate them once again. But though they were apologetic, they seemed listless and somewhat distant, often failing to meet his eye. Vinod’s intuition told him to keep a watch on them. His vigilance unravelled a chilling story of substance abuse. Pramod and Vijay were immediately put on a rescue programme that would retrieve them from the brink of ruin. It was Vinod’s close observation that alerted him to the precariousness of his students’ situation.

To be engaged
A child can be burdened with unwanted change in her life when the parents separate and undergo a divorce. The teacher must then see how best she can be engaged in protecting the child’s inner well-being while respecting the parents’ decision. The toxicity of an acrimonious divorce can cause serious damage to the child and it may fall upon the teacher to provide a comforting touch. To be able to listen to the child, to be able to read any behavioural changes in the child and interpret them in the right context, to be able to base any corrective measures from that greater understanding, to be able to show compassion and discernment at all times, to be able to draw the child into a relationship of trust that will enable him/her to open up and express their innermost feelings – these must be an integral part of a sensitive teacher’s equipage.

Preethi really couldn’t do much else for Ashok – as he went through the particularly traumatic period of his father’s incarceration and imprisonment on false charges – but be there to listen. For an impressionable 16 year old, it was a tremendous responsibility that fell upon Ashok’s adolescent shoulders. He had to be a pillar of strength and support for his mother who was entangled in the highly frustrating web of the Indian legal system. He had to keep her morale up while also babysitting his little brother so that he could free up his mother’s time to battle with lawyers and court proceedings.

At school, Preethi and her colleagues strove to give Ashok the normalcy he would be missing at home. She kept the channel of communication open for him 24/7 and responded as soon as possible whenever he reached out to her in private. Her brief was clear. She needed to be available to ensure that he retained a positive frame of mind, not give in to despair or cynicism. The school kept his fee payment in abeyance (as the family was plunged into a deep financial crisis) so that he could attend school like any other child. The adults at school treated him the same way they did before the incident of his father’s arrest – suspending judgement – only giving him certain concessions when it came to the submission of assignments. They did not single him out for attention in any way, allowing him to discuss the situation at home without inhibitions whenever he so chose. This made his peers too behave with him in the same manner. There were no episodes of shaming or humiliation.

To be able to detect dissonance in the child’s inner world is a less advertised aspect of a teacher’s role. To earn a professional teaching degree in order to become a qualified teacher, an aspirant is expected to be conversant in the subject of “Childhood and Growing Up”. Besides dealing with “Development and its Characteristics”, there is also material on “Aspects of Development”. This latter covers topics such as instinct and emotional intelligence where a psychological approach is introduced. The focus, however, is largely on various theories that will help teachers gauge and augment the cognitive capacities of the child. There is hardly any importance given to enable and assist the teacher to gauge and enhance the emotional capacities of the child. A teacher cannot be considered fully trained if this latter component is missing in the training process. The training must include viewing the child as a multidimensional being who can exist at the level of the body, of the emotions and of the spirit in addition to the mind. The teacher must be trained to read signs related to a child’s wellness in his body, in his behaviour and in his expressions through the creative arts. 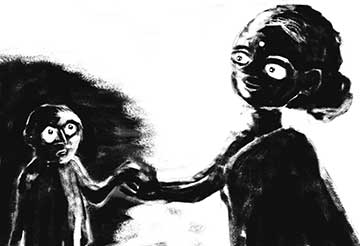 How do unwanted changes manifest in a student? What are the anomalies in behaviour that a student could be showing when going through these changes?

The teacher must be particularly tuned in to detect anything out of the ordinary in a child’s behaviour. Here are a few coping strategies that a teacher could adopt to help the child combat emotional disturbance on account of undesirable changes –

In a fast-changing world, where everyone is running to keep up, to be able to pause and observe the other, to be able to stop and listen to the other are becoming qualities that one has to search hard to find. Children are more often than not the casualties of this age of speed. The time and attention that they require even under normal circumstances from the adults around them are being severely compromised. The nurturing, caring environment that ought to be there when there is a crisis or unwanted change in their lives is therefore many-a-time missing. It is the bounden responsibility of teachers to give each child under their care their fullest attention so that the child feels safe and secure. Instead of being caught up in the blur of activities like everyone else, they must be the ones capable of putting the brakes on and getting off their vehicle to pick up the stranded child by the wayside and then cruise along with him or her; perhaps even go for a stroll in the park, enjoying the blue skies and the call of the birds – thus taking the child into a healing embrace of love and care.

The author has done her Ph.D in English (Literature) from IIT, Chennai. She has over 20 years of teaching experience in schools in Hyderabad. She is currently working as facilitator in The Integral School, an alternative school in the Financial District. She can be reached at sangmenon@yahoo.com.