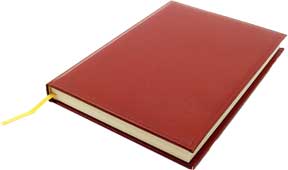 One of the biggest conundrums facing our education system at all levels, from the pre-kindergarten to the advanced tertiary, is the language question. Teachers struggle with building relationships and understanding with toddlers who come into their classrooms from multiple linguistic backgrounds. Professors at the postgraduate level struggle with the same issue, rendered many times more complex, when having to discuss abstract concepts in an unfamiliar – or at best, poorly understood – language. Even though we may have ostensibly set aside much of our colonial baggage, we continue to have a troubled and uneasy relationship with the language. While present generations may no longer have the luxury of debating the political implications of adopting what was once a “foreign tongue”, we cannot escape or wish away the social, economic and cultural implications of avoiding it. In fact, for most of us, there is no escape from English. There’s a widespread acceptance that if we are to get ahead in this world, we must get comfortable with it, in our daily lives, in the workplace, and most certainly, in our classrooms.

This issue of Teacher Plus delves into the intricacies of English language teaching: beginning with a historical perspective, we move on through the politics and the problematic to the practicalities. Our guest editor, Manaswini Sridhar, has helped us put together a diverse array of articles that should stimulate thinking and activity around the important project of language teaching. Some of the pieces relate to how we might re-think our approach to teaching and assessment, while others emphasize the need to think about language use as an important skill that is increasingly indispensible in the employment arena. And yet others pull back and force us to look critically at how what happens in the language classroom shapes attitudes to culture and society. As is the case with any of our special issues, it’s impossible to put a circle around a theme and say we’ve got it covered. The pages of a magazine are simply not enough to explore every aspect of a subject in every possible way. So there are bound to be gaps, unexpressed ideas and whole swathes of information missing. But as with every special issue, we present this to you as just a tiny tip of the proverbial iceberg! 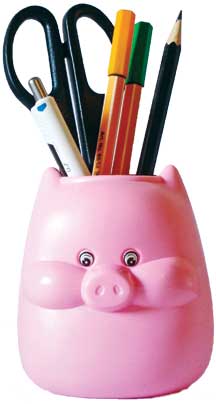 Strangely enough, this seems to be the plight of the English language in contemporary India. Generation X, raring to conquer the latest technology, and to acquire the most up-to-minute gadgets, is clearly not willing to run that extra mile to master a language that till recently was not (and in many quarters is still not!) considered a foreign language at all. The attitude is surprising considering how interspersed our mother tongue is with English expressions such as, “hi”, “grand”, “late”, “teacher”, and of course the more colourful and taboo words heard in our films, on the streets and yes, even in our homes. Yet we are either unable, or do not want to communicate in English. What ails a country that once prided itself in being known as a place where non-native speakers had near-native fluency?

On the other hand, there are students from government and corporation schools who say that they want to learn to speak English because it is ‘stylish’, sets them apart from the others and also gives them an edge over the non-English speaking candidates when it comes to an interview.

In an age where the tunes of most songs are copied from English, discos are frequented by the young, and the Internet is used by hordes of people, why are we not able to get our English right, especially when it is the very same population that has been churned out from English medium schools, colleges and universities? Why is a language that has been so eloquently spoken by our grandparents and parents considered ‘difficult’ today, and therefore a pain to learn even when it is the language of necessity? 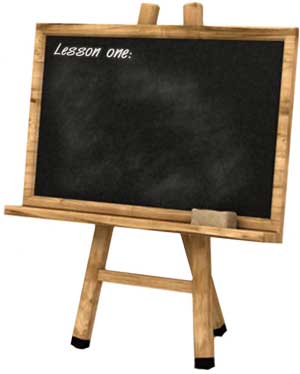 Publishers are competing with one another to bring out student/teacher friendly and interactive textbooks, not only for the lower classes but also for high school. Schools and teachers are making sure that they review the textbooks every two years and make a change for the better. Publishers are giving ‘on the house’ training to teachers on the effective use of their textbooks and making sure that there is ample supplementary material available at their fingertips. There is a plethora of free websites for teachers who do not have the time to do any extra homework on their own.

Yet students fumble and flounder when they are asked questions outside of the textbook. When someone greets them with a, “How are you?”, they manage to haltingly say, “Fine,” and then move on. When someone asks them, “Who will do this?”, the answer is invariably, “Myself.” Grammar is thrown to the wind (or to the dogs!) and very little communication takes place.

Universities and colleges have ‘bridge’ courses for vernacular medium students who have learned English, but as a second or a third language. These courses are meant to bring the students into the mainstream. I was always under the impression that such courses were really beneficial and felt that the institutions were shouldering an added responsibility. However, when I was invited to teach on one such course at a reputable university, I found that many of the students were bunking the classes because they felt that they did not want to learn English and it was too late to learn. The students said that if they got a government job, they would not need English at all! More disturbing was when a student ventured to meet me after class and said with tears in his eyes, “I do not even know the letters of the English alphabet. Could you help me from the basics?” I asked this student how he had managed to get through the English examination at the school level. He really had no answer to this question. Do any of us have an answer? It troubles me as an educator and as a parent that there are probably hundreds of such students in India who are in the same predicament. Why is this happening? Have we allowed the other subjects to attain herculean importance? Are we churning out brilliant scientists, mathematicians, doctors and engineers who will not be able to work with people outside their own community because their language skills are dwarfed? Will this in turn lead to frustrated professionals?

A lot of rich thought has gone into the articles of this special issue and many valuable inputs have been offered, all tried and tested. When a child first starts to cycle, she is excited about the prospect of being able to ride, but she is also afraid, intimidated and sometimes discouraged by the falls, the bumps, the bruises and the crushed ego. The parents lend support for as long as they deem it necessary, and then let go. The child then takes off, unaware that she is on her own and yet enjoying every single moment of it. Should we, as parents, as trainers, as publishers and as editors play the same role when it comes to language learning? Why not cajole, reprimand and help visualise for the child the world she will step into when she takes this one big giant step towards better communication skills in English? Language learning can and should be fun, but somewhere, need to ensure learning because in the long run, this competence is necessary for our child and for the future of the country.

Manaswini Sridhar has been working with children and adults, imparting both spoken and written English skills. Based in Chennai, she works across school and corporate contexts.