A week before July arrived, we began to prepare for school. Jasmine and Kabir were blissfully unaware that courier shipments were arriving daily with books, stationery, and parcels containing things for lab work marked “fragile.” Early in the morning, over our cup of coffee, Bora and I felt vindicated that we had decided to homeschool our children against the advice of friends and the wish of grandparents, on both sides, I might add. Thanks to the COVID-19 pandemic sweeping across the world, other schools were still undecided about the examination session, besides leaving children with an unsatisfactory sense of a proper conclusion to the school year. From what I remember of my own life, the last days before preparation holidays are usually joy-filled with a party atmosphere in most schools.

We, on the other the hand, had enjoyed our last homeschool day as a family in great spirits with our ritual trek to the valley nearby and a meal in the village home of our head gardener and her large family. Our idyllic life continued through the summer months, and the only difference we all sensed – rather smugly – was the special calmness of our environment, now that city-dwellers didn’t or couldn’t venture out to the riverside resort nearby.

The lockdown and social distancing didn’t really disrupt our lives, because we live in a rural haven, on our own small farm. 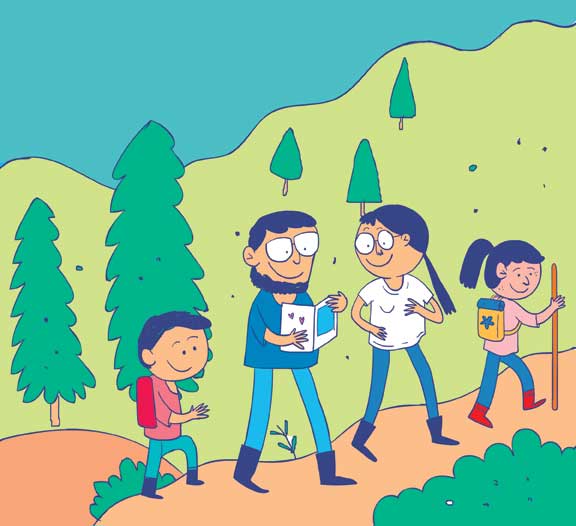 But Bora and I were in for a surprise. On the last weekend of June, as is our custom, we set out the ice cream churner in the verandah and eagerly began to peel and slice our last ripe mangoes. I called out to the children, who were playing volleyball with their friends not far from where we sat. “Jasmine and Kabir,” I called out, “Finish the game quickly and get cleaned up. It’s mango ice cream time. Bring your friends along, let’s have a party!”

“Oh, ice cream,” shouted Kabir and stopped. “Wait a minute,” he said, “Is this The Ice Cream Party?”

“Of course, it is. Last weekend of vacations… We begin school on Wednesday, and on Monday we set up our study nooks.”

Instead of the excitement that homemade ice cream arouses, something heavy floated towards Bora and me from the volleyball court.

“Dearest Khemu,” wrote Sara. “What’s so surprising about your children wanting to be like everyone else? When nearly all the school children in India are having an extended summer break, why wouldn’t they expect it also for themselves? You say Jasmin wants to join regular school and learn with others online. Why not see it as a compromise? She’ll still be at home and farm with you, and the learning will be in the hands of other teachers. I think it’s a sort of win-win, no? Sooner or later she was bound to rebel. We can’t expect to figure out what’s going on in their heads; neither can they, come to think of it.”

Sara and I were friends from our one summer together at a Youth for Farming workshop in Aleppo in Syria. My plans to live as a farmer had been realized but Sara’s dreams had been shattered. I often thought how different Syria looked now in recent news reports. I remember it for its beautiful groves and fruit orchards.

I continued to read. “Last year, my son’s school was bombed, and the laboratories caught fire. I thanked Allah that it happened after the school had shut down for the day. That’s all I could think about. But Yasser couldn’t take any comfort in it. Two lab technicians, the football coach, and the head teacher had all been killed. For days, it was a dangerous place to be anywhere near. Yet, I learned that Yasser and his friends had found their way into the ruins of their classroom. They took pictures and posted them, which is how I knew of it. My trauma is so different from his. After that, I didn’t want him to go to school. I wanted him to stay home with me and be homeschooled. I feared for his life every day, even in the temporary accommodation where classes were taught. Now after eight months, when much of the old building has been made usable again, the school management has reopened it, and their temporary accommodation has been shut down. He doesn’t want to be separated from his friends, especially when danger surrounds them… What do school lessons mean, I ask myself. Do we really need them? We still have a functioning internet connection. And knowledge is available not only in buildings called schools. But then I think of him and his life and its reality….” 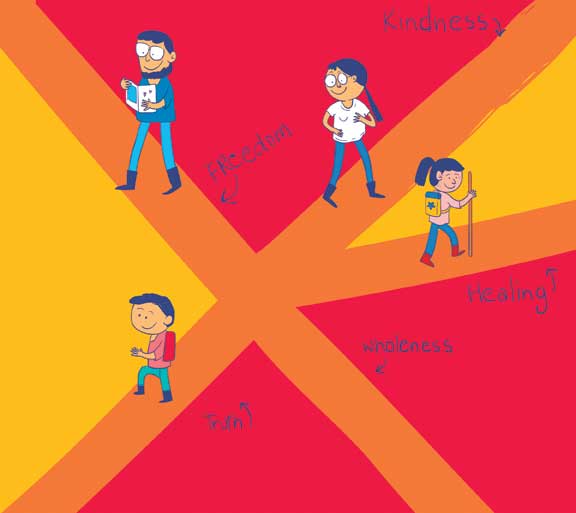 Odd how, like Sara, Jasmin had also reminded us of another wartime disruption. She had talked about the Siege of Leningrad during World War II and defended her choice to join “regular” school. “When times are extraordinary, we have to learn something from it,” she argued. “You should read about the nearly 900 days when Leningrad was barricaded… that’s over two and a half years of extreme hunger, extreme winters without firewood, and yet somehow schools functioned. Guys, I have read the diaries of a girl by name Tanya Savicheva. They are just as powerful as Anne Frank’s. Tanya describes how they had no paper to write on, so the teacher gave them charcoal to use and they wrote on old newspaper sheets.”

“But, Jasmin, we are not facing those conditions. We aren’t in a state of deprivation,” said Bora.

“So?” said Kabir, making a “duh!” face. “That’s the point. May be she doesn’t WANT the privileges. May be she wants to be like the average school kid who can’t have the familiar routine. Is that so unthinkable? Most kids don’t have personal interaction with their teachers now, they don’t have their friends and classmates to study with. They are learning a new kind of schooling. Actually, maybe it’s time I did, too.”

Kabir and Jasmin were demonstrating what we had been training ourselves and them to do every day as we worked through the lessons in our home school.

And, in short, when major changes loom, look beyond the easy option. Consider even a common-sense solution only as one among many options.

Were we to go back to the drawing board? Did Bora and I have to re-examine the very basis on which we had designed our homeschooling curriculum? Our building blocks were sound, reflecting the most relevant aspects of many models to be had out there. We had integrated our farming lifestyle into it. And now our children were telling us that it was not just the two of them, Jasmin and Kabir, who were supposed to be receiving an education. We were required to stay open to ideas, too, Bora and I, if we believed in that education.

That evening, I wrote to Sara. “Yasser’s need to have a strong sense of belonging at his school, with his friends, in fact with his generation, is a telling moment for me. Of course we don’t want, as parents, to let our children face dangers and take risks. Yet, when my children say they are moved by the challenges millions of children in India are facing, I have to acknowledge the intensity of their impulse for shared experience. When I was young and wanted to study literature, my ambitious father wouldn’t hear of it. He said I could read all the books I wanted but I had to study science. He was putting his faith in the superiority of science over other areas of enquiry. When I had the opportunity, I decided to use that science education to study agrarian communities. And that was what brought you and me together… I wish we could talk and sip some arak. Well, I am gradually beginning to lean towards easing up on our diligently planned curriculum, and let Kabir and Jasmin explore what they are going to study over the next several weeks. Bora is comfortable with that but I am not entirely so. It’s not going to be a free-for-all, no way. First we are going to write up some sort of objective and perhaps even devise a format for accountability.”

After I hit the send button, I sat thinking.

Great and famous words of wisdom about education came to mind. Survival has required that we acquire practical skills from the moment life on earth began. But finer skills are needed for life to be lived in harmony and understanding. With people, with nature, while facing doubts and fears, but holding on to hope. We have had to build higher level skills, thinking skills to constantly reexamine what we need to learn, understand, remember and communicate. And renew.

“Well,” I said to Bora drily, as we walked across the length of the farm to round up the cows for the evening, “Which modern savant shall I read before we begin drafting our New and Revised Learning Manifesto for the Brave Young World?”

Bora chuckled. “I am going to put my mind in reverse gear and look up the ancients. May be I’ll begin with that radical guru of mine, Gautama Buddha. He’s got stuff to say about knowledge, wisdom, and self-discovery that has never failed me in moments of doubt.”

“Do you remember the story about the five students who chose to take different paths and travelled…what were they, the paths? Kindness, Healing, Wholeness, Truth, and, what was the last one?

“Freedom,” Bora said, and we walked on, calling out to the cows.

The author is an educator and occasional writer with significant experience teaching at secondary and tertiary levels. She can be reached at papukamakshi@gmail.com.