Industrialization contributes a significant proportion towards a country’s economic development and prosperity. On the one hand it provides employment opportunities and wealth generation and on the other it has an adverse impact on the environment. Developed countries, in their pursuit of economic development and progression to their current economic status, showed little respect for environmental concerns, thus aggravating industrial pollution. As younger and fast-growing economies like India, China, Brazil, and Nigeria focus on developing their industrial sector, it’s important to consider the long-term costs in terms of quality of human life and the environment. 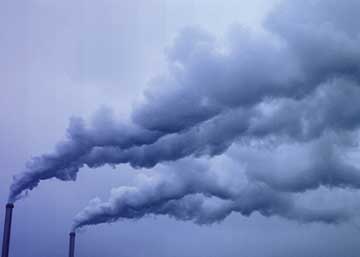 Industrial pollution has several impacts:
1. Water pollution: Both industry and household wastewater contain chemicals and biological matter that impose high demands on the oxygen present in water. Most industries require large amounts of water for their work. When involved in a series of processes, the water comes into contact with heavy metals, harmful chemicals, radioactive waste, and even organic sludge. These are discharged into water bodies and water systems which seriously impact the health of our ecosystem.

3. Air pollution: One of the major ill-effects of large-scale industrialization is the deterioration of urban air quality in India and other developing countries. The main contributing factors to air pollution are the overwhelming concentration of vehicles, poor transport infrastructure and the establishment of industries in urban agglomerations. Epidemiological studies have shown that there is a significant association between the concentration of air pollutants and adverse health impacts. Air pollution contributes to illnesses like eye irritation, asthma, bronchitis, etc. 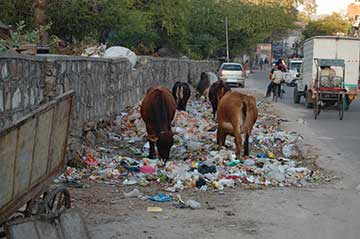 4. Wildlife extinction: By and large, the issue of industrial pollution shows us that it causes natural rhythms and patterns to fail, meaning that wildlife is getting affected in a severe manner. Habitats are being lost, species are becoming extinct and it is harder for the environment to recover from each natural disaster. Major industrial accidents like oil spills, fires, leakage of radioactive material, and damage to property are harder to clean-up as they have a high impact in a short span of time.

5. Global warming: With the rise in industrial pollution, global warming has been increasing at a steady pace. Smoke and greenhouse gases are being released by industries into the air which causes increase in global warming.

But in the recent years, there is an increased awareness on the part of the industries, governments, and even consumers regarding conserving the environment and minimizing pollution. Conversely, industries in developing nations like India are not so sensitive towards the cause of conserving the environment. The need was felt to design effective management policies for regulating pollution and to adopt pollution abatement technologies by the industries and firms.

Pollution abatement refers to any measure taken to reduce, control, or eliminate pollution from a given environment. Abatement measures can be technological, like catalytic converters on vehicles to reduce air pollution, or they may be regulatory, like laws regulating solid waste management facilities. Abatement measures may also be behavioural, like turning down a home thermostat a degree or two in winter to reduce electricity consumption and greenhouse gas emissions.

Let’s look at a few of these strategies that are designed to tackle different types of pollution.

Soil
Landfills, chemical and fuel refinery leaks or spills and industrial agricultural techniques that require heavy use of pesticides and chemical fertilizers all contribute to soil pollution. Abatement measures include eliminating lead from fuels to reduce lead pollution of the soil, requiring underground liners for landfills, voluntary recycling programs, regulating fuel and chemical production to minimize risks of spills or leaks and exploring alternative agricultural methods to reduce the need for pesticides and herbicides.

Water
Water pollution usually comes in one of two major forms, point source pollution and nonpoint source pollution. Point sources include specific release of pollutants into waterways, like industrial effluents or untreated sewage. Nonpoint sources are not locally specific and include pollution from storm water runoff in urban areas and pollutant leaching from contaminated soils. Abatement measures include requiring treatment of sewage waste water solids, installation of storm runoff retention systems (also called wet ponds) in areas with a high density of impervious surfaces and educating the public about the dangers of storm water pollutants to streams, rivers, and aquifers. 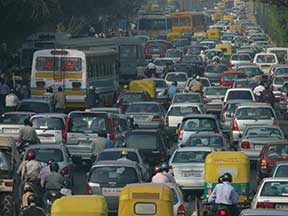 Energy conservation
Another basic but important pollution abatement strategy includes what many call reducing your carbon footprint. More people using fewer resources and less energy reduces pollution impacts on a larger scale. Examples of conservation include: using cleaner-burning fuels and renewable sources of energy, using public transportation or carpooling, recycling and reusing paper, plastics and metals, insulating your home to make it more energy-efficient, and buying locally produced goods to reduce the need for shipping of products over long distances.

Role of the government for pollution abatement in the Indian context
The government has an important role on abatement of pollution for preventing environmental deterioration. The policies designed to minimize the effects of pollution are of applying a mix of instruments in the form of legislation and regulation, fiscal incentives, voluntary agreements, educational programmes, and information campaigns.

As per Barman (2008), India has initiated some major activities to minimize industrial pollution ranging from – 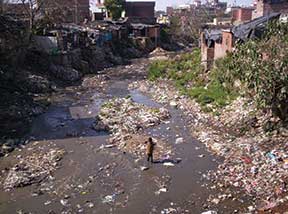 Though several initiatives are being taken on the part of the government, at the end of the day it depends on how much each one of us care for pollution prevention. Awareness campaigns, workshops can be initiated by educational institutions as a small step towards promoting the issues of pollution in their locality.

On a larger scale the objective is to integrate environmental considerations into decision-making at all levels. To achieve this, steps have to be taken to prevent pollution at source; encourage, develop, and apply the best available practicable technical solutions.

The author is Assistant Professor at the Department of Policy Studies, TERI University, New Delhi. She can be reached at sukanya.das@teriuniversity.ac.in.