Tuitions are the order of the day. Whether it is the old style – where a teacher has a group of students over to his house, or the new – where students walk into posh, air conditioned and well-equipped rooms, tuitions are the in thing. Take a walk in your neighbourhood and you will see at least two hand-written signs saying, “Tuitions taken for classes LKG to X”. Come out onto the street and buses advertising “after school learning centres” will pass you by.

Private tuitions have, for long, been a subject of debate in our country. In theory, they are undesirable and not officially encouraged by any educational institution. Some even ban tuitions. Yet, the practice of giving and taking tuitions at all levels, from commencement of school to preparing for higher education and professional courses is widespread, encompassing over 95% of the student population. Rules and regulations have not been able to curb this practice. Is it then a necessary evil? 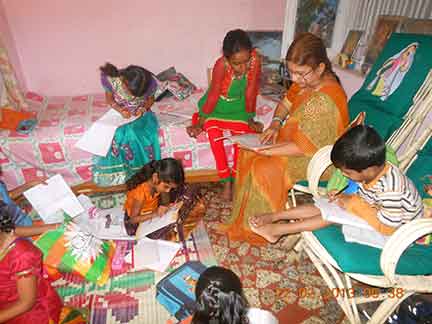 Private tuitions should augment school learning. Essentially, they should encourage self-study, an understanding of the subject and clarify doubts. They are, however, often considered as alternatives to school classes. Also, the tutor and the teacher in school are seldom in touch with each other. The methodologies hence vary, emphases do not coincide and often criticism results. Vested interests raise their heads when school teachers themselves show a zest for taking pupils under their care at home, sending out inevitable signals of favouritism.

Private tuitions often act as easy short cuts for immediate gains. They curb the desirable habits of understanding a subject through self-study. Confidence levels are lowered and students learn only to depend on support from others for their own progress. In the long run this can only have a far reaching and significantly negative effect on the career and life of the student.

The fatigue factor will also be significant. Rushing from school to multiple tutors every day can be tiring both for the body and the mind. With almost no time to call his/her own, the student is lost in the haze of routine activities, unable to fix priorities, always in a hurry to meet deadlines of homework both from the school and the tutor. For young children, the very concept of childhood is lost.

Perhaps an understanding of the forces acting on the student’s growth, i.e., the school and the teacher on one side, the parents and home on the other and the student himself at the base of an equilateral “critical triangle of education” will help. In the school, the role of the teacher in creating an interest in and understanding of the subject, as opposed to encouraging rote learning, is vital. Empathy for and an analysis of each student’s need will help. Of course, the size of the class may be a barrier, yet there are both effective and ineffective teachers. Homework, accurate corrections, and patience produce rewards.

A student who realizes that 85% of his performance is dependent only on himself, will find automatic rewards. Disciplined self-study, insisting on understanding, using techniques like meditation to improve concentration are good tools to use. Personal habits have to be modified towards the positive. Students should understand that it is their own lives that they are trying to mould. Teachers and parents are only too willing to help but the effort, the inner urge, has to come from within the student.

Tuitions cannot be the alchemy for success. They provide a toehold for the weak, not academically but by personality. At best, clarification of doubts, ideally by the teacher, will help. Ultimately, it is the development of the self that will count in life. The balance thus tilts towards self study, aided by the school and the home, particularly for higher classes.

The author is working as a counsellor at IGNOU-IIT, Kolkata. He can be reached at ygsh_maheswari@yahoo.com.