There is a profound fragility to one’s status as an immigrant in America, especially in a post 9/11 context. Most immigrant experiences can be understood in terms of cultural alienation and assimilation on a day-to-day basis. On most days for me, it’s not an issue except at times when I am reminded of my legal-alienness for tax purposes or every time I travel back to America, I am required to go through a specific immigration drill. There are other minor annoyances like restrictions on employment in terms of the number of hours one can work in a week on a student visa, and the question that’s on everyone’s mind when I speak publicly….how do you speak English so well?

While that innocuous question may speak to the insularity of the American cultural imagination that always demonstrates the innocence of the American citizen, the immigrant figure is often implicated in webs of confusion and must remain entangled in them through practices such as racial profiling that are as bureaucratically mandated as they are culturally sanctioned. I have had the fortune of not having to be subjected to the American obsession with immigrants save for minor incidents where a crazy, homeless person has called me a terrorist or someone has really insisted on knowing where I am really from (as if that question can ever be answered to the complete satisfaction of the one asking). But yes, given the current cultural and political landscape suffused with paranoia, one can never be too sure of what to expect from one’s life as an immigrant. 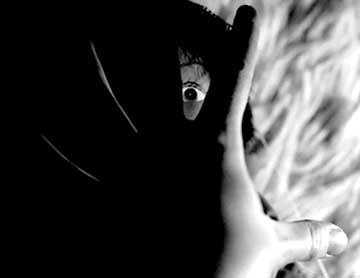 The bombings in Boston in April brought home the point rather poignantly. It reminded me of the stormy night in Lucknow in May 1991 when we got news of Rajiv Gandhi’s assassination. Being Sikhs, we had much to fear if the assassination had indeed happened in New Delhi. 1984 had only been seven years before. However, it was in Tamil Nadu where he was killed, sparing the Sikhs another bloody riot. Similarly, in Boston, the identity of the bombers wasn’t known in the first few days after the incident. The fear it fostered among particular communities is a fear we must learn to live with as immigrants who share a pan-regional likeness coded in common parlance as the look of the “terrorist”.

In the aftermath of Boston, citizen journalists launched their own investigational enterprise to zero in on the suspects. The blind fury was directed without a focus at anyone and everyone who might look like a suspect. Since the suspect’s profile was assumed to be non-white, Arab, Muslim or any shade of brown, it came as a shock that the bombers were white Muslims from Chechnya and naturalized American citizens. In the meantime, while Sarah Palin suggested the invasion of the Czech Republic, a Moroccan teenager turned himself in to the police because his photo had been circulated online as one of the potential suspects. The same happened to the late Sunil Tripathi, an undergraduate at Brown University who had gone missing since March 2013 but his photo was circulated in a similar manner by the self-appointed citizen journalists.

I wonder in a far-fetched vein if the question, “how do you speak English so well?” is on a spectrum of issues where the question on the other end might be, “where are you from? No, where are you originally from?” The post-mortems of the bombers’ identities, one of whom is recovering in hospital, has produced a narrative in which normal signs of living an ordinary life became the very moments that produce a diagnosis of terroristic tendencies. This piecemeal plotting of these moments has been rendered seamless by turning the ordinary into exceptional. Where they went, who they saw, who they did not greet, whether they used the word jihad – the moments could script one’s immigrant character in America as a potential terrorist. You could say I am being paranoid. But I am not the only one.