Teaching at a school can in many ways be different from working at an office – whether it’s the larger moral responsibility of shaping the younger generation or the lofty goal of making a difference in students’ lives rather than simply driving profits for the organization. There’s a common perception that because teachers work shorter hours and enjoy long holidays, their jobs are easier. But working with children is a unique responsibility that can be greatly helped or hindered by the dynamics playing out within the workplace.

“Naturally, when people of varying viewpoints come together, there are bound to be differences that emerge. I think this makes gossip, conflict and scheming a ubiquitous part of staff room politics almost everywhere,” says Vimla*, who has served as principal at a well-established school in Ahmedabad for several years now. “The role of school leadership is to direct that in a positive way, to inculcate a culture of collaboration rather than competition, motivating teachers to focus on the larger goal of doing the best for our students,” she iterates.

“Politics at the workplace was one of the reasons I decided to switch jobs,” says Anu*, a young teacher who graduated just two years ago. “I used to be at one of the most reputed international schools in Ahmedabad but I felt like most of my colleagues were just too negative and petty all the time. There was talk of teachers who were closer to the principal getting better appraisals. Older teachers who had been at the school a long time had an air of superiority and expected their opinion to matter more than newer voices like my own. Sometimes, even students were privy to the dynamics going on between staff members and I just didn’t think that was a healthy environment to work in! So even though I moved to a smaller school that doesn’t have the same level of prestige, I’m happy to have colleagues who are saner. I feel more valued as a part of the community here,” she recounts.

Another young teacher, Shazia, teaches at a popular convent school in the same city and offers a different view, “There’s no escaping politics, no matter where you work so you have to take it in your stride. It’s a very subjective issue because there will always be some people who enjoy sitting around to gossip while others are focused on more productive things. I feel that to a certain extent you can choose what you want to get involved in or not, though at times it may lead to less than favourable outcomes. For instance, if you’re the only one in the room who doesn’t show interest in the latest hot topic of conversation about ‘what X teacher said to the principal’, it can feel quite awkward and you’ll probably be the next target of gossip. My approach is to focus more on my work and be cordial with everyone. I’m not here to make friends so I avoid getting too close to any coworkers and that keeps me more or less away from the politics.” 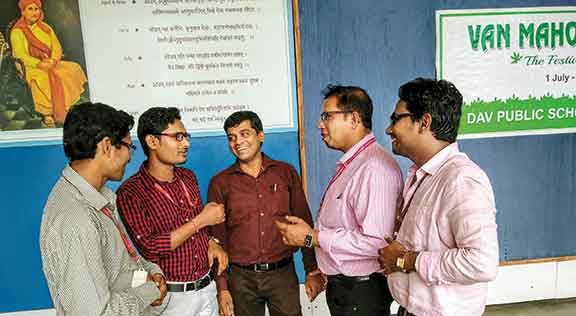 But building personal rapport with colleagues can be a deeply rewarding part of the educational milieu, allowing a healthy exchange of ideas and enabling teachers to learn and grow together. “I’ve been teaching for almost six years now and a few of my colleagues have become my closest confidantes and friends,” recounts Hema, who’s building her career at the rapidly growing chain of Anand Niketan schools in Gujarat. “When your work is to nurture children and prepare them for the world, it’s very important to set a good example and the only way that can be done is by fostering healthy relationships within the teacher community. The staff room can play a vital role in this as it’s a safe space for us to get to know each other, establish trust, talk things through and resolve any grievances before they escalate into larger issues,” she shares.

Speaking of the staff room, there are varying views about its relevance in the constantly evolving education space. In a Times of India article in 2016, V. Arun, co-founder of Marudam Farm School, an alternative school in Tamil Nadu, says that staff rooms can become spaces where teachers discuss students and possibly pre-condition each other about certain children based on personal experiences. The school instead focuses on a more holistic integrative approach where teachers even have meals with their students.

Lancer International School in Gurgaon has adopted a similar inter-disciplinary approach to learning wherein teachers can collaborate anywhere, from the basketball court to the cafeteria and increasingly, online.

Naini, an Early Years Educator in Ahmedabad echoes this sentiment: “I believe staff rooms are very traditional and instead we should have creative spaces designed for teachers around different corners of the school where they can collaborate and speak to colleagues from other grade levels too. Innovative spaces for teachers reflect that the institution they work for cares for their needs and growth,” she says.

“It is also imperative to have a strong on-boarding process and a solid professional development plan in place to help teachers collaborate and be on the same page about what is expected of them,” she adds.

But perhaps such progressive change is the privilege of elite schools that have the independence and resources to experiment. In the same Times of India article, a government school teacher describes the staff room as a sanctuary where she can escape from the stress of teaching large class-sizes of over 60 students each.

Yogesh*, a seasoned high school teacher at a private school adds an interesting perspective to the conversation: “There are notably fewer male teachers than female in almost any school and because of Indian culture it can be a bit awkward to get along with colleagues of the opposite sex because you never know when something might be misconstrued, particularly by seniors. To maintain decorum, the men usually band together and have minimal interaction with the female teachers which helps to keep us from getting pulled into any politics going on. We may have casual conversations in the staff room but the men usually occupy just one specific corner of the room. And it always get strangely quiet when those in leadership roles enter,” he relates.

One of the reasons for this sense of disconnection from coordinators and other higher-ups is because there are often many layers of leadership and management within a school and levels of responsibility are often ambiguous. “If you escalate an issue straight to the management, the coordinator can end up feeling mocked even though that was not your intention and she may hold a grudge against you. I think it’s very important for those in leadership roles to keep their egos in check and to be on the same page about things,” shares Yogesh. 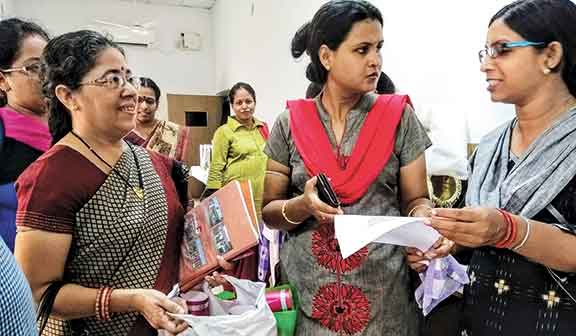 Neeta, a school leader with over two decades of experience in the education space reaffirms this: “Leaders should play the role of a bridge between the teachers and the management. We need to be okay with taking flak from the management on behalf of the teachers. It’s important to set aside your ego and your image of yourself when you represent your team and communicate their needs to the management. At the same time, you need to be balanced and honest with the teachers if and when their expectations are unreasonable,” she says.

Neeta reflects on her own journey as an educator as she shares how she has seen teaching and how teacher dynamics has evolved in her career: “With the passage of time and exposure to innovative ways of thinking, new systems have come in place that have facilitated healthier and more varied interaction between teachers. This has, of course, led to disagreements as well but what has worked for me personally is to value criticism. Ever since I’ve donned the leadership hat, I always explain to my teachers the virtues of having ‘critical friends’. It is only then that you can breathe new life and ideas into your practices. You must have people around who have the courage to either draw your attention to something you may be doing that’s inappropriate or to suggest something better. This approach has worked very well in my experience,” she says.

When asked about common issues she’s seen over the years, Neeta talks about the seniors-vs-juniors dynamic that seems to play out in most schools: “There have been instances when an older lot of teachers found the fresh and novel ideas of new incumbents not welcome. Maybe they had to step out of their comfort zones. It required persuading them to examine things from a different perspective and understanding that education is not static and as teachers, we have to constantly upgrade ourselves. Similarly, there were new recruits who resisted suggestions from their older colleagues as well. But I realized that talking things out works the best,” she relates.

Neeta believes that cultivating a team culture can go a long way to promote healthy relationships between teachers. “Maybe the entire team can meet informally every once in a while and share a meal. A teacher’s retreat once a year can also help colleagues across grade levels to get to know one another. Teachers are a school’s most valuable asset and human resource. School leaders have got to care about them!” she concludes.

On the whole, staff room dynamics seem to reflect the attitudes, values, and work ethic of a school as a whole. The financial and social standing of the institution can perhaps play a role in this, as can the gender ratio of the team. There are always some invisible boundaries to be mindful of but there’s great potential to form meaningful connections and achieve vital growth on both the professional and personal front. The staff room or lack thereof, can mean many things to many people, on the one hand, a breeding ground for gossip and discord, and on the other, a sanctum for collaboration and communication or simply, a place to unwind, away from the seemingly condescending gaze of those in positions of leadership.

*Some names have been changed.

The author is passionate about education, technology, and travel. Learn more about her at www.mehaksiddiqui.com or reach her at mehak016@gmail.com.

A room where no one hears the bell
Faculty meetings: Look how productive they are!