“Dear students, are you all comfortable with English or shall I speak in Hindi?” This is my opening question to my classes. I have been teaching school students for the past eight years and I enjoy the freedom of switching between English and Hindi while teaching, partly because of my own inability to express myself fluently in English and partly because I can’t proceed further in English after seeing faces half stupefied and half awed when I speak. I wonder sometimes that either my speech is too good to be understood or it is so bad that it cannot be deciphered. Very frequently I am compelled to switch to Hindi and translate something I say in English for these very reasons. However, that too comes with its own limitations as students aren’t good at Hindi either! For instance, how do I translate ‘gravitation’? Voila! It is gurutvakarshan. I know this, but do they? So, where lies the problem? I reflect and I discover, (if I am not wrong) the problem is with the children’s language skills.

In India, children are taught to write English at a very early age. In fact, a child studying in an English medium school learns to trace the English alphabet first and then the devanagari letters a year or two later. In my state (Maharashtra), Hindi isn’t the native language for most people. Of course, people in Mumbai identify their Hindi as Bombay Hindi but day-to-day speech unfortunately doesn’t include gurutvakarshan. 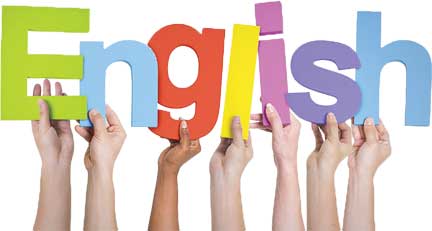 The story of an average Mumbai karchild is that s/he learns the mother tongue at home, English in school, Bombay Hindi with peers and rest of the society. S/he learns to write in English from an early age. S/he is exposed to reading English from textbooks and jotting down notes in English in the notebooks. However, there is poor exposure to English at home, as very few parents use English in the home. No listening, no speaking – the rule holds true for any language known to mankind – leads to poor speaking skills. On the other hand, Hindi taught in schools differs from the Bombay Hindi, so there again no reinforcement. Some reinforcement would have at least improved their Hindi and I would not have seen those stupefied faces after uttering gurutvakarshan.

How do I teach? What do I teach? Do I teach science or do I teach English? It is possible to make references to the linguistic aspects of a word during a science class but not always! Teaching both is not feasible all the time as there are scientific concepts that need to be explained. What do I do? Do I blame the English teachers in the lower grades, who somehow failed in their attempt to train these children a year or two ago? The saddest part of this story is that it isn’t surprising to find an average English-medium school child not able to frame a single sentence properly (be it writing for that matter). Children always face problems in understanding word problems. They end up either solving them wrongly or avoiding them altogether. I have come to believe that children need a little bit of language, bits of arithmetic and some social science. However, if asked to prioritize, I will see to it that language tops the list, followed by other subjects, because ultimately the whole process of education pivots on the very fact that it is only language that is the means to seek knowledge, develop understanding and add meaning to thoughts. It is language that enables one to speak out and express oneself. Despite being a science and math teacher, I strongly believe that “language is the queen of all school subjects”, and will remain to be so.

The author is a Math teacher at Billabong High International School, Andheri, Mumbai. He can be reached at aadee.rao1994@gmail.com.