The sun beats down hard on the Atacama Desert in Chile. It was the second annual solar challenge where 15 solar powered cars were rolled out. These cars harness sunlight to power up the car. Petrol savings apart, the ability to run a car in a self-sustainable mode is amazing. Would you believe if I told you that organisms living on sunlight have existed and evolved from the beginning of time? Does the word photosynthesis remind you of plants? Let’s talk about the hot topic photosynthesis (Well, anything to do with the sun has to be hot now, doesn’t it?)

Picture this. You are playing a video game (“Photokingdom”, let’s say) where the objective is to build the plant kingdom. You are allowed to start with one power source called the sun, and the base building block is the single cell algae living in the sea. The single cell algae are able to process sunlight, and convert it to chemical energy that powers its activities. How is it able to do that, you ask? 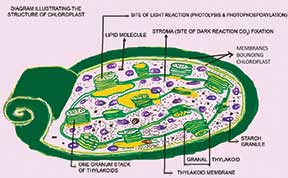 This single cell organism forms a small molecule with green pigments that has the wonderful ability to trap solar energy and mediate a chemical reaction to produce a glucose molecule. You have to make sure you avoid all the shade and clouds that appear more often as the game goes along. Given enough sunlight, these single cell algae photosynthesize. This photo chemical power gives them the capacity to replicate their chemical factory and reproduce in large numbers.

As these organisms replicate, they start accumulating energy. You can trade the energy for an “evo boost”. These unicellular forms can then colonize and go on to live on land. Collecting photo chemical energy gives you the option to make them strike roots. Why? Roots improve their structure and function, and this then allows you to go towards the final level where you can then create the plant kingdom. The game is fun isn’t it? We just played out now what occurred a gazillion years ago in the process we call “evolution”.

The evolution of these green photochemical factories created newer and more advanced species each endowed with special characteristics to survive and flourish in a hostile environment. These evolved plants had an efficient absorption system that made them taller, hardy and long lived. Photosynthesis was the fantastic app that helped in working this magic. The term photosynthesis has Greek origin, and is defined as “the synthesis of molecules in the presence of light”.

The author teaches chemistry and biology at Vidyaranya High School, Hyderabad. She can be reached at viji.nandakumar@gmail.com.