Introduction
This article is a result of the personal project that I as an MYP 5 (grade 10) student in the Middle Years Programme from the IB (International Baccalaureate) did. The personal project is supposed to be a preparation for the Diploma Programme of the IB and it is necessary to pass the project in order to do the Diploma Programme. It is a very independent project, where students are allowed to choose the topic and outcome they want to produce by themselves.

I started my project with research about the topic in order to get enough knowledge on the topic so that I would be able to create a good product about my research. After researching, I started to plan what exactly and how exactly I was going to create my product. I decided to create a magazine article as well as a website. The magazine article is about the causes of prejudice and discrimination, and the website is about prejudice and discrimination in a more indirect way.

I learned a lot throughout my project, but there is one thing that I found the most important. Before starting the project, I thought that people who are extremely discriminatory are simply somehow “bad people”. Through conducting my research, I realized that this assumption was totally mistaken and that there are many factors which influence how discriminatory people are. I also noticed that similarly to discrimination, basically all bad traits that we humans have are caused by numerous complicated factors and are not simply inborn. This is why I now firmly believe that our negative traits are not set in stone and that we can all become better people if we support each other enough.

Overall, I would say that I had a really good experience with the personal project. 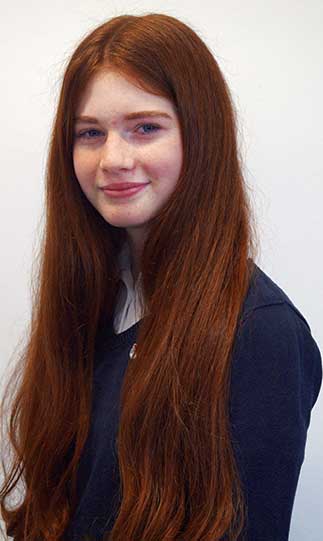 Have you ever been prejudiced against someone? Definitely. Even though we often don’t want to admit it to ourselves, even the most moral people have been prejudiced at some point in their lives. It is such a basic part of a person’s thought process that all human societies have prejudice in some form and to some degree. Prejudice is not just an emotion, feeling or personality trait, it is more of an attitude that has been influenced by many things throughout our lives. People are not born prejudiced, they become so. Once formed, prejudices can become locked in a person’s thought process so much that it can be difficult or impossible to change or eliminate these attitudes, but it’s nonetheless important to try, for the sake of the victims of discrimination. In order to change these discriminatory attitudes, we have to know why people are prejudiced in the first place. Even though it can be difficult to determine the causes of prejudice, as there are so many, psychologists have found a few general reasons that lead to prejudice.

One of the main reasons why people form prejudiced opinions is because it is part of our basic human nature to try and order everything into categories. Our brain has difficulties with accepting a wide variety of differences and we instinctively tend to categorize people into groups in order to cope with situations more easily. Simply categorizing people into groups wouldn’t even be a problem, but the problem occurs when we not only categorize people into different groups, such as LGBT+ people, but also attach characteristics to all of the people in that particular group, such as saying that all gay men are very feminine. However, this is difficult for our brain not to automatically do. This tendency of our brain to overgeneralize the world around us is one of the reasons why people are prejudiced.

Next, prejudice is also taught and promoted through the process of socialization. Socialization refers to the influences a child experiences while growing up. When children notice that, for example, people of colour (or any other group of people for that matter), are being treated differently by their parents or anyone else, they adopt this behaviour, unless they are taught otherwise. This blind imitation of past behaviour is one of the ways prejudice gets passed on from generation to generation.

Conformity, connected very closely to socialization, is another reason why people are prejudiced. Starting at very early ages, people conform to what is going on around them. As proven by the Asch Conformity Experiment (1951)* and similar studies, people are extremely likely to conform to what everyone around them believes, even though it might be completely false. People are likely to conform to the opinions of others when trying to seek acceptance in a society. Studies have shown that people are more likely to show prejudice when they move into areas where prejudice is the norm, with the opposite also being true. Since conformity is so prevalent in our society, many psychologists believe that it could even be the most common cause for prejudice.

One of the reasons for prejudice is when discrimination is shown as part of a defensive function. When someone perceives some analogy between homosexuality and their own unconscious conflicts, for example, they may become homophobic. An example for this could be when someone might subconsciously have homosexual urges, but represses them by rejecting homosexuals. In this way, the defensive function permits that person to externalize their internal conflicts, without being conscious of them.

Another reason why people are prejudiced is because it allows them to use scapegoating. The act of scapegoating means that someone is blamed for something that they have no control over or that is not their fault. Usually, anger coupled with insecurity can spark the aggression towards less powerful groups of people which results in scapegoating. In order to feel more self-respect, the person feels the need to project his fears on to an inferior group. One example for this is when someone makes claims such as “immigrants are stealing our jobs”. Persons who cannot get a job might say this in order to have someone other than themselves to blame for their situation, even though this allegation is not supported by empirical evidence.

Despite the many things that cause us humans to be prejudiced, most of which we can’t even control, we should not view it as a normal thing to be prejudiced. Even though it is human nature to try and order everything into categories, we should always remind ourselves that people are one of the things we should not categorize. We should also always make sure that we do not teach children to be prejudiced through how we act around them. Apart from this, we should not conform to the prejudiced beliefs other people might have, when we know that they’re wrong, and speak up to educate them. When we notice that someone is trying to make a scapegoat of someone else, we should point out the mistakes in their thinking. Admittedly, all of this will not totally eliminate all injustice that is being caused by prejudice and discrimination, but understanding the causes for prejudice and speaking up when we notice it, can help us to do our part in making the world a slightly better place for everyone.

*The Asch Experiment, by Solomon Asch, was a famous experiment designed to test how peer pressure to conform would influence the judgment and individuality of a person. Read more about the experiment here: https://explorable.com/asch-experiment.

The author is a student in MYP 5 (grade 10) at Strothoff International School in Dreieich, Germany. She recently finished her personal project on the topic of prejudice and discrimination for which she created a magazine article and a website, https://akaufman21.wixsite.com/5-paragraph-essays.