One of my co-teachers in the primary school (grade-5) was absent for a day and hence I had to handle her class. Since it was a math class, I thought of giving the students some exercises on perimeter and area – lessons that they completed recently. To make the session interactive and interesting, an activity was done on the spur of the moment. 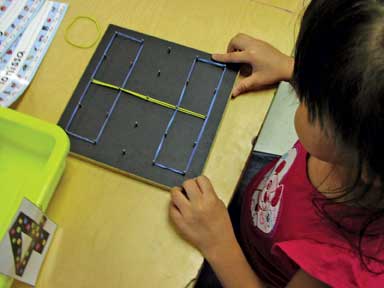 The children were divided into small groups of 5 or 6. Each group was asked to take a sheet of paper, fold it into the shape of a rectangle, further divide that into two halves to make a new rectangle as shown below:

My aim was to test their conceptual understanding on perimeter and area and to expose their common misconceptions, if any. The following questions were posed and each group had to discuss the questions and give reasons:

The author is Mathematics Team Leader at K D Ambani Vidyamandir (Primary school), Reliance Greens, Jamnagar. She can be reached at sinnymolepm@yahoo.in.