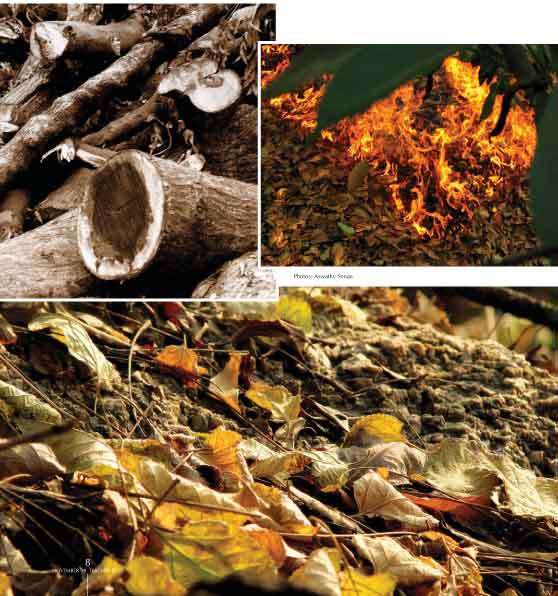 What crisis?
There is now a growing scientific consensus that the impact of human activities on the natural environment is very significant and will have serious consequences for the planet. There is some difference of opinion on how soon this impact will be felt and how widespread it will be. But denial is no longer seen as an option. Most commentators will perhaps agree that the situation can, without exaggeration, be termed a “global crisis”.

What do we do? A recent article in the reputed scientific journal Nature proposes “…. a framework based on ‘planetary boundaries”. These boundaries define the safe operating space for humanity with respect to the Earth system and are associated with the planet’s bio-physical subsystems or processes.”* The authors define nine processes for which they believe it is necessary to define planetary boundaries: climate change; rate of bio-diversity loss (terrestrial and marine); interference with the nitrogen and phosphorous cycles; stratospheric ozone depletion; global fresh-water use; changes in land use; chemical pollution; and atmospheric aerosol loading. Many scientists hope that the discussions and negotiations at the international level like the Copenhagen Climate Summit scheduled for December 2009 will make significant progress in tackling at least some of the issues.

Whose crisis?
Unfortunately there are many difficulties ahead. I will consider three broad issues that arise and then explore the role and contribution of education in understanding and tackling the crisis.

Firstly, the crisis is the result of past actions. It is the result, mostly, of dramatic economic growth that began in the 18th century and subsequently accelerated. Most of this growth happened in what are today called the developed countries. These societies have acquired a level of material wealth, power and technological capability that has no historical parallel. And they, often through conquest and plunder, appropriated resources from all corners of the globe to fuel industrialization. Today, the poorer countries, (the “developing” countries) wish to emulate the success of the rich countries and improve their own socio-economic conditions.

This guarantees that the costs of the crisis will be paid, by and large, by future generations. Normal life will be disrupted through habitat loss and loss of livelihood. Poverty in many countries could increase. There is even the possibility of large scale loss of lives. There is the spectre that the poor and the innocent will suffer disproportionately for no fault of theirs.

The second difficulty arises in the nature of today’s world. We have a world of nations. Patriotism and ethnic loyalties run deep and are considered to be admirable qualities. Economic and political negotiations happen in the context of these loyalties. Most people forget that nations and ideas of nationhood arose relatively recently in world history. Governments try, tenaciously, to protect national interests and sustain hard-won power and prestige. Unfortunately, the environmental crisis is a truly global phenomenon that does not respect man-made boundaries. A ton of carbon dioxide emitted in Japan and an acre of Amazonian forest lost could have local effects but also consequences in Bangladesh and Tibet. We do not have, at the present moment, the ethical sensibilities and the political institutions necessary to address such a challenge.

The third difficulty is in understanding the role of personal change and private action in tackling such a crisis. How far should individuals try to alter their ways of life to meet the crisis – should we eat differently? Bathe differently? Drive less? Many argue, passionately, that personal initiatives are the only solution. Others, equally vehemently, argue that the changes needed are too wide in scope and need concerted action by governments. Many of those who argue for personal change also see the cause of the crisis differently. They see a moral failure in humanity – we allowed ourselves to be seduced by the glitter of the industrial age. We lost our connection to the earth, a sense of its beauty and its importance as life-giver. It is this connection that we need to regain.

The above three challenges can be summarised as follows. The environmental crisis is qualitatively a different challenge from what we have ever confronted. It calls for responses that lie outside traditional modes of thinking. We need to extend our sense of fairness and justice to all people and to future generations. To all life, perhaps. We need institutions that reflect this new ethical understanding. We need individual change and collective political action.

Education. Obviously?
The argument of the last section seems to indicate that we have to understand the causes and consequences of the crisis in all its complexity. We have to feel new ethical imperatives. And new ways of collective and individual action are needed. Isn’t this what education aims to do? Inform, provoke thought and inspire? In the next two sections I would like to explore the scope of educational responses. What are the possibilities? What is outside the reach of education?

A proposition
At a meeting in September held in Bangalore under the auspices of Wipro Applying Thought in Schools, a group of educators from all over the country examined this theme. As part of their discussions, they considered the following proposition:

“Education, broadly understood, is an important part of the response to the challenges that Indian society might face due to the environmental crisis. Educational initiatives have a crucial role to play in communicating the nature of the problem and in nurturing the critical intellectual, ethical and emotional capacities that are likely to help create a meaningful response.”

This proposition is worth examining in detail. The first sentence, while asserting the role of education in tackling the crisis, is careful to acknowledge that there might be constraints. For one, education, while a powerful social process, takes decades and even generations for its impact to be felt. Environmentalists feel that societies do not have that luxury. Therefore, we may have to turn to much more rapid political action. Political action can work in two ways. Firstly, it could tackle environmental problems directly. It could also set the stage for education by speeding up reform of the education system. Education in this context has to be understood in its widest sense. It is not merely school or university education that we are talking about. The educational process here involves all persons, of all ages, who learn. The point is worth emphasizing. The environmental crisis requires a multifaceted approach. Education is only one part.

What can education do?
Having warned the reader that we need to look at education broadly, I would like to use the rest of this essay to focus on school education. We should recognize immediately that ready-made tools and curricula equal to the task are not available. As the proposition points out, recognizing the problem is important, but not enough. As teachers, we are familiar with the phenomenon of “inert knowledge”. Students have a lot of information, but have a poor capacity to understand and apply the knowledge in meaningful ways.

So there is a lot to be done both at the level of policy and in the classroom. The educational policy makers need to realize that adding a new subject called “environmental science” or something similar is at best a small first step. We need flexible frameworks (not rigid and prescriptive lists) that allow teachers to engage the students in interesting ways. We need teachers interested enough and knowledgeable enough to do this. The syllabus needs to be responsive to local issues and has to accommodate local knowledge. For example, teachers and students in rural Rajastan will have to understand a different set of local environmental challenges compared to those in urban Kolkata. So the focus of the curriculum has to shift in significant ways. A sceptic may argue that this has to be done anyway regardless of the environmental crisis. Yes, true. But the stakes just got raised.

What about the classroom? I argue that learning about the crisis and discovering responses to it has two important dimensions. Firstly, the student and the teacher need to understand the complexity and interconnectedness of the problems. Students in sugarcane growing districts of Maharashtra must understand the potential impact of changes in monsoon patterns and ground water use on their livelihood. How would global fossil fuel use induce melting of the glaciers in the Himalayas? And what will that do to life in Uttarakhand and in remote Bangladesh? Secondly, we need to nurture the values and feelings that allow the student and the teacher to discover new responses – both personal and collective. This involves both the questioning of old patterns and discovering new affiliations.

The first point emphasizes the need to move away from an information based approach to one that encourages true understanding. The second is an appeal to make ethical thinking and understanding of values an integral part of the classroom experience. There is some danger here. Most of our schools have reduced “value education” to a mechanical attempt to list a few desirable qualities. There is very little attempt to engage the student in any meaningful dialogue. This approach is paternalistic and generally ineffective. If young people have to acquire a sensitivity to environmental issues that is not merely empty sloganeering, we have no choice but to take the long and hard road to reform.

What about the reference to feelings? This is born of the recognition that values and action are not merely the products of knowledge. A concern for the underprivileged, a sense of responsibility for other people from one’s own country and from other parts of the world, a sense of connection to the natural world and an appreciation of its beauty, all these call for a learning that is not merely intellectual, but deeply linked to our moral and ethical feelings. Taught not by persuasion and propaganda but learned through a process of discovery and dialogue.

Is this a pipe dream? Perhaps. But anything less is likely to be worse than useless. The environmental crisis is inexorable. It calls for the most comprehensive and energetic response societies can muster.

Conclusion
I have argued in this essay that education has a significant role in responding to the environmental crisis. But to be effective education needs to be re-oriented. And political action has to prepare the space for educational interventions. Mechanical, information based approaches have to be discarded in favour of nuanced understanding and a sensitivity to values. The capacity to feel, explore and empathize with others is just as important as conceptual skill. The education system has traditionally been very poor in nurturing these capabilities. Policy makers and teachers are both crucial to this change. The large bureaucratic organization of the education system is a hindrance. Teachers’ skills have to be raised. Can this happen?

In spite of the odds, we have few other options. And failure will cost us the earth. 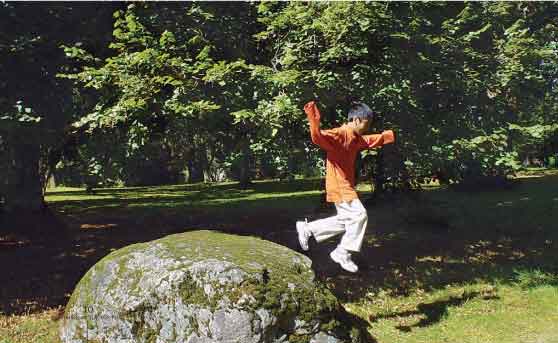 The author works at the Centre for Learning, Bangalore. He can be reached at venu.cfl@gmail.com. *http://www.nature.com/news/specials/planetaryboundaries/index.html