Science teachers of India have among of the toughest challenges in today’s times. Let me explain: 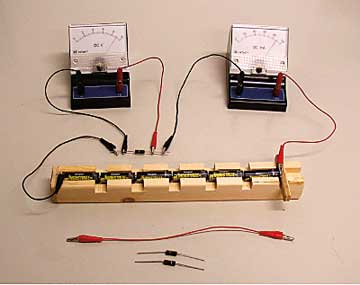 At the World Economic Forum-2011 in Davos, almost all of the eminent economists appeared to be agreeing on one particular point: a country with a strong “knowledge-economy” will take global leadership in the coming times. The heart of “knowledge-economy” is progress in science and research. America, European Union, China, and Japan are firmly marching forward in this direction. However, in the present scenario, India is lagging behind by a great margin. According to Science Report 2010 published by UNESCO, India’s contribution to the world research publication is only 3.7 per cent, whereas China’s contribution is 10.6 per cent and the United States’ contribution is 27.7 per cent. In global patents, India’s share is merely 0.5 per cent (USPTO patents), whereas China’s share is 4.7 per cent and the US’ share is massive 52.2 per cent. Though 16 per cent of the world’s population resides in India, only 2.2 per cent of scientific researchers of the world hold Indian citizenship. In addition, for every one million of population, India has only 137 scientific researchers; this is outnumbered many times by all of the developed countries and many of the developing nations (for e.g., China-1070, US-4663, and Japan-5573).

Will India participate in the global competition and give a tough challenge? In the present times, the economic rise is making Indians increasingly optimistic about their future. However, in order to sustain high GDP growth rates for longer duration, India must generate a large pool of globally competent scientific researchers, whose work will drive future industries. As per UNESCO’s Science Report 2010, one of the biggest challenges for India in the coming years will be to revolutionarily improve both quantity and quality of scientists and researchers. The development of this much needed human resource is rooted in the science classrooms of our schools. And, the science teachers are directly shaping our presumably future scientists. The competition is no more between the GDP numbers, but is between the science teachers of various nations. India will out-pace China and America, if the Indian science teachers out-educate the Chinese and the American teachers. The Indian science teachers, truly, have one of the toughest challenges on their hands.

The author is a Ph.D. student in Educational Research at University of Virginia. He can be reached at [email protected].