English Literature is a subject that focuses on developing the critical eye of the students. My mind is transported to my lectures on Gogol’s First Day taught to students of class VIII. To try doing this while dealing with the immaturity of adolescents is a daunting affair. I will recount three instances of contextualization here, under different heads.

Connecting to the notion of identity
Gogol’s First Day by Jhumpa Lahari, deals with the theme of the protagonist’s (Gogol’s) identity crisis and his existential angst on being called by a name other than his own. In order to make the students delve into the psyche of the character and find the chapter interesting, my mind ventured into using a dicey strategy that I executed in the class. I walked into the class and after a brief exchange of greetings I got into a casual conversation with the students. Then, I began to prolong the apparently casual talk, by addressing all the students with different names other than their own. I continued with this for a span of 20 to 25 minutes, feigning innocence all the while. Finally on being drilled, the students admitted to the sense of unrelatedness, disconnect and loss of identity on being called a different name. I then went on to speak about how it was for the character of Gogol who felt an identity crisis for the exact reasons that the students had themselves noted. I attempted to contextualize the experiences of the students with their personal space with that of the protagonist’s in the story. To my satisfaction, the students remained thoroughly intrigued and interactive for the rest of the classes on this chapter. Though I had to forgo a 45-minute class on an apparently non-academic use, the excursus was absolutely worth it. The rewards of such a sojourn were evident in the score sheets of the pupils.

Understanding varying perspectives
Another incident goes back to my lectures on the chapter Landscape of the Soul by Nathalie Trouveroy, taught to students of class XI. It was indeed a challenging task to teach students the philosophical treatises of ‘internalism versus externalism’, the ‘yin and yang’, ‘Truth’ and ‘Reality’ as understood in Martin Heidegger’s theory. These theories are so convoluted that they would have demanded a thesis merely to explain the crux of the philosopher’s arguments.

Briefly, the chapter deals with how a famous mural has a butterfly that mysteriously comes to life. This spills into the theme of the reality of one’s perspective, and the Freudian ‘conscious’, ‘subconscious’ and ‘unconscious’. Furthermore, the sub-plot has a King entering the cave in the painting, and absurdly becoming part of the other world, with his identity lost forever.

To give clarity to this concept, I took up the task of making a paper ball – the size of a basketball, and distinctively painted it half black and half white. I entered the class and kept the model covered with a newspaper. I then asked two students to stand on the extreme ends of the classroom and asked them what the colour of the ball was. Of course, both of them gave me different answers and began to argue against each other’s claim. I let them debate, aiming to make my point intensely clear. Finally, I showed each student the other side of the ball, which of course was of the opposite colour – thus, emphasizing the fact that both students were correct in their claims. Thus, I conveyed that reality can be said to be based on one’s (subjective) perspective and can be understood in a different light, depending upon what meets the eye. Thereafter, I attempted to connect the implication of the experiment with the lesson. Later that day, the students told me that they found the lesson interestingly comprehensive. 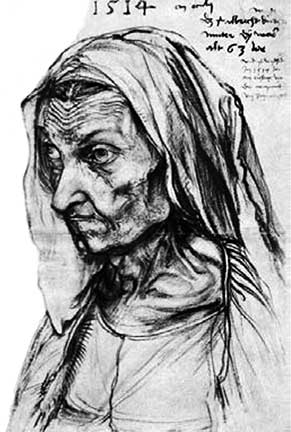 Examining the nuances of memory
Next came the challenge of explaining the dynamics of memory to students of class XI as explored in the poem A Photograph by Shirley Taulson. A day before I was to teach the lesson, I gave the students a small task: to brainstorm on the theme at a personal level. I instructed them to submit a write-up on a souvenir from their childhood that evokes happy thoughts in their minds. Based on their write-ups, a discussion followed where students talked about various souvenirs like pens, photographs, clothes, books, etc., which ignited nostalgic memories. Next, in order to have the students connect to their personal space, I chose a popular song Photograph by Ed Sheeran. I played the audio-visual with the subtitles, and asked them to cast a critical eye on the lyrics. The students hummed the tune and made notes on various aspects of how childhood memories function in the human mind. In the process, the students touched upon the nuances of how memory works. They deduced the paradoxical functioning of memory in preserving and obliterating flashbacks that follow after the death of a dear one. They also tapped on how memory connects one to the past and serves as a driving force in survival.

Another lecture that had a productive outcome due to its links made to the personal realm was on Khushwant Singh’s The Portrait of a Lady. This chapter is primarily based on the theme of Robert Frost’s famous quote – “Beauty lies in the eyes of the beholder.” To take this quote further, I began the pedagogical discourse on the famous painting by the well acclaimed Renaissance painter – Albrecht Durer, of his mother.

I asked the students if they found the portrait beautiful. The portrait is such that is shows a picture of a lady who does not fit into the conventional notion of beauty. Rather, the portrait shows her to be quite ugly. When I asked the students for their opinion, some said ‘yes’ and some ‘no’. Some said ‘no’ but subjectively ‘yes’ owing to the dimension of authentically representing the mother of the painter. My mission was satisfactorily accomplished!

In my experience, even the objective rules of English grammar are best registered by students if explained through examples constructed from the lives of the students. For example, a private joke in the class was that a student named Pratyush resembled a horse, so in order to explain the concept of ‘simile’ and the difference between ‘as’ and ‘like’, I constructed a sentence “Not only does Pratyush look like a horse but also eats like one!” No sooner did I offer this example than I was greeted with a burst of laughter. Later on, to my wonder, the students registered the concepts much more deeply.

What emerges upright is the importance of flexibility in order to ensure efficiency in the pedagogic discourse. This efficiency is best met when the academic texts are explored at the personal realm. Whether it is the complexity of Gogol’s identity crisis or Heideggar’s concept of ‘Truth’, the process of teaching and learning indeed becomes enriching if the ‘academic’ is made ‘personal’ through contextualization.

The author is passionate about literature and its philosophy. She can be reached at [email protected].