Developing an idea about species in the middle and high school science classroom is very important for several reasons. The study of evolutionary biology and diversity of the living world relies on an understanding of species. Interestingly, there is no consensus among biologists about the definition of species. There are more than 22 concepts of species and that too incomplete and inadequate.

In NCERT textbooks, the concept of species is introduced in detail for the first time in the class VIII science textbook. In this article I will discuss a possible strategy to introduce species to students of class VIII. The discussion includes a brief analysis of textbook content, scope and limitations of the concept as given in the textbook, Indian students’ ideas of species, and a lesson plan for introducing species. 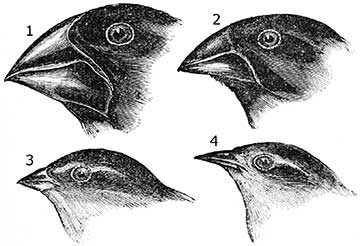 Textbook analysis
In the NCERT textbooks, the word ‘species’ first appears in Class VI: Geography, in the context of Biosphere. In the science textbook of class VIII, the idea of ‘species’ is discussed in detail for the first time in the chapter “Conservation of plants and animals.” The chapter discusses about endemic, endangered, and extinct species with several example of plants and animals against each case. The chapter states that“Species is a group of populations which are capable of interbreeding. This means that the members of a species can reproduce fertile offspring only with the members of their own species and not with members of other species. Members of a species have common characteristics.”

The first part of this idea is famously known as Biological Species Concepts (BSC). Obviously, BSC fails to account for the asexually reproducing organisms. Moreover, this definition does not provide any clue if members of two different species reproduce and give birth to fertile offspring. For example, the tiger and the lion belong to the same genus panthera but are different species. However, the hybrid between these two species produces fertile offspring. Similar cases are found in other animal families like felidae, bovidae, and canidae. Having fertile hybrid among different species is more common in plants though. Some of the examples include wheat and mustard plant.

The author is a research scholar at Homi Bhabha Centre for Science Education (TIFR). He can be reached at shomesaurav@gmail.com.