S Upendran
“Teaching is not a lost art, but the regard for it is a lost tradition.” Jacques Barzun 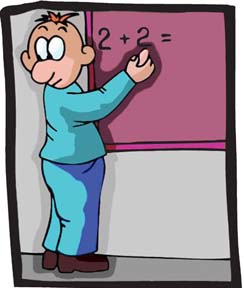 So true, isn’t it? Next month the entire country will go through the farce of celebrating Teachers’ Day. It’s the day when students take pity on their gurus, and decide not to drag them out of the classroom to beat the living daylights out of them. It’s also the day when politicians with little or no education themselves drape shawls around a few of our ageing colleagues, grab the mike, and go into rhapsodies about the so called ‘noble profession’.

Noble profession! Who are the jokers kidding? If it were such a noble profession, then why don’t our not so beloved leaders instruct their sons to embrace it? Why is it they marry off their daughters to businessmen or NRIs, and never to a humble teacher? Are we practicing teachers so low on the totem pole that we are not even considered potential son-in-law material? Is it only politicians who think this way, or are there others who willingly subscribe their view? What does the younger generation, which has its fingers firmly on the public pulse, think of teachers? Would they be willing sign one on as their life partner?

I posed this question to a group of M. A. students and their immediate response was to guffaw. Is marrying someone from our tribe such a potty idea? “Marrying someone from the teaching profession? No way!” said Aijamal rolling her eyes to emphasise how ridiculous the very thought was. “They are so boring,” she added, with a wealth of emotion. My Adam’s apple did one of those quick galloping exercises. Teachers, boring? That can’t be right. I must have heard wrong. Fat chance! A few seconds later, her sentiments were echoed by her friend who employed the word ‘boring’ repeatedly to describe teachers. The Adam’s apple did another quick gallop. Were these girls trying to tell me something about my teaching? Teja twisted the knife further by pronouncing teachers as ‘not fun’ material. (And if the singer with the prismatic hair, Cindy Lauper, is to be believed, girls just want to have fun!) Anwesha readily agreed that teachers couldn’t be any fun.

When pressed for a reason, she replied that since teachers were keen on ‘updating’ their knowledge, they spent all their time reading! ‘Life with them would be boring because they would not have time for anything else,’ she concluded.

I was tempted to tell the young minds that we teachers generally stopped reading once we got a job, but they had done such a wonderful job of destroying my self-esteem that my words were lost somewhere between the brain and my tongue.

Mercifully, however, there were a few students who didn’t summarily dismiss teachers as potential husband material. Garima, for instance, claimed that though she didn’t mind marrying a teacher, she would prefer a ‘journalist’. Why a person from the world of mass media? ‘Because he will never be at home, and I can do what I want!’ Ouch! ‘The only good thing about having a teacher as a husband is that he would be able to handle the kids’ homework’, said Yukti. A few others nodded their heads sagely, and said that if they became ‘desperate’, they might consider tying the knot with a teacher.

So let’s face it, we may belong to a noble profession, but it doesn’t mean we’ll find a mate very easily. Chances are, some of us won’t! It’s very unlikely that parents with daughters will be queuing up in front of our house anytime soon. As one of the least-in-demand types, I guess I should consider myself lucky to have found a mate. But now something is bothering me. Did my wife marry me because she was ‘desperate’? Or did she want me to help with the homework?