Children are highly impressionable. Think of them on the lines of a sponge: the propensity for absorption of influences from around them is exceptionally high. They, therefore, emulate and incorporate behavioural proclivities through observation. If a parent is irritable, the child picks up on the mannerisms and language. If a parent chooses to use harsh language, the child invariably begins using foul language too. A child of impressionable age is bound to spend most of his time between school and home. This leaves the child equally exposed to his teacher; and the teacher’s ways of communication make an impact on the child, just as much, if not more. Except, such impacts are mildly variant. 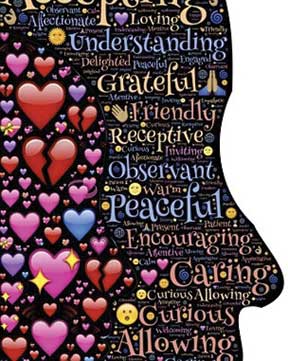 A teacher is a child’s guide: from a young age, the child understands this, although not necessarily capable of cognitively expressing what a teacher means. The child comprehends that a teacher is an approver of sorts, an authority figure who sets thresholds and standards for him to adhere to, and decides how well he performs or does not. To this end, what a teacher says to a child about his capacity goes a long way. Therefore, it is easy for a teacher to write off a child, and leave that lasting impression on the child’s psyche about what he can and cannot do.

The act of being harsh, rough, unkind and hurtful with communication is an act of violence – for it leads to hurt and pain. Non-violent communication, on the other hand, as Marshall B Rosenberg and Arun Gandhi explain, is a way of communicating that leads us to give from the heart. Non-violent communications help reframe our mode of expressing ourselves in a way that our words do not hurt, or cause pain, but rather, become conscious responses that are beneficial to the recipient.

One of the common ways of enforcing discipline and a certain kind of thinking is to instill fear of reprisal for non-compliance. Most teachers tend to do this – and it is a natural tendency, for we are brought up in an environment that fosters and encourages such a mindset. The proclivity towards violent communication is what encourages us to compare siblings who are our students, it goads us to write off a student and determine what his skills should or shouldn’t be.

If a teacher adopts values of non-violent communication, there is a sense of compassion in the interaction between the teacher and the student. There is an enabling environment created for the child, and the child imbibes far more than he is taught – which means that he learns more than just his lessons. He also imbibes values significantly. Non-violent communication opens doors to fewer conflicts, increased skills in mediating conflicts, encourages more listening and fosters mutual respect among all school members, more engaged learning, and the creation of safe spaces at school.

The author is a lawyer and writer by profession. She runs The Red Elephant Foundation. She can be reached at kirthi.jayakumar15@gmail.com.