“The criminal has escaped into the Bhita slum! Jyoti Kumar Sinha, a police constable in his mid-twenties, was careful as he ran down the filthy street searching the winding, unlit alleys in Patna’s bitter winter. He peered into one of the shanties on the way. A family of eight was curled up sleeping around something he couldn’t see clearly – possibly something alive. The youngest children were clutching a creature.

The policeman stepped in a little further. It couldn’t be! As their only source of warmth, the family was snuggling to a large, sleeping pig.

“This image haunted me for more than two decades,” says Mr. Sinha.

”I knew that for these people, there could be only one way out of this predicament. Education had to be the first step.”

The people of Bhita are still known as the Musahars, or the rat-eaters. In the frequent times of distress, the Musahars had been reduced to consuming rodents. Living so close to starvation gave them little time and energy to even think about education.

After he retired in 2005, Mr. Sinha decided he would educate the children of the community come what may. He knew that sporadic acts of charity would not serve as a long-term solution.

He picked the brightest and most motivated children of the entire slum. After much searching, he finally found a charitable boarding school they could attend. It was sub-par, but it was the only option to begin with.

At first, this system worked for Mr. Sinha and the children. He would send them to the boarding school, enrolling one or two more every year. They would attend the school year-round. Mr. Sinha provided everything they needed: uniforms, pyjamas, toothbrushes, and soap. This was not welcomed all the way round. There was unrest among the parents of the other children attending the school. These parents didn’t want their children to be associated with people of such low caste as the people of Bhita.

Mr. Sinha was devastated. But he didn’t let his disappointment get in the way of his determination and responsibility to these people. After tireless searching, he found the organization a space of its own. Now, it was officially a school! The capacity grew exponentially. Soon, the Young India Fellows and Teach for India heard of the Shoshit Samadhan Kendra. Volunteers came frequently, teaching theatre and the arts. Experienced teachers left their jobs to join Mr. Sinha’s effort. 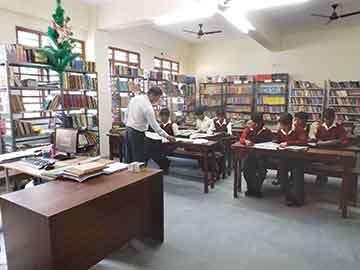 The current Principal, R. Khan, is a perfect example of the spirit of the organization. An article in The Mint summed up his experience well: “Once, during a visit to Bihar, Khan saw a Musahar boy and followed him. He was shocked to see their condition, more so because the place was just 8-10 km from Patna. The child had no clothes, no footwear, and he didn’t go to school.” After his son graduated high school, he took a break in his education and volunteered through the Young India Fellows at the school. He told his father about the school. Impressed with the organization, R. Khan immediately left his job of over a decade at a CBSE day school in Ujjain. It is under his initiative that the Shoshit Samadhan Kendra now has full CBSE certification.

When asked about the students, Mr. Khan stated, “Their enthusiasm creates a loving and caring environment.”

When I interviewed the teachers during my Diwali break of 2014, they agreed, and mentioned how eager the children are to learn. To quote Suraj, one of the graduates, “Whatever I was taught, I would try to remember. We had a good English teacher and I copied the way she spoke. I wanted to learn everything.”

The last year has been a momentous one for the school. Due to overcrowding and lack of facilities the school has moved out of its rented space. Mr. Sinha purchased a plot of land of more than 2.5 acres. A fully functional and expandable school building has been constructed, complete with fields, more classrooms, dormitories, and a courtyard. The current building has space for hundreds of more incoming students. At the inauguration ceremony, the 337 boys staged Shakespeare’s Julius Caesar for Mr. L K Advani and Shatrughan Sinha.

Of the first batch of graduates, three of the four students have gone on to university. Suraj currently attends the prestigious University of Central Bihar. Prem and Manoj go to Bihar National College. All three are set to graduate in 2018.

Mr. Sinha hopes that within the next few years, planning will commence for an equivalent girls’ school. He is working on installing a permanent self-reliant administration and he aims to keep the school true to its vision – “Service to mankind is the highest form of religion.” [Vivekanand]

It is one of his favourite quotes and he always tells me to live by it. As his granddaughter, I promise to.

The author studies in The Brearley School in New York City. She can be reached at avantikasinha2011@gmail.com.