Nick Middleton is an award-winning geographer, an acclaimed travel writer, TV presenter, environmental scientist and university lecturer. He is the author of several travel books and has won the Royal Geographical Society’s Ness Award in 2002, in recognition of his attempts to increase public enthusiasm for geography through travel writing. His curiosity about how planet Earth works and how people interact with it was fuelled from an early age by his family’s world atlas, Herge’s Adventures of Tintin and an endless flow of Willard Price novels. Now he works and communicates on a wide variety of environmental issues and travel topics for a broad range of audiences, from government policy-makers to primary-school children. He also teaches at the University of Oxford where he is a Fellow of St Anne’s College. 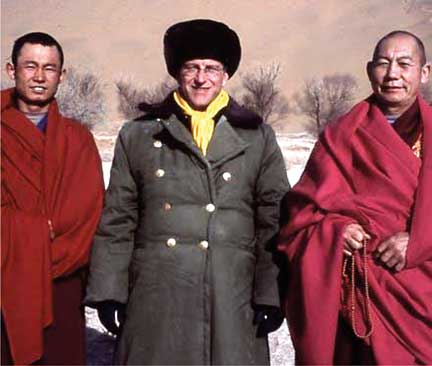 Nick is the author of seven travel books, including the bestseller, Going to Extremes, which accompanied a television series he wrote and presented for Channel 4 and the National Geographic Channel on extreme environments and the people who live in them. His TV documentaries have been broadcast all over the world and his books translated into more than a dozen languages. Nick has travelled to more than 90 countries and has highlighted the yearning of 50 “wannabe countries” with his Atlas of Countries that Don’t Exist.

An excerpt from his book ‘Extremes along the Silk Road’ has been prescribed for students of Grade 11 (CBSE). His work and adventurous travels sparked an interest in me and my students alike and we were privileged to interview him. We present here some excerpts from our conversation. 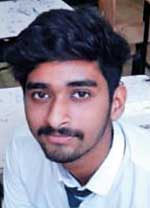 Vaishnav – With reference to the excerpt from ‘Extremes along the silk road’, my question to you is – Kora is a religious practice. As an academic to the core, what made you want to do the Kora at Mount Kailash?

Nick – Tibet is the largest of all the topographical barriers to transAsian communications. It is referred to as ‘the roof of the world’ and can also be called as the Navel of the Universe. When I reached Lhasa, I saw pilgrims young and old from all over the Tibet. I decided to visit Mount Kailash firstly due to its peculiar geographical status as the fountainhead of four great South Asian rivers and secondly because it is a place of worship to four major religions – Buddhists, Hindus, Jains and followers of the Bon religion (Tibet’s ancient faith). While commercial travellers avoid such topographical obstacles, pious explorers seek it out. 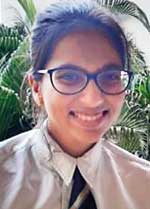 Ambica – When you saw multi-coloured sheets of plastic that were made into voluminous shopping bags and sold all over China and other parts of Asia, you mention that ‘plastic must rate as one of China’s most successful exports along the Silk Road today’? Is that an assumption or are there concrete evidences to support the statement?

Nick – It’s a good question. The label for tract of land known as ‘Silk Road’ is a recent one, but has much deeper roots. The Romans developed an insatiable appetite for luxury goods made of silk from China. Silk was just one of the commodities. In modern times, plastic is one such export not only to other countries in Asia but even to European countries. Considering the harsh terrains of the Silk Routes, it can be rated as one of China’s most successful exports. 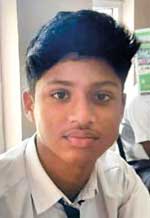 Sarath Chandra – Your most recent visit to India, we got to know, was in September. You were in Delhi, one of the most polluted cities in the world. As a geographer and environmentalist, do you see a workable solution to combat pollution in Delhi?

Nick – Absolutely. Regulating industrial waste is a significant step in reducing pollution in Delhi. I had been staying at Noida, where the air quality index is poor. The e-bikes initiative is a good step that I found there. But in small, little ways, everyone can contribute their bit in combating toxic pollution levels in Delhi by adopting alternative energy resources, avoiding plastic or by taking public transport. 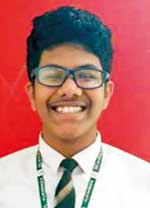 Aditya – We could understand that you had to encounter not several, but many hardships during your travels – from sleeping on steaming rocks, eating dubiously cooked food to strange travails in Moscow, Casablanca and Mongolia. All these did not deter your grit and passion for travelling and unravelling the mysteries of the earth. What keeps you going?

Nick – The raw material of nature and the relationships people have developed with the physical world have always interested me. As a geographer, this has been the focus of my subject. I have come to believe that eyewitness encounter is the only way to study physical geography and fortunately I survived. We live in an age obsessed with exchange of ideas and communications but some societies must be allowed to flourish in their own distinct ways. Given the fact that I am sometimes afraid of difficult terrains or towering mountain ranges, I still take the risk of confronting my own fears and phobias keeping in view the bigger picture of the planet and its people.

LS – In one of your documentaries, I watched you enjoy playing with the local children in a remote part of the Sahara. You also tried your skill at riding a camel and milking it too.

Nick – Yes, I can tell you that it’s not at all an easy job. Of course, I enjoyed playing with the kids. It was a good experience. 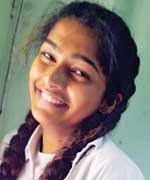 Nandini – Have you been to Tuvalu, the island nation? We heard that the group islands are too tiny. Do you think that it would be the first country to be submerged into the Pacific as a result of melting ice caps?

Nick – No. I haven’t been to this place. While we talk, I am browsing on my computer. It says ‘It’s in the South Pacific and an independent island nation within the British Commonwealth composed of nine coral islands’. The local catch-phrase here is ‘One day, we’ll disappear’ and it looks like it is really going to sink. (Thank you for this question). I think I will try to visit this country before it sinks if at all it is going to.

Yashwitha – Your area of specialization is desertification. Water is a scarcity in deserts. It is even more distressing to know that people walk for long distances to fetch water. Even in North India, places like Rajasthan with its Thar desert and cities like Mumbai face water crisis. How can we bridge the gap between deserts and other land forms especially in terms of equal right to water?

Nick – A good question. There is scarcity of water in deserts but life thrives there. Plants, animals and other organisms have adapted to the extreme climatic conditions in deserts and survive in such harsh climates. More can be done to use water carefully, and waste water recycling is an idea that should also be considered. 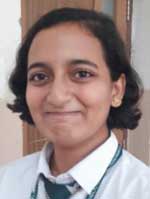 Sakshi – (Sakshi greets Dr. Nick with the traditional Namaste and in response he greeted ‘Namaste’ with greater enthusiasm and the hall resonated with a thunderous applause from all the students.)

‘Climate emergency’ has been declared the ‘Word of the year’ in 2019 by Oxford Dictionary. Its inclusion in the dictionary only sends us a signal that it is high time that human claims on the earth’s biological systems need to be reversed. As stewards of planet earth, how can we become part of the solution to combating climate change? What role do you envisage for us students?

Nick – As students, a greater responsibility is bestowed on you because you have a long life to live. You have a voice and by reducing your own carbon footprint, you must demand action, and at the same time, set an example for all: to juniors because they like to emulate seniors, but also to all those grown-ups who continue to behave irresponsibly.

Vamsi – Do you think the workings of physical environment influence the political and economic frameworks or is it vice-versa?

Nick – The workings of the physical environment occur in their political, economic and social frameworks. Just as the natural environment impacts human societies, human actions also have impacted the environment and these actions often stem from economic, social and even political needs. 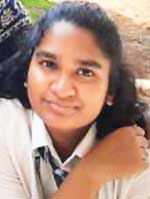 Deepanvita – We live in the bifurcated state of Andhra. Due to this, a new capital for the state is in the process of being built. The planned city is located on the southern banks of the river Krishna. Urban planning experts claim that the floodplains of the river shouldn’t be disturbed but many argue that farmers have already given their land for development. As students, we are sometimes misled and confused. What is your opinion on developing a capital city on the floodplains of a river?

Nick – Right now, where I am sitting in Oxford, England, this place has been built on the floodplains of the river Thames. We must remember that ancient civilizations thrived along the rivers because waterways provided an important means of transport. However, rivers flood and planning to build a city on the floodplains of a river means you are inviting trouble. Development must be conducted with this in mind.

Let’s do an experiment. How many students are present here?

Nick – Okay. How many of you think that the city should be built on the banks of Krishna and how many of you think it shouldn’t be? (Sixty percent of them were positive about building a city on the floodplains of the river and forty percent were negative) When asked why, a student (Nandini) said that there is a need for the region to develop and flourish and building a city would help. 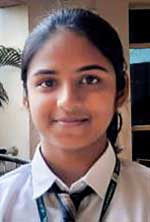 Azeeza – Which of the places you visited during your travels has given you the most rewarding experience?

Nick – This is a difficult question. If I have to choose, then I think Mongolia is a place that I cherish till today because people over there are very simple and plain-hearted. They are extremely warm and welcoming. I love the people there and their food too. 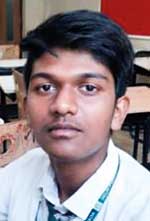 Rahul – Thank you Dr. Nick for taking time to interact with us. The difference in latitudes did not create any constraint, thanks to technology. I am sure this interaction will remain in the cradle of our memories forever. Your spirit of inquiry and academic pursuit will always inspire us.

Nick – Thank you and wish you the best.

(This interaction created in students, who otherwise prefer to remain inside the periphery of science/math or commerce streams, an interest in geography, the physical world and its people.)

The author teaches English in Delhi Public School, Vijayawada. She is currently focusing on supporting students with reading and writing difficulties. She can be reached at leena3278@hotmail.com.