School teachers are saddled with so many teaching hours and administrative responsibilities that they hardly get the time to discover new books during their academic year. The summer vacation, however, brings some respite. Teachers who enjoy fiction look forward to getting lost in stories and building relationships with characters.

If you are among those, you will enjoy my reading recommendations for this summer. This list is in keeping with my work as a peace and human rights educator, looking to create classrooms that honour students for the diverse identities they bring to school. With identity, they bring knowledge, insight, perspective and creativity often born of struggle and resilience.

Apart from offering you a short review of each book, I will also share some ideas about how you can use it as a resource to deepen your practice as a teacher committed to social justice. Students will notice little changes that you make, and appreciate your efforts to make them feel valued.

This novel revolves around the adventures of Etoa, an adivasi boy who lives with his grandfather Mangal in a place called Hathighar. They lead a dignified life within their limited means but Mangal wants a better future for his grandson. Few families are able to send their children to the local school for adivasis because their days are occupied with physical labour in the homes of the exploitative village elite.

“Because we didn’t know how to read and write and were afraid of the law courts, the Babus gradually took everything away from us – our land, our cattle,” says Mangal. Throughout the book, we see examples of how the adivasis are cheated because they are illiterate. They know little about the government schemes available for their welfare. However, they are determined to outwit these oppressors by educating their children.

What I enjoyed most about this book was the manner in which it described the rich cultural life of the adivasis – their festivals, stories, heroes, deities, and connection to the earth – without taking on a patronizing gaze. We hear them speak about their own traditions with pride, and also a certain amount of wistfulness because older ways of life have been transformed with urbanization.

I feel that this agency is important when we speak of people who are marginalized. If an author is not mindful, they can easily slip into exoticizing or fetishizing this difference from their own reality. I think Mahasweta Devi does a beautiful job of representing Etoa not only as a member of the Munda tribe but also as an individual character with his own talents, dreams and challenges. He goes to school despite all the hardships, and is also able to have a vibrant childhood outside of it.

The author writes, “Adivasi children have some special problems in school. Because they live in the open, in the midst of fields and rivers, sitting inside a school-room for long spells gives them a feeling of suffocation. If their teacher is an adivasi, they are more at ease. They can understand him and he follows their problems.” It is helpful for educators to make this connection between restlessness and cultural context, else adivasi students might end up getting punished because their affinity for the outdoors could be interpreted as a disciplinary issue.

The book refers to two days that are important for adivasi communities. One of these is Sidhu-Kanhu day on June 30 “in commemoration of the great Santhal rebellion of 1855-1856”. The other is November 15, “the birthday of Birsa Bhagwan, the great leader of the Mundas”. How can you highlight the significance of these dates in your own school, regardless of whether you have adivasi students, teachers or administrative staff?

When you acknowledge these as important either in your history class, or your morning assembly, or your display boards, or the list of school holidays, what message do you send out about the people these dates are connected to? What stereotypes do you dismantle? It is worth making time to think about the many ways in which we can affirm, include, and express solidarity as teachers who care.

This novel tells the story of a girl named Komal who is struggling with the realization that her best friend, Sahil, identifies as gay. From being angry with him for concealing his ‘true’ identity to confronting her own homophobia, from seeking the professional support of her school counsellor to becoming an ally who is protective of her queer friend, Komal goes through an emotional journey that the author presents with great sensitivity.

What I appreciate about this book is that it does not pathologize Sahil’s sexuality although it provides a convincing description of the trauma he has to go through as a queer person living in a heteronormative society. The problem is located not in his ‘deviance’ from the life script that is assumed for all people but in the inability of social structures to promote personal freedom. It is rare for schools in India to have queer affirmative counsellors but it is wonderful to see that this book has one.

The disgust for homosexuality is embedded in patriarchy, which valorizes male virility and perpetuates the idea that men who are unwilling to engage in reproductive sex for the continuity of the human species are an abomination. In the context of India, this patriarchy is deeply entangled with the caste system. Heterosexuality is valued because inheritance is passed down from father to son, and ensures that caste privilege – in addition to property – is also retained over subsequent generations.

This book was published before the Supreme Court of India decriminalized same-sex love but it continues to be relevant. In the character of Komal, many readers are likely to find themselves, especially when she says, “You can’t be best friends with someone for twelve years without knowing that they’ve been trying to tell you something. But there’s one thing I’m very good at and that’s denial. Oh, and changing the subject.”

I want you to experience the book, so I will not reveal any twists in the tale. As you read it, think of the gay, lesbian, bisexual, transgender, queer, asexual, pansexual, non-binary students in your school and what you can do to create safe, affirming and supportive spaces for them to thrive. How can you make them feel seen, heard, loved and understood? Put up a rainbow flag in your classroom. Go to pride marches. Talk about the contributions of queer people to science, literature, art, psychology, sports and fields.

These students may or may not confide in you. Your school may or may not organize professional development workshops to help you understand alternatives to cisgender-heteronormative ways of being. However, you can be proactive just like Komal and use the Internet to learn what you need to know. When students see that you are comfortable speaking of queer lives and experiences, they will know that you are around if they need to reach out. Model the use of queer-affirmative language. Speak up against homonegative and transnegative speech.

It is crucial that you educate yourself so that students, who are already dealing with the anxiety of being different in a world that rewards conformism, do not have the additional burden of making sure that you learn the right vocabulary to make sense of their experiences. It is not their job to perform queer labour so that their lives become consumable and palatable for cis-het educators. If you identify as queer yourself, do not assume that all queer students have had the same life trajectory, family circumstances, hurdles and support systems as you have. 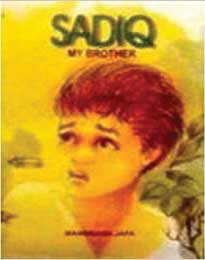 This novel, set in 1971, offers a compelling entry point into the Liberation War of Bangladesh. While there is an authorial note at the end offering a more conventional facts-and-figures sort of historical account, it is primarily the story of one family that tries to keep things together when their world is falling apart. Historical events take on a deeper meaning when we see them through such an intimate, personal lens. Even if your students do not learn about this particular war as part of their history lessons, this novel has a lot to offer.

As war breaks out between the West Pakistan army on the one side and the Mukti Bahini as well as the Indian army on the other side, Fazal who is the narrator of this book accompanies his mother, his brother and over 10 million refugees who seek refuge in India until it is safe for them to return home. Fazal’s father is captured by the West Pakistan army, so he cannot join them when they leave Jessore and try to build a new life in Tuticorin.

Sadiq is the older brother who takes on the role of the ‘man of the house’ for a while but goes back to Jessore to join the Mukti Bahini and liberate his homeland. He also manages to locate the father, who has lost his limbs during the war. When things are calmer, and refugees begin to return, Fazal and his mother are also reunited with Sadiq and the father. East Pakistan is now Bangladesh. Freedom has come at a high cost. Houses are in shambles. There is blood all around.

What I liked about this book, first and foremost, is how the refugees hold on to their self-respect. They are able to start from scratch with help from their friends but their most vital resource is their own resilience. This narrative is powerful because media depictions of refugees often paint them as a law and order threat, an economic liability, and as a population that prefers to live on charity rather than earning their own livelihood. This novel breaks those stereotypes. Fazal, Sadiq and their mother never look for pity. They are creative, enterprising and always ready to repay the kindness they have received.

It also acquaints us with the experience of children during wartime. They have no say in their future, which is inevitably shaped by the decisions adults make. They not only lose the right to grow up in a safe environment but they also have to be separated from their friends. Working with excerpts from this novel could be a great way for you to help students connect with the experiences of children growing up in Kashmir, Palestine, Syria, Afghanistan, Yemen, Balochistan, and various other regions of the world that are heavily militarized.

You may or may not have children from refugee families in your class but the emotional impact of migration is also faced by students whose parents are migrant labour or have frequently transferable jobs. Having to say goodbye to old friends in a familiar place can be an emotionally scarring experience. Similarly, making new friends in an unfamiliar place, where peers already have their own groups to mingle with, can be quite tough. Intimacy is often based on shared experiences, and it takes time to create those.

What are you doing in your school to make transitions easier for children who are coming in or who are leaving? Are there systems in place to provide additional academic and social support? Does the school make special efforts to help them with any mental health issues that come up? Is it only the student’s responsibility to feel ‘integrated’, or does the school sensitize their peers and teachers to also share some of this responsibility by reaching out? I hope these questions assist you in your journey towards becoming a more empathetic educator.

The author is an educator, researcher and teacher trainer. He has an M.Phil. in English Language Education, over a decade of experience as a practitioner, and a deep commitment to creating a queer affirmative world. He can be reached at chintan.prajnya@gmail.com.