The Indian Women’s Movement has a fascinating history and in fact has had the education of women at its heart. From the days when it was believed that a girl would see the dead face of her husband if she as much as looked at a book, India has come a long way to having the education of the girl child as a priority.

When put like this, it seems that the fates of women have seen an upward, progressive trend through time; but a deeper investigation would reveal that the stranglehold of tradition and ‘Indian culture’ which is a euphemistic way of saying ‘patriarchy’, is what still governs the lives and destinies of Indian women. In 2012, the World Economic Forum released its Global Gender Gap report, in which India ranked at 105 out of a total of 135 countries. The report ranks countries according to gender gaps on parameters related to economic participation, educational attainment, political empowerment, and health and security. One need not reiterate the other problems that beset women – female foeticide/infanticide, child marriage, sexual exploitation, dowry, domestic violence – to use broad headings for experiences personal, painful, and plentiful in India. 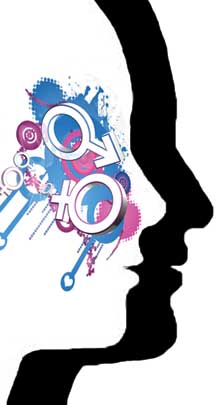 The year 2012 was a very important one. Important because after a long period of inaction, the women of the country took to the streets to make their voices and concerns heard. Such moments are rare in the history of patriarchal societies of the sort that we live in. And we, who were part of this historical moment, are indeed lucky to have been part of it, or witnessed it. The multifarious forms of subjugation that the Indian woman suffers, both in the private and public spaces, have come into the mainstream discourse like it has never before. And the hope is that this discourse gathers greater momentum so that the lives of women, who belong to Bharat Mata, are positively impacted for posterity.

Few of us would have escaped the news that bombarded the average Indian through the latter half of December 2012 – of the 23-year old rape victim’s agonizing struggle that ended in her death, which was accompanied by massive protests by women in the national capital. What also followed was a slew of rape cases reported by the media from across the country. It made us see very clearly just how commonplace rape is in India. But the underlying subtext of this phenomenon is the status of women in India. You may be tempted to ask at this point, what is the purpose of this discussion in a magazine devoted to the Indian teacher and education?

Well, it is to the Indian teacher, who more often than not is likely to be a woman, that this piece is addressed. It has been the vision and mission of Teacher Plus to address a range of issues in education. But at this point in time, we would like to ask ‘education for whom?’ and ‘education for what?’ In our concerns for education we pay a lot of attention to improving the teaching-learning processes for better educational outcomes. But these educational outcomes are related to the performance of students in assessments, the increased scope of their employability and other such aspects, which are basically instrumental to students having better futures in financial terms. What gets spoken of at times, but gets missed out in classroom transactions and teachers planning their lessons, is the more serious aspect of education – education as the site for social transformation.

For the most part we look at schooling as a process that transmits the collective knowledge and culture of a society to the young generations. While this is a valuable project, we fail to realize that in the process we also transfer several undesirable attitudes, notions and stereotypes to the younger generations; thus ensuring that the most important aspect of being a person belonging to a certain culture – the mindset or the worldview – remains unchallenged and accepted without any critical interrogation.

A lot is written and spoken about “education for equality and social justice”, and I’m sure that all of us teachers, especially the women among us, claim that men and women are equal. But do we really exemplify that for our students in our actions? Are our personal lives as women in consonance with the belief that men and women are equal or do we subscribe to traditional notions of the woman doing all the housework and working outside? Do we unknowingly and unwittingly behave in ways that transmit gender roles in our classrooms? Do we have set notions about what boys are better at and what girls shouldn’t do? Do we believe that boys and girls should be kept away from each other after a certain age, to avoid any ‘trouble’? Do we send girls for dance and boys for sports? Do we make boys and girls stand in separate rows or sit separately? Do our textbooks have more stories about boys than about girls? And when there are stories about girls, how is it that they are depicted? More importantly, do we think about these realities? Or do we take them for granted as ‘normal’, ‘natural, ‘part of our culture’?

It is with the intention of asking some of these questions, interrogating some of our beliefs, and discussing important research in the area of gender and education, that Teacher Plus initiates a special column, Gender Bender, on gender issues in education. We invite your responses/experiences/opinions as teachers and more important as men and women who are invested in society, education, and the youth. This space is also dedicated to sharing insights from research papers and theoretical concepts which are relevant to a deeper understanding of gender in education, and how as teachers, educators, curriculum designers, material developers, we all have an important responsibility of ensuring that we do not perpetuate the present system of inequality and move towards some attempt at transformation.

The author works in the field of education. She is doing her Masters in Education from Tata Institute of Social Sciences, Mumbai and is interested in the areas of gender, language learning and teacher development. She can be reached at simranluthra@gmail.com.