The prevalence of child undernutrition in India is among the highest in the world, and nearly double that of Sub-Saharan Africa, where food insecurity is much higher. India also has the highest number of children with vitamin A deficiency and anemia. 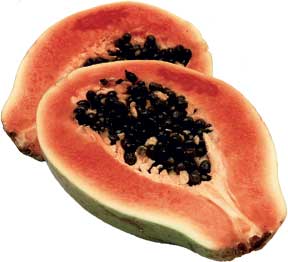 Poverty, inappropriate eating habits, and cereal based diets (consisting mainly of rice and wheat) are a few reasons for nutritional deficiency in India. The consequences of undernutrition and vitamin A deficiency are severe, often irreversible, and reach far into the future.

As vitamin A deficiency leads to blindness, the Government of India started the Universal vitamin A supplementation program to provide therapeutic doses of vitamin A supplements to children between six months and five years of age. Although the universal vitamin A prophylaxis programme has been in place for the last three decades, vitamin A deficiency continues to be a public health problem in India. According to the National Family Health Survey (NFHS), only 28.7% of the children in India, below five years of age, have received a vitamin A dose in the last 6 months.

The author is the Director of Akkshaya Foundation, with a vision “let food be your medicine”. She has worked as a nutrition consultant at Apollo Hospitals, L V Prasad Eye Institute, and as a sports nutrition consultant for the Afro-Asian games. She can be reached at sunsapur@gmail.com.