Though Covid-19 has taken a huge toll on human lives and has engendered unprecedented levels of economic hardship, we can’t deny that it has also bestowed some blessings on our planet. Pollution receded for the first time in years. Anecdotal reports of people sighting more birds from their balconiesor insects around their homes multiplied. Our frenzied lives are on pause. As we are cloistered within cemented walls, people are recognizing the power and pulchritude of nature. Hopefully, this hiatus will also change the way we view ourselves and nature and our place in the great cosmic order. By forging our relationship with nature within our local ecological niches anew, we can protect and preserve nature’s bounty while also radically altering our inner lives. In this article, I explore how attending to the natural world can deepen and widen our attentional skills and powers of perception. 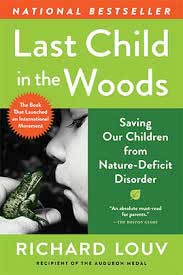 Back in 2008, in his book, Last Child in the Woods, author Richard Louv bemoans that the current generation of children, growing up in metros and suburbs are not as intimately linked to the natural world as earlier generations were. As children increasingly spend time indoors hooked to screens, Louv worries that kids are not engaging in free play in the great outdoors, with “environmental, social, psychological, and spiritual implications.” Besides increasing rates of childhood obesity, the diagnosis of ADHD and anxiety are ballooning. Louv argues that communing with trees, birds and bees may enhance children’s motoric dexterity, ability to focus and serve as a therapeutic balm. As nature stimulates all the senses, no toy or video game can serve as a substitute for playing outdoors.

Writing on PositivePsychology.com consultant and researcher, Courtney Ackerman describes the pioneering work of Rachel and Stephen Kaplan who developed Attention Restoration Theory (ART) in the late 80s and 90s. According to ART, besides being pleasurable, spending time in nature also enhances “our focus and ability to concentrate.” One aspect of this theory proposes that nature helps us regain our attention after we have been mentally fatigued.

In support of this, Ackerman cites a study conducted by Terry Hartig, MarlisMang and Gary Evans where participants were first given “attentionally fatiguing tasks” and then divided into three groups. Subsequently, the natural environment group walked in nature for 40 minutes while the urban environment group strolled around the city for the same duration. In contrast, the passive relaxation group listened to soothing music while perusing magazines for 40 minutes. 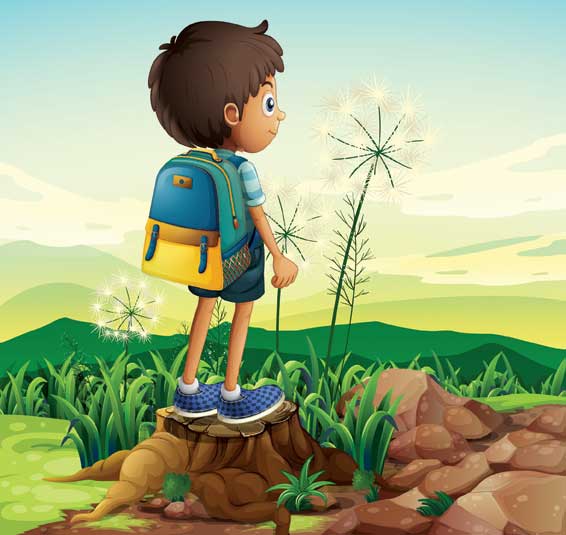 On a post-test, the first group outscored the other two. Self-report measures also revealed that those who walked in nature had the “highest ‘restorativeness’ score.” Similarly, a study by Rita Berto showed that viewing photographs of natural environments resulted in improved performance on a sustained attention task compared to pictures of “non-restorative environments” or geometric patterns. Ackerman also cites the work of Carolyn M. Tennessen and Bernardine Cimprich who found that college students who had more scenic vistas from their dorm windows did better on “tests of directed attention” than those with more prosaic views.

In her thought-provoking book, How to Do Nothing: Resisting the Attention Economy, artist and writer, Jenny Odell writes that bird-watching “changed the granularity of my perception.” When she first embarked on this hobby, she started noticing birdsong more frequently. What struck her was that the birdsong had always been there, but now she had learnt to direct her attention towards it. Gradually, she began to differentiate more birdsongs and the creatures that were emitting them. So, by making an effort to pay attention differently, Odell avers that we can all learn to “differentiate finer and finer frequencies.”

As the nationwide lockdown gradually eases, people will heave a sigh of relief and will probably cherish the opportunity to breathe fresh air. However, instead of reverting to our harried lifestyles, perhaps, we need to acknowledge and appreciate nature by directing our attention more mindfully. By inspiring children to delight in nature, we may help them attune their attentional and perceptual skills.

The author writes on teaching, learning, work and well-being for leading newspapers and magazines. She blogs at www.arunasankaranarayanan.com. Her first book Zero Limits: Things Every 20 Something Should Know will be published by Rupa Publications in 2020. She can be reached at arunasankara@gmail.com.