Curiosity was Pandora’s virtue, and mankind has been blessed with the same. This has been the driving force behind our attempts to try and make sense of the world we were born into, to understand nature in our own terms. And it is such attempts that have given birth to the Periodic table of Elements, which in turn lies at the heart of our understanding of the world. 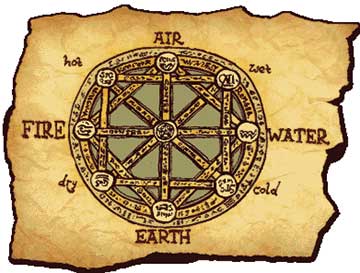 The Greek philosopher Aristotle was the first to classify nature as being composed of four fundamental elements: earth, fire, air, and water. Gold, silver and copper were relatively easy to mine with primitive tools, and were known to mankind from a long time. Properties of gold such as its beauty, scarcity, weight, ductility and malleability made it a much sought-after metal, so much so that people were on the lookout for the mythical Philosopher’s Stone, which was rumoured to have the power to turn base metals into pure gold.

In 1669, the German alchemist, Hennig Brand, while attempting to find gold from pre-existing compounds, boiled down a vat of urine until the leftover substance was red-hot. The residue then produced a ghostly glow and burst into flames upon coming in contact with air. Brand named this new substance ‘phosphorus’, meaning ‘light-bearer’ in Greek. This was the first recorded discovery of a new element, which Robert Boyle later defined as a chemical substance that cannot be broken down into a simpler substance by a chemical reaction.

A century passed following the discovery of phosphorus when Antoine Lavoisier, a nobleman during the French Revolution in 1789 wrote Traité Élémentaire de Chimie, which is considered today to be first modern textbook of chemistry. Lavoisier listed out in his book oxygen, nitrogen, hydrogen, phosphorus, mercury, zinc, sulfur and even light (which he believed to be a material substance), and classified them for the first time into two categories: metals and non-metals.

In 1803, John Dalton took a step further and postulated his Atomic Theory based on Joseph Proust’s earlier Law of Definite Proportions.
All matter is composed of atoms
Atoms cannot be made or destroyed
All atoms of the same element are identical
Different elements have different types of atoms
Chemical reactions occur when atoms are rearranged
Compounds are formed from atoms of the constituent elements.

Tarun is a student at Centre for Learning, Bengaluru. He enjoys playing the piano and can be reached at taruniype@gmail.com.

Amrutha is currently a student at Centre for Learning, Bengaluru, and has been practicing Bharathanatyam dance since the age of four. She can be reached at manjunath.amrutha18@gmail.com.