When you observe people in India, you find so many examples of how accommodating they are: inviting unexpected visitors to eat at mealtimes, sliding forward or back to fit additional passengers on a scooter (three, four, or even five!) and welcoming people and ideas from all countries, cultures, and religions. However, when it comes to education, Indians have found it much harder to exercise their spirit of inclusion; educators have not been actively engaged in recognizing learners’ unique abilities and finding ways to get them to build on those qualities.

While children possess a wide variety of aptitudes, parents have dissuaded them from focusing on those that don’t help them secure marks, especially in standard academic areas such as math and science. The reason is that until recently, there has been limited scope for employment, with a greater number of higher paying jobs related to engineering or medicine. Those who achieve better results get the chance to study in better colleges, which in turn leads to better positions in better companies. Thus, there has been less reason for parents to pay much attention to, say, their child’s prodigious artistic or musical abilities, as they have little faith that alternative careers could provide a regular and significant source of income.

Schools have followed suit by catering to the demands of parents, doing their best to ensure that children are on a track of attaining higher marks in traditional academic streams and facilitating their rise up the professional value chain. With such pressure on these institutions to cater to this narrow scope of learning, is it any wonder that there has been little incentive for them to explore and cultivate the full array of children’s abilities? Neither have there been attempts to help children foster a feeling of self-esteem – that even though they may not be endowed with certain academic prowess, they possess qualities that are not just redeeming but also of tremendous value. And what of trying to enfranchise children with special needs such as those with physical or mental disabilities! 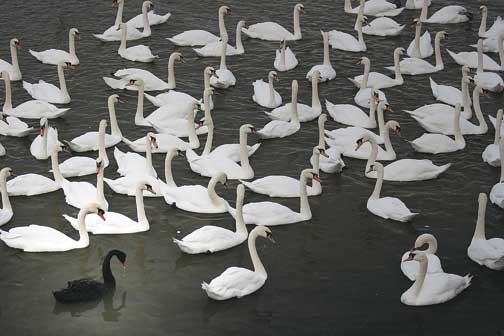 But while the last few decades have been marked by a rapid urban shift and a competitive scramble to gain a foothold in the white-collar domain, the evolution and maturation of the economy has spawned new markets and careers; the money trail has branched into sectors such as hospitality, retail, and design, and the demand and pay for competent professionals in these areas has skyrocketed. People are settling down more comfortably as they are finding gainful employment even after failing to succeed in the traditional route of schooling or failing to get into top colleges. As a result, many are beginning to wake up to the fact that their children are not cut out for standard education, but that this doesn’t preclude them from finding successful, meaningful careers.

Here’s a story to illustrate my point: About a year ago, a man came to my office with his son. “Mr. Rudolph,” he began, “I’m Mr. Kumar, and this is my son. He’s in Class X and he’s a duffer.”

Completely taken aback by this shocking beginning to our conversation, I immediately interrupted, “Sir, that’s hardly a fitting introduction. Certainly he must have some good qualities.”

He replied, “Is he your son or my son?”
“Your son, certainly,” I declared.
“That’s right, he’s my son,” he continued, “and I can tell you he has no good qualities.”
The boy, whose head was already hanging in embarrassment, sank deeper into his chair hearing these words of disparagement. In a bid to turn the situation around, I asked the man, “Does he make friends easily?”
“Well, yes,” he acknowledged. “That he’s good at. In fact, he’s got too many.”
I then asked, “How about helping others? If you or your wife requests him to assist you around the house or to serve guests, does he oblige?”
“Um, yes. In that area he’s excellent,” he admitted.
“So it seems as though your son has strong people skills and a providing nature. Did you know that these are critical for people who are Public Relations or Hospitality professionals?” I asked.

I then went on to uncover numerous qualities within the boy that the father had been either unaware of or had been overlooking. Needless to say, both father and son went back home with a new perspective of the boy’s abilities and future career opportunities.

When a child recognizes that he has qualities of value and he can see how his contribution to his family, friends, school, and community is meaningful, his confidence and self-esteem automatically begin to flourish. It is this self-confidence that is the basis for his ambition, passion, and desire to become an integral, constructive member of society. However, when nourishment does not reach his roots in the way of recognition and support for his uniqueness, malady manifests in the form of apathy, misbehaviour, stress, depression, emotional distancing, and so on.

The same holds true for students with disability. Such children also crave acceptance and a deep desire to know they are contributing meaningfully to those around them. For example, years ago in my own school, we had a student who had been stricken with polio in her childhood. One day, as students were preparing for the school foundation day, I found her sitting all alone in a classroom studying, in full view, the marching squad on the field below. When I enquired why she wasn’t outside with the rest of the students, she simply gestured to her leg. My heart nearly broke – not out of pity, but because our staff had failed to find a role for her in the festivities. After a brief meeting with the teachers, she was able to find a place – managing the event schedule as well as the props for the dramas. From that day forward, I could observe in her a new sense of dignity, purpose, and self-worth.

Inclusion is a concept that has implications for every student – disabled or not. Each one of us is unique, wanting to feel worthy for our individual contributions to the world. Thankfully, the recent favorable economic conditions have provided parents and schools with the ability to see beyond the narrow confines of outdated paradigms of learning and to see how education can finally start becoming the enfranchising process that it is supposed to be. In this sense, the field of education appears to be rediscovering one of India’s great traditions of inclusion: the concept of Vasudeva Kutumbakam, where we see the world as one big family – a family that has a place at the table for everyone.

The author is an American educator, TV personality, public speaker and bestselling author based in India. He can be reached at [email protected]