Being professionally active in a society that is rapidly changing requires that we remain well aware of and responsive to policy and governance decisions. This is especially true of a large democracy like India where real progress can be made only with cooperation from everyone. The responsibility that teachers have to pay attention to renewed plans for education or otherwise is even higher, since these not only affect our work but also the path of steering the next generation of citizens. With this concern in mind, my article looks into the effects of a national agenda released earlier this year.

The National Institution for Transforming India (NITI), popularly called Niti Ayog, published a detailed agenda for action in April 2017. The core areas addressed in the agenda are (1) fiscal framework, (2) economic transformation, (3) elements of regional development, (4) growth enablers (transport, digital connectivity, public-private pratnerships, energy, science and technology and innovation and entrepreneurship), (5) governance, taxation, competition and the rule of law, (6) social sector (health, education, skill development, inclusivity) and (7) sustainability. The proposals are meant to reflect changes in policy and be implemented by 2019-20 to the best possible extent.

The agenda lists the institution’s views and plans on education and skill development in a refreshingly candid manner for a government document in India. It admits to some of the flaws in the current system of schooling and cites sources of data or expert opinions. (I noticed though that one of the sources has been cited four times in this chapter as if it were four different articles, whereas in reality it is the same reference formatted differently!) 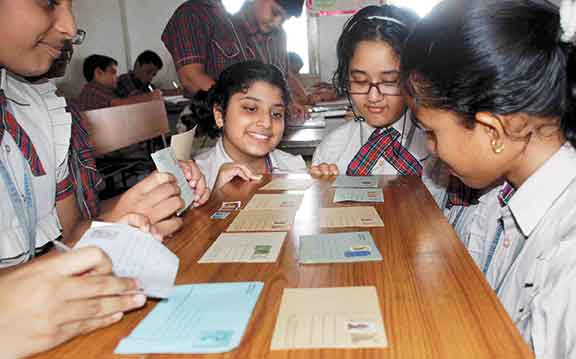 Though the agenda looks at skill learning as well as higher education, the scope of this article is limited to what it says regarding school education. The glaring defects and possible reasons for the dismal performance of the system of education in India may be several – the ones mentioned in the agenda include the following:

In yet another attempt to rise out of this abyss, the agenda has put forth a few suggestions following the tradition of several commissions and reports before it. Though the tone of the suggestions is far from grandiose unrealistic plans, not all of them sound entirely practical either. Most of them still sound like policy recommendations rather than advice necessary for immediate and serious action. Since the whole list of plans is quite large, here is a pointwise abstract of the same.

In agenda 1(a) above, a new tool to measure learning outcomes is envisaged, but it may be more efficient to use the existing ones like ASER more widely and efficiently. What would really matter is how the outcome is received and what corrective actions will be taken. These plans need to be laid down in detail with some uniformity at the national level and some room for regional diversity. The response to outcomes, perhaps partly covered by 1(b), needs to be charted out not only for teachers and students but also for parents, officials, etc., so that the society as a whole is made to participate in this important task of improving educational quality. If accountability is specified at the level of each school and district, implementation might be more effective: the school and the local community would be able to orient each other better, while the collective pride of the district wide populace may be easier to tap into than that of a whole state.

The overall discussion in the agenda and the points in part 2 appear to assume that teacher education is not an urgent concern – this may be true in the context that part-time or contract-based teachers have also been able to impart considerably good levels of learning. But on the whole, if teacher education were good enough, why would committees need to repeatedly lament the status of education and chart new paths to bring about change? As a society we do not feel the need to poke our nose into the activities of other professionals like doctors and engineers – why are teachers still being told what to do and how to do it? This is a clear indication that the overall system of teacher education and research in education needs a LOT of lift. The new framework of teacher education of 2010 still sounds like work in progress in some ways. It won’t harm us to do better than expectations of others in this area! 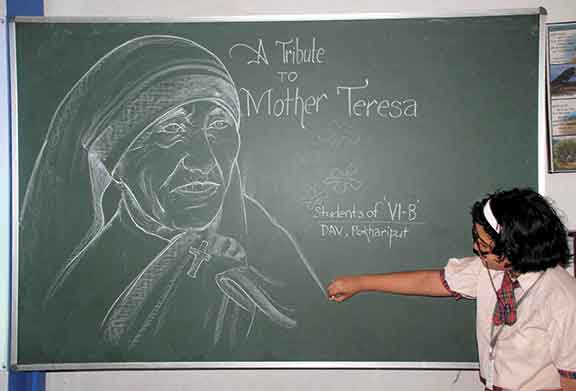 Points in part 3 appear to be more down-to-earth. If implemented properly, this may deliver the intended results, especially by picking up good practices from successful private players. But even here, the focus needs to be on charting out plans suited to Indian circumstances, rather than adapting ideas from elsewhere.

In addition to these, it is absolutely necessary to promote indigenous, high quality, hardcore RESEARCH in education in order to improve the system in any aspect, at any level. As of now, hardly any departments of education in universities actively contribute to educational impact on the ground. Bulk of the research carried out at present is sadly just ‘more of the same’ surveys that either do not address local issues or are not oriented to provide practical solutions to problems.

The agenda also asks states to come up with clear goals and time scales of action on various aspects, which is necessary given that education has been placed on the concurrent list of legislative powers in the Indian constitution, which means both the central and state governments share the responsibility for making decisions about it. In this context, it may be worthwhile to recall that the NCERT published lists of learning outcomes in 2015 for various school subjects up to class VIII, which were further refined by different states. NITI Ayog will obviously need to go beyond the primary level of education, thus boosting this much needed effort on specifying learning outcomes for all levels.

While on the one hand it is good that the agenda does not dictate terms to teachers, on the other not stating the need to chart out clear goals and timelines at the level of schools/teacher groups is not really helpful. The idea that the control and responsibility both lie with the officials of the education department might make the teachers as apathetic and ill-motivated as ever, turning the entire exercise upside down. It is the need of the hour for teachers to become more involved and connected professionals. Self-appraisal will also become a first step in their real professional growth!

I cannot stress enough on the need for the citizens of India to take active interest in educational affairs as well as other issues concerning our future. A change in the mindset from unconcerned onlookers to responsible and responsive participants is the immediate necessity. In the field of education, I would cite just one instance of the sad status – a study on the perception of their duties by cluster resource persons conducted by Azim Premji University (2004) shows that only up to 50% of them are aware of the bare basics. Another familiar malady is the assumption that it is sufficient to LOOK like you have done something right or well, rather than embodying the true essence. I do hope we have learnt our lessons as a society and won’t behave foolishly again!

Niti Ayog is set to release policy changes and action plans for the next 7 and 15 years also in the coming months – therefore it is essential that we understand the current ideas and contribute our efforts to make these plans become a successful reality at the earliest.

The author has been a researcher in biology and an educator, taught at the undergraduate programme of IISc from its beginning; now freelancing as an independent advisor to academic institutes and teaching faculty. She can be reached at ysushama@gmail.com.