On a lazy Saturday afternoon, I am set, thinking about my journey into the world of open source software and open educational resources…after viewing a video link sent by my friend. (https://vimeo.com/43401199)

It was the period of the late 20th century and early 21st century – India’s economic policies had opened up. All households in metropolitan cities had a PC or a laptop and an Internet connection. The telephone service provider MTNL had just launched the ADSL technology for Internet service making high speed internet affordable and accessible for people in cities. Getting a 30 kbps connectivity felt like being in paradise. We were a part of the global community.

I had been out of college a couple of years – practising with an architect. Ours was a small firm which made it imperative that we do many things in a DIY fashion – especially the intra office work.

Those were the days when we – like most people in India – knew only about Microsoft Windows as an affordable operating system. MAC was for the elite and rich. What we did not know then was that Microsoft also came with a price tag. It was the price of proprietary license. But because it was the most pirated operating system, it was there – sitting on our machines. Along with that came a host of other pirated software – AUTOCAD, PHOTOSHOP, MS OFFICE, etc. Whenever a system crashed, we would have to wait for a computer service engineer to come and fix the bug. And that meant a delay in time and cost to the office/home.

Soon we started hearing of raids by government officials at the behest of Microsoft on big architectural firms using pirated (unlicensed) software. Overnight, the firms had to buy expensive licenses not just for one machine but across all machines. Computers had become indispensable because they were fast with easy options to modify, alter and create new designs. There was no option of doing away with them. The whole understanding of licensing, usage rights and proprietary ownership started seeping in.

My friend and colleague thought out aloud that every time we used the systems, it felt like we were committing a crime (because we could still not afford the licensing fee). And that’s what struck a chord deep inside me. Indeed, we were criminals. Although we got a great deal of respect as architects, but inside me, there was a sense of guilt for the crime I was committing. Perhaps society was not recognizing me as a criminal because it was also a party to this piracy. Alas, not many colleagues thought on the same lines, maybe because the raids were never conducted on small individual users.

But what was the alternative? To give up computers – those magic machines which made life so much easy? The question kept persisting. But it was always pushed back by the bombardment of advertisements by all the proprietary software – Adobe Photoshop, Autodesk’s AutoCAD, Coreldraw and the helmsman – MS Windows. Year, after year, new versions and upgrades would be marketed with a lot of fanfare, luring potential buyers and customers…..And year after year, the cycle of obtaining pirated unlicensed software continued.

One or two acquaintances were using UBUNTU by then – but interactions with them made me feel that they were just trying to be different. Their knowledge of how to use it was just as much as mine for Windows. Besides, that did not give me any solutions to my lifeline then – AUTOCAD. 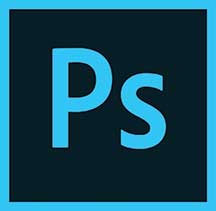 Sometime later, I happened to meet a friend who is a vociferous and ardent supporter of Open Source Software and the entire open source movement. It was he, through many interactions, who made me understand that the ‘free’ attribute of Open Source was meant in the manner of freedom to modify – no restrictions. The user could take the source codes and was free to modify them to make the applications suitable for his/her requirement. This was unlike proprietary software where the codes were kept closed so that no user could reconfigure them if he/she so desired. These software may or may not be FREE from a monetary perspective. They also have their own versions of licenses such as the GPL (GNU General Public License)

He located a software called DraftSight which was at par with AUTOCAD and I could use for my professional work. This was the year 2012. With great trepidation and scepticism, I agreed to install the popular UBUNTU (an open source version of Linux Operating System). The transition was smooth and quite easy.

Many things appealed to me about this operating system. First, the Ubuntu system did not need an anti-virus software. There are no viruses in the Open Source world. The bugs are easier to spot because the code is open to review. That’s why, Ubuntu system never crashed, unlike Windows which crashed ever so often. In hindsight, I strongly feel that the viruses are also a creation of the proprietary software companies to sustain their own companies of anti-virus software.

Second, there is the huge worldwide community of users and developers to turn for help and troubleshooting. There was no need to wait for a specialized computer engineer of the Windows era…

Ever since, there has been no turning back. Every interaction with the open source world taught me about the philosophy of collaboration and sharing of resources. The entire global community of open source users are there just because everyone shares and gives feedback about their usage, about something that they discover or develop. In this way the entire community benefits and moves ahead collectively. Society has grown and prospered thus far solely because of collaborative construction of knowledge.

On the other hand, in a proprietary environment, the owner would hire a couple of developers to work on a project, and the application would then be ‘sold’ to users for the sole purpose of raking in wealth and gain control over the users. The user and the developer community would never interact with each other to share and the only beneficiary would be the owner of the proprietary software firm, perhaps the developers also. The community is left high and dry. Also there is no incentive for potential developers within the community to modify and create different versions of the same application. Overall, it is a collective loss to society.

A year later, I moved from Mumbai and settled in Dahanu. I switched gears to be a full time facilitator at the Tamarind Tree school which uses only open source software and open educational resources.

It was here that I realized the full potential of the open source world. Till now, I was using the Internet and the resources only as a consumer. I was not aware of the Creative Commons licence resources being available on the Internet by just searching with a tag of CC. I am slowly growing to be a producer, modifying and creating content for the school using resources under the creative commons licences to suit our needs.

I feel that all teachers must embrace this open source movement and move towards open educational resources. As I have said earlier, the knowledge constructed so far by society has been through the process of collaboration. No knowledge can ever be proprietary. Therefore, as educators, it is imperative that we should build on the knowledge collectively if we hope to build a better society.

The ‘‘Windows’ to the world of Free and Open Source Software has opened up for me as I discover more and more of these wonderful and powerful software and resources.

The author is a farmer and naturalist at heart. He is currently a facilitator and course developer at Tamarind Tree School, Dahanu. He can be reached at [email protected], twitter: @samcontemporary.

Moving towards a world of open education
Is open education really open?
Learning from and for life
The present is open to all
Opening up the code