If Father Winter makes his presence felt occasionally in October, the month of November sees him kicking down the door and announcing his arrival with a chilly blast. In some European countries, November is the month that people bid farewell to the sun for a period of three to four months, and steel themselves to living in a world where there is no difference between night and day.

Although the weather did not get so bad in Ancient Rome, people in general did not particularly care for this month – or any month in winter for that matter. November, December, January, and February were the months that the well-oiled machine – the magnificent Roman army – remained rooted in one place; no wars were waged and no battles fought. After a hectic summer of constant fighting, battle-worn soldiers remained in their forts recovering from their wounds and trying to overcome their niggling pains and aches. The word ‘November’ comes from the Latin ‘novem’ meaning ‘nine’; for according to the Roman calendar, ‘November’ was not the 11th, but the 9th month of the year.

In Old English, this month was called ‘Blotmonath’, meaning ‘blood month’; during the 30 days, a lot of blood was spilt. Not that of human beings, of course, but that of animals. Cattle, sheep, and other farm animals were offered to the gods as sacrifices. The meat helped sustain the people during the long cold winter months – especially in those places where the weather made it impossible for men to leave their homes and hunt for fresh meat. The intensely cold weather helped in preserving the meat; it ensured that it didn’t go bad. The Saxons also referred to this month as ‘windmonath’ or ‘wind month’. The strong winds that were generated made the waters of the ocean very choppy, making it extremely dangerous for fishermen to venture into the ocean to catch fish.

Since most men were cooped up in their homes during the cold winter months, it is not surprising that not many took the trouble of running a razor along the contours of their face. Most allowed their hair to grow long, and many grew a beard. It is interesting to note that even today November plays host to several events which encourage the male species to grow their facial hair in gay abandon. This month is sometimes referred of ‘Movember’ – a combination of ‘moustache’ and ‘November’. During the 30 days, men are encouraged to grow a moustache and raise awareness about prostrate cancer and other health issues related to men. This campaign started in Adelaide, Australia with a total of 80 men volunteering to grow a moustache. Now, there are millions who are willing to sport a ‘lip fungus’ for a worthy cause. In the United States, the National Beard month is celebrated in the month of November. Thousands of men attempt to grow a beard and assume a new avatar. 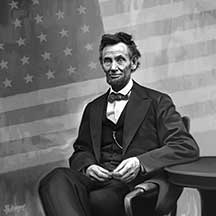 The former President of the United States, Abraham Lincoln, was known for his signature beard. Some of the major events in this individual’s life took place in the month of November. On 6 November 1860, he defeated three of his rivals to become the 16th President of the United States. Three years later, he attended a performance by John Wilkes Booth, the actor who would later assassinate the President. On 19 November 1863, Lincoln gave his famous speech in the blood soaked field of Gettysburg, in which he described democracy as being a “government of the people, by the people, and for the people”.

In November 1960, nearly a 100 years after Lincoln, John F Kennedy beat Richard Nixon in the national elections to become the 35th President of the United States. After a long time, the country had a relatively young couple as President and First Lady, and along with his beautiful wife ‘Jackie’, Kennedy ushered in an era of style and glamour into the White House. When Jacqueline Kennedy made a good-will trip to India in March 1962, the common man lined up the streets and waited patiently to catch a glimpse of the superstar. 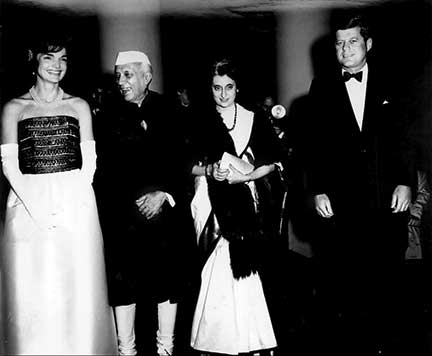 Scholars have pointed out a number of similarities between Kennedy and Lincoln. Both Presidents were assassinated in the presence of their wives on a Friday; both were shot in the head. The 16th President’s personal secretary was a man named Kennedy, while Kennedy’s secretary was a woman named Evelyn Lincoln. If stories are to be believed, these two individuals pleaded with their boss not to leave the safety of the White House. Abraham Lincoln was shot while he was watching a play in Ford’s Theatre; Kennedy, on the other hand, was shot while he was travelling in a Lincoln automobile made by the Ford Company. After shooting Lincoln, the assassin John Wilkes Booth ran from the theatre to a warehouse. Lee Harvey Oswald, President Kennedy’s assassin, did the exact opposite; he ran from a warehouse to a theatre! Another strange coincidence that people point out is that the Vice President for both these men was a man named Johnson – in the case of Lincoln, it was Andrew Johnson, while Kennedy’s was Lyndon Johnson. President Kennedy died on 22 November 1962.

For those of us who are interested in books and the arts, a lot of interesting things happened throughout history in the month of November. The humourist Samuel Clemens, aka Mark Twain, the creator of characters like Huckleberry Finn and Tom Sawyer, was born on 30 November 1835. Charles Darwin published his famous but controversial book Origin of the Species on 24 November 1859. The well-known classic by Herman Melville Moby Dick was also published in this month. On 1st November 1512, Michaelangelo’s paintings in the Sistine Chapel were exhibited to the public for the first time. A week later in France in 1793, the famous museum ‘Louvre’ was opened to the public. And the race to the moon heated up when the Soviet Union launched Sputnik 2 on 3rd November 1957.