Money is what satisfies our needs and money is what satisfies our wants. Money runs the economy and is important for the progress and development of a nation. This month Teacher Plus brings you an article on introductory level economics which traces the origins of money and financial institutions. Keeping in mind NCF 2005 guidelines, the article has been written for high school (class X) students with a lot of activities that the teacher can have children do to understand how money works. 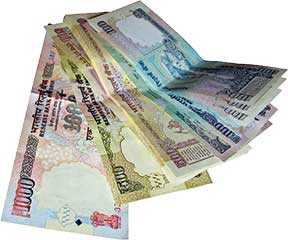 Money can play its role effectively only when it is generally accepted and the need for acceptability gave rise to the concept of banks. The money supply of a country consists of currency (bank notes and coins) and bank money (the balance held in the various accounts in banks). The concept of banks dates back to 2000 BC in Assyria and Babylonia with banks providing grain loans to farmers and traders who carried goods between cities. Later, in ancient Greece and during the Roman period, lenders based in the temples gave loans, accepted deposits, and changed money. The modern sense of the word ‘banking’ can be traced to Renaissance Italy, to the city of rich merchants, namely, Venice and Florence. The most famous Italian bank was the Medici bank established in Giovanni Medici in 1397.

The concepts of saving and lending hold truth in today’s times too. With every expense made by us comes the realization that spending is not enough but saving for the future too is important. Due to this growing need of feeling secure and comfortable, banks designed and implemented various schemes successfully.

CLASSROOM ACTIVITY: Give an A4 size sheet to each of your students. Ask them to make a comic strip showing a child/teenager negotiating pocket money with his/her parents, bringing out the concepts of expenditure and savings. Supply them with crayons, colour pencils, and sketch pens. If this is not possible for the school, ask the students to bring these from home.

Savings accounts, current accounts, fixed deposits take care of the innate sense and ability of humans to save money which remains as a surplus after spending for commodities and services at the end of every month or fortnight. Life insurance ensures that the financial needs of the family are fulfilled even if the earning member is no more. Retirement plans offered by banks these days ensure that after retirement too one receives a fixed monthly income.

All the above said facts are contemporary and they have their origin in the barter system. As human beings evolved, so did their needs and they discovered varied and diverse ways to fulfill them. The basic needs of humankind, namely, food, clothing, and shelter were the topmost on the list of priorities. Mother Nature manifested her ability of giving bounties to her children in the form of crops, fruits, sea food, minerals, etc. The crucial point under consideration became the exchange and allocation of the natural resources among people in the race to survive. In order to be fair and just, humans started exchanging surplus produce amongst each other and this came to be known as the barter system.

Sini Santosh Nair teaches English Language and Literature to high schoolers at Shishuvan, Mumbai. She can be reached at chinikumsmailbox67@gmail.com.

Chintan Girish Modi is a freelancer educator, writer and researcher who runs an e-group called People in Education. He can be reached at chintan.backups@gmail.com.