Ideas to take away from this lesson

Money – meaning
Money is that which is commonly used and generally acceptable as a ‘medium of exchange’ and a “standard of value”. 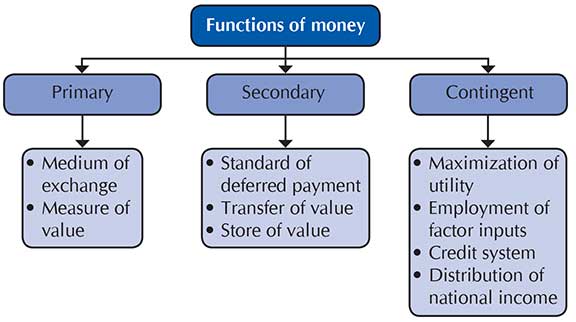 When people’s income increases more slowly than the rate of inflation, their purchasing power declines.

Inflation is a monetary phenomenon and almost always occurs because the increase in the stock of money exceeds the growth in output of goods and services. Inflation encourages more debt and faster spending. It creates uncertainty and makes future planning more difficult. Inflation may be caused by the ‘demand-pull’ factors, or ‘cost-push’ factors, or both working together.

Inflation is always cumulative in the sense that a mild inflation in the first instance gathers momentum leading to a rapid rise in prices. Its effects on an economy depends on how rapid it is.

Factors of inflation
(i)

(iv) External factors
As the prices rise in USA, India imports commodities at a higher price leading to import inflation.

The above mentioned information can be explained with the help of the following graph. 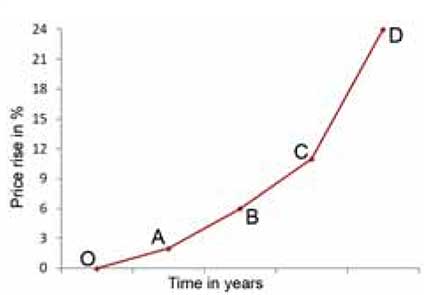 How can we control inflation? 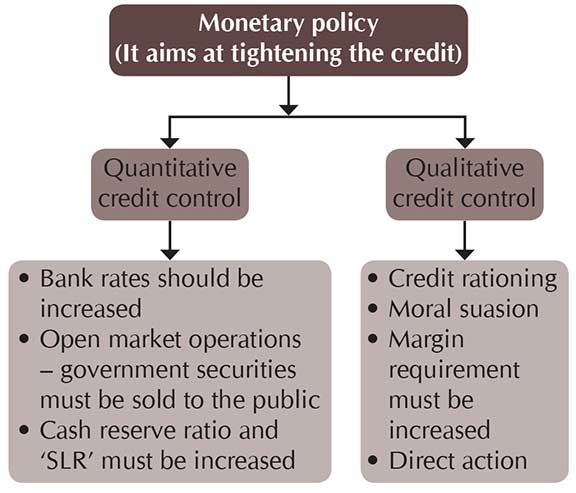 (iii) Supply management: To correct excess demand relative to aggregate supply, the latter can be raised by importing goods that are in short supply. In India, to check the rise in prices of food grains, edible oil, sugar etc., the government has often taken steps to increase the import of goods in short supply to enlarge their available supplies.

(iv) Income policy – Freezing wages: Another anti inflationary measure which has often been suggested is avoidance of wage increases which are unrelated to improvements in productivity. Inflation often gets momentum through wage – price inflation.

The author is a teacher of history and economics at The Future Kid’s School, Hyderabad.