And the first word that came to my mind was Donkey. Unfortunately, this used to happen quite frequently and each time I’d just freeze because donkey was the only word that I could think of, and I did not want to start conversations on the phone with that. Doll? Delicious? Delhi? Dragon? Destiny? Nope, none of these. Just donkey. 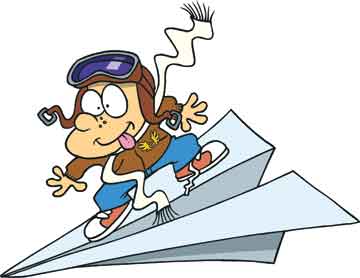 Thankfully, things changed when I joined a flight school. As part of the training, student pilots were required to learn the International Civil Aviation Organization (ICAO) phonetic or spelling alphabet. So at age 16, we were re-learning the alphabet where A for apple, B for Ball became A for Alpha, B for Bravo… all the way to Z for Zulu. All this because the ICAO had assigned code words to the ten digits and the letters of the alphabet to ensure that all those who transmitted and received messages, like pilots and traffic controllers, pronounced and understood numbers and words in a particular manner regardless of their native language. Apart from the alphabet, for effective communication through radiotelephone, we also learned procedure words like Wilco (for will comply) and Roger (for understood), words and phrases that were intended to convey information in a condensed standard form. So the next few days, my classmates and I began talking in code. Words were no longer simply pronounced but spelled out. Phrases like “Hotel India!” when we crossed each other in the hallway and “Tango Charlie” when we meant to say ‘take care!’ became the norm. Suffice to say, for me D was no longer the animal.

Over time, spelling with phonetic alphabet has become second nature. Do you remember the story where Birbal was challenged to find out the ‘mother tongue’ of a pandit who spoke many languages, each as fluently as the next? In the story, Birbal accepts the challenge and waits till the pandit falls asleep before throwing water on him. Waking up shocked and drenched, the pandit cries out, thus revealing his native tongue. Well, I am not exaggerating when I say that one of my classmates actually shouted “Mayday” – the procedure word for distress – when jolted out of sleep.

Getting comfortable with radio communication terminology came with practice just as it did with English. English is the most widely spoken language in the world and has come to acquire the largest vocabulary of the world’s languages. It is a language that you need to speak, read, hear and “live” to become proficient in. How else would you explore its complexities and its many nuances, be able to get the difference between ‘raise’ and ‘raze’ or see that ‘a slim chance’ and ‘a fat chance’ actually mean the same thing? As a language, English has more exceptions than rules, and while that makes it a little harder to grasp, having so many words to use and play with makes it easier to express yourself. English does come with many quirks, but take it from someone who considers it their native tongue, you can’t help but marvel at it.