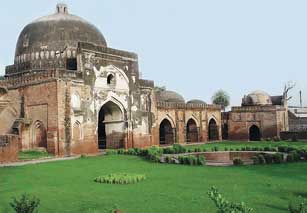 History is an extremely complex subject, and historians have endlessly debated what it constitutes. Unfortunately, the layperson is largely unaware of the debates, and continues to make statements that were popular in the 19th century or earlier, such as ‘history is just facts’, ‘the facts speak for themselves’, or ‘history doesn’t change.’ In this article, I will try to address some of these misconceptions and provide an idea of history as a discipline and specialized subject, and also suggest ways in which this subject can be introduced to children.

To start with, it is necessary to realize that ‘the past’ and ‘history’ are not the same thing. History refers to accounts constructed by historians, and is not a blanket term for the past. We are not time travellers, and the past exists only in the manner in which it is written about.

E. H. Carr, in his path-breaking book, What is history? brought out many aspects of history, some of which are still debated today. To start with, he rejected the outdated Victorian concept of history as an objective record of facts, and put forward this point in a very simple way. He said, “The facts speak only when the historian calls on them: it is he who decides to which facts to give the floor, and in what order or context… It is the historian who has decided for his own reasons that Caesar’s crossing of that petty stream, the Rubicon, is a fact of history, whereas the crossings of the Rubicon by millions of other people… interests nobody at all.” Putting it slightly differently, history is a story which chooses facts.

The writer is the author of the best-selling two-volume Puffin History of India for Children, and also other books on history and religion. She has a PhD in Ancient Indian History, and has taught for a few years at Rishi Valley School. She lives in New Delhi and is a free-lance writer. She can be reached at roshendalal@yahoo.co.in.