What are the shortcomings of our present methods of education (with particular reference to maths)?
i) The teacher has to handle children of varying abilities and temperaments.
ii) The course is driven by the prescribed curriculum, leaving no time for exploration.
iii) Classroom structure is rigid. Students sit in a group facing the teacher, who does most of the talking; paper, pencil, blackboard and chalk – these are the mainstay of the classroom discourse.

More could be said on these lines and it may be difficult to bring about a complete overhaul of the system. But as teachers we should be able to do our bit to tell our students how maths has developed organically down the ages in response to human needs.

One program that I have carried out with the help of other faculty members in a semi-conventional school is the ‘Math Expo.’ This program works best for classes 6-8. We took a week off from the regular maths curriculum. (Other subject classes were not affected.) The class was divided into groups of 4 or 5, with children of mixed abilities. The physical space was rearranged – tables grouped together so that each group could sit in a circle. Leading questions (see examples below) were given to each group to spur them to discuss, plan, investigate, etc. (The topics had been arrived at after some brainstorming in a prior meeting of the maths faculty.) Students could move freely in and out of the classroom to procure materials for experimentation/demonstration/display. From their observations, students made conjectures which they tested out. The teacher was available to supply them with appropriate terminology, help them reason out things and derive conclusions. 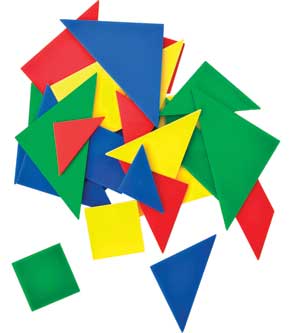 Many new facets of the students became evident during this exercise. Students who tended to be quiet in regular classes were now seen to take the lead. Those who had done well by mechanically learning in the regular classes now seemed to take a back seat. There was a lot of self-correction going on in each group. There was more scope for visual and finger skills than in a regular maths class. Each student contributed to the group effort according to his/her capacity. There was no judgmental or comparative angle.

At the end of the week an open house was held inviting all students and teachers of the middle school. The various groups explained their tasks and findings to the visitors with the help of charts and other display materials.

It was found that this experience prepared the ground to introduce new concepts in later classes. Students got a feel for how maths is done – it is not something just ‘given’ to them that they are expected to follow unquestioningly.

A sample of the topics taken up.

i) From buckets to parabolas: The task was to fill a bucket incrementally using a glass/mug, noting the height to which the water rises progressively and making a graph plotting the height against the number of mugs of water added. Students were expected to describe and explain the shape of the graph. Concepts of volume, cross-sectional area, etc., got reinforced. In what other situations can we expect to obtain graphs of similar shapes? The task can be repeated with buckets of different sizes and containers of different shapes (barrels, kudams, drums…). 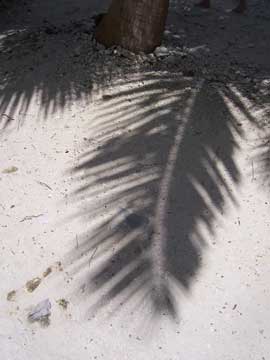 ii) Shadow play: This involved outdoor work on a sunny day. The task was to measure the lengths of shadows cast by objects such as chair, table, gatepost, goalpost, tree, etc., at the same time of the day. The relation between the length of the shadow and height of each object was noted. The task was repeated at another time of the day. Ideas of proportion and similar triangles are reinforced by this activity. Now a question was raised – can we estimate the height of a tall object from the length of its shadow? A few structures can be looked at in this connection – a tall tree, flag mast, a school block, etc.

There is no dearth of topics that lend themselves to such activities – polyominoes, tessellations, patterns in triangular and square numbers, Pascal’s triangle, golden ratio, magic squares, Vedic math procedures, platonic solids, maths in sports, etc.

The chief purpose of a math expo is to show that maths is not confined to the classroom but is all around us, if only we have the eyes to see it.

The author has taught science, maths and geography to middle school students for three decades. He has contributed several articles on math enrichment to At Right Angles, a publication of the Azim Premji University. He may be contacted at archandran.53@gmail.com.