In my previous article I talked about the paradigm shift we are undergoing as a global society – specifically that we have moved from an industrial era into a knowledge era. I also discussed how our modern system of education was still aligned with the values of the industrial era, where learning happened at one place, at one time – where students all learned in unison, very much like the mechanized motions of a factory.

This article picks up where I left off, standing in front of my colleagues and staff, where I proposed a somewhat radical change for a new curriculum at Jiva Public School, which I dubbed “Jivakul” – one where there would be no periods; where students could make their own learning schedules throughout the day and year – and could go to the computer lab when they individually required – and even stay in the art room for 2 hours at a stretch if they felt they needed extra time there. Where students not only learned but also taught; where teachers also learned; where kids could take tests and exams when they were ready, as opposed to sitting for them on fixed dates; where they could work in groups – and with students from other classes on interdisciplinary projects; where, as Rabindranath Tagore would describe, “the world has not been broken up into fragments,” but rather, where it has been made whole through a genuine personalization of the learning process. It would be, as I saw it, a system of learning that matched the demands of the Information Age – where one could learn anywhere and any time, and where knowledge was alive and contextual, and more about the process of learning than it was about specific facts.

As I shared my concept with my staff members, eyes were fixed on me, faces contorting, as if I were speaking some alien language. Bodies shifted in seats. I could sense the bending of steel – frames of minds – narrow domestic walls – reverberating and contorting through the seismic waves of my words. Then, it happened. As my speech drew to a close, I could literally hear their mental structures begin to crumble. A cloud of dust billowed in the air and settled slowly into silence. In a moment of clarity, “knowledge was free.”

Smiles and smirks began to sprout on faces as if the audience was anticipating a punch line. But when they realized that my proposition stood complete – with no ironic twist at the end – the impact fully set in. The vision ceased to be only mine; it was now theirs as well. It was in that moment that they truly began to see the possibilities of a school that was unbounded. Instantly, their comments began to surge forward. “It would be wonderful,” “It would be fantastic.” “Kids would love it.” A chain reaction of positivity rippled through the group.

However, before glory had a chance to wave its flag, and before idealism could claim its victory over a pedagogy of oppression, an aftershock sent a tsunami of doubts back into our forum of freedom. “But,” came the first reservation, “wouldn’t it be chaotic?” Followed by, “How would we manage it?” and “What would parents say?” 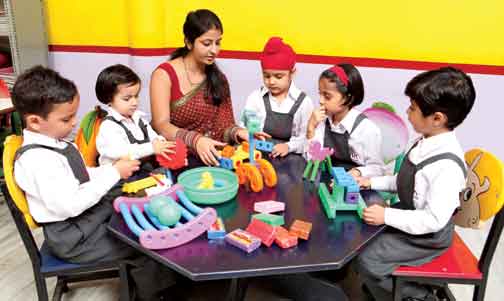 Although I was prepared to defend my idea, and had ample ammunition to take on each objection fully, an amazing thing happened: the teachers began to solve the problems that they themselves were proposing. To the challenge of chaos came the supportive rejoinder, “If we plan things out carefully, I don’t see why things would get out of control.” Another teacher added, “With this approach, the more capable students could be more independent, giving us more time to work with weaker students.” Others began to chime in with similar supportive solutions and sentiments. “If we can demonstrate results, the parents will surely approve of it.”

After a ten-minute rally, with Jivakul having the advantage, eyes turned back to me for the next step – to find a strategy to put the ball away and win the game: “But how do we do it?”

I then proposed that we conduct a single Jivakul day with the students as an experiment. We could take time to think about the idea for a few weeks or months, and plan properly. I explained that this was not something I was looking to rush into. (I had once read that one should propose radical change, but should make that change incrementally.) With this bit of reassurance and provision of ample time for planning, just about all of the anxiety dissipated.

One teacher then interjected, “Sir, wouldn’t it be better if the teachers first experienced this before doing it with the students?”

“We could do a Jivakul day just for teachers on a Saturday when there are no students,” she replied. “It would enable us to really understand things fully so we could implement it much better with the students.” I thought it was a brilliant idea and willingly agreed.

So it was decided that on the following Saturday, instead of following the usual pre-set teachers’ schedule, they would be given full control over their six hour block of time from 8:00am to 2:00pm, and would create their own schedules as they deemed fit. To add at least some structure to the day, we provided them with a list of possible activities to do, which included using the computer lab, visiting the library to read up on topics of their choice, checking copies, watching pre-selected videos on subject topics, doing lesson planning, doing art and design projects to beautify their rooms and the school, and others.

Although I got a basic buy-in from the teachers and management, the senior administrators were not without their concerns. “What happens if teachers just spend the whole day checking papers? What if they just use the time to gossip?” I countered their fears by suggesting that the teachers could submit their schedule the day before, and that we could add one constraint: that they could only do two hours of copy-checking. Further, the administrators could take a round or two during the day to be sure that the teachers were on target.

In my next article, I will share with you what actually happened on the first “Jivakul Day for Teachers”. Did the teachers follow their individual schedule and fulfill the vision of personalized learning? Or did they use their newly given freedom to get their copy checking out of the way, chit-chatting all the while?

Stay tuned until the next issue to find out!