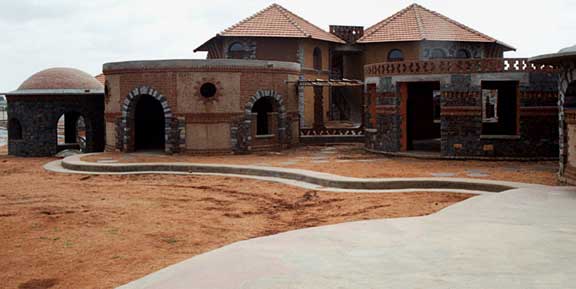 They seem to merge into the landscape, almost growing out of it, the red earth and brick walls of Pupil Tree School in Bellary and the “random rubble” and mud mortar of Poorna School in Bangalore. Clearly, these are not spaces to “school” children but to open their minds to learning. Expansive courtyards, open plan classrooms ringed by large archways, and corridors that encourage running… these are not images that evoke the idea of school. “School should leave us with memories not just of people and events, but memories of the spaces,” says R L Kumar of the Centre for Vernacular Architecture, a part of the Centre for Informal Education and Development Studies, Bangalore. “You should be able to recall the texture of the walls, the quality of the space, a sense of the architecture.”

School architecture in India, as in most of the “modern” world, is reminiscent of other spaces of surveillance and control, such as hospitals, army barracks, and even prisons. Their long corridors with rooms arranged in a row to facilitate patrolling, grey or white walls to reduce distraction, and angular spaces for regulated extracurricular activity, have a certain similarity. “School spaces make a tremendous impact on the child’s mind,” says Kumar. Like many other public buildings, he says, they are spaces of “supervized freedom”. The design of school buildings says a lot about how we view the process and intent of education, just as architecture itself, as Kumar says, “provides us with a ringside view of the politics of knowledge in our times.” 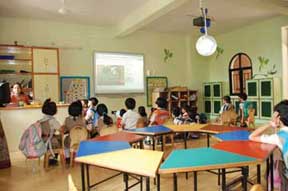 The Centre for Vernacular Architecture instead experiments with space in different ways, with the idea that the space itself should be an instrument of achieving the goals of the institution. Using locally available materials and drawing in indigenous knowledge and techniques, they aim to create buildings that are “cost effective, ecologically sensible and culturally relevant.” The buildings therefore are well suited to local climate and sensitive to local aesthetic traditions. “We define local not in just a narrow geographical sense, but as moving away from the cycle of mass production, a characteristic of the global industrial economy,” explains Kumar. So this means using lime and mud and mortar instead of cement and steel, applying lines that draw from local cultural and artistic traditions.

Kumar describes a current project, a school in Coimbatore that has a student population of 600 children, located on a 5-acre property. “The tendency with most institutions is, when you have a large space, just spread out and use it all,” he says. Here, in contrast, they are working on a design that resembles a medieval Indian town, buildings in a tight cluster with tight walls and bylanes that dissolve distinctions between administrative and academic spaces. “It’s sort of like the Chandni Chowk area of Delhi, or Charminar of Hyderabad,” says Kumar. “In these areas, there is no distinction between the commercial and residential areas.” Life goes on, in all its complexity, in the same spaces.

The apparent congestion of the built up area is compensated for in this school with wide open surroundings and water bodies to provide relief. The imaginative construction of the school space should open up the educational imagination as well – or that is the hope. 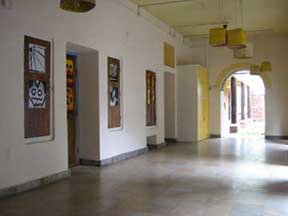 The Centre has worked with several alternative schools in the Karnataka and Tamil Nadu area, and with a few that are more based in the mainstream. Sometimes, changing the physical and material context can lead to a change in the spirit of the activity. Kumar admits that changing the thinking about what a school should look like sometimes literally has them “banging their heads against a brick wall,” “But,” he says, “we’re willing to wait.”

There is always space for change. And school should be that space.