Vijayalakshmi Nandakumar is an active student and teacher with a passion for science and education. She embarked upon her teaching adventure back in 1978, a time where the Internet was unheard of, and most school projects were completed with big fat encyclopaedias! She joined the Vidyaranya family in 1992 and over the years, has taught chemistry, biology, and physics. She believes that the most rewarding part of being a teacher is the pleasure of working with and learning from young fresh minds every day. She finds that the students bring a lot of new perspective and make the classroom experience a very enjoyable one. In her leisure time, she enjoys reading, especially science fiction. She is an outdoor person with an immense love for nature and animals.

My journey as a teacher began several decades ago. It has been and continues to be a very enriching one. Today, however, I am here to talk about my journey as a student. My school and college years have indeed played an important part in shaping the person I am, but my years of learning as a teacher have helped evolve my understanding of the world and the people around me.

Someone once said, “Every man is my teacher not because he teaches me but because I learn from him.”As I think about all the people that I have learnt from, my heart smiles at the thought of my constant guide for the last 21 years, – Mrs. Shantha Rameshwar Rao, founder and former principal of Vidyaranya High School.

As a child I believed that a school principal is an authority figure whose opinion is beyond question, someone who children are in awe of, maybe even afraid of a little. This image became etched in my mind as a young teacher in the first few years of my career.

Vidyaranya was a sea change for me. Mrs. Rameshwar Rao, the principal, was a bigger surprise. She always encouraged children to voice their opinions without fear of retribution or judgment. She has the wonderful ability to weigh a situation from multiple perspectives regardless of her own inclination. People respect her because she commands it, not because she demands it.

She has a marvellous understanding of human nature and psychology, and an uncanny knack of making complex issues seem simple problems to solve. I have learnt a lot from her and will continue to learn from her ideas, her wisdom, and her thoughtfulness.

Here is a reflection on some of the occasions that have helped me learn so much about children, teaching, and life at large. 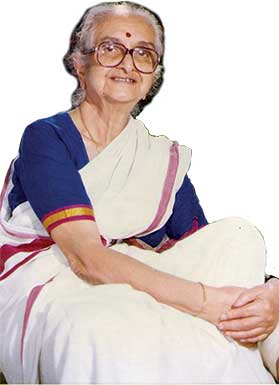 On empathy
I was going through the report cards that the children had returned after showing them to their parents. My eyes chanced upon the signature on one of the report cards. It did seem very likely that the child had signed by himself on the report card without showing it to his parents. Some of the colleagues I showed it to agreed with me and advised talking to the headmistress about it.

I didn’t find the headmistress in her office, but the principal was waiting there. She asked if there was an issue I needed resolution for with the headmistress. I told her about the student who had “forged” his parent’s signature.

She seemed very displeased. I thought she would be angry with the child for his deed. Instead, she asked me how I could use such a strong word like “forged” for a child who out of fear and shame had just copied the father’s signature. Additionally, I had embarrassed the student by sharing this with other teachers.

It was a simple but powerful lesson on empathy. There was no need to embarrass the student or make the child feel low in his self esteem. All he needed was empathy. She then called the student to her room and spoke to him. While talking about other things she also explained to him that he was very silly to copy his father’s signature, only to live with the constant fear that he would be found out. To my surprise she even told the student that she herself made the mistake when she was a little girl and her father found out. Her father was kind, but firm when he said she must never do that again. She laughed and put the child at ease. She told him it was much simpler to just tell the parent that the marks were bad and promise to work harder the next time.

On judgment
I once asked my class to prepare a talk on a socially relevant issue to be presented in the assembly. They discussed several good initiatives that were being proposed to improve the state of the country and its people. They however concluded that regardless of the initiative, corrupt politicians would never allow them to bear fruit.

Mrs. Rameshwar Rao stood up at the end of the assembly and addressed the children. She complimented them on their talk, but added that their conclusion was not based on actual fact. She said that while corrupt politicians are one part of the problem, there could be many other reasons behind the success/failure of an initiative. As outsiders one might not have enough visibility to see the whole picture. She told them it was wrong to pass judgment without knowing all the facts. Politicians are elected by the people to govern them, and with that election, one should give them the required respect and support.

She later told me that the adult way of thinking about a problem and a child’s way of looking at a problem are inherently different. A child tries to explore every aspect of a situation before coming to a conclusion. We must encourage that behaviour, and dissuade them from passing a quick judgment and moving on. They should discover the truth for themselves. This will help them be open-minded and not opinionated.

On being in love with your audience and respecting them
A few years ago, the teachers were rehearsing for a play to be staged on the occasion of the school anniversary. Mrs. Rameshwar Rao used to come and watch the rehearsals. I told her how enjoyable the experience of acting was, though I did feel nervous about delivering the dialogue in front of an audience.

She laughed and asked me why it should be such a big problem when every day we were actually enacting a drama in front of our class. I asked her what she meant by that. She replied that every day when we stand before the children to teach them, we do render a set of dialogues, intonate our voice, use gestures, move, make them laugh, and even get angry sometimes!

Every day in a class is like being on stage and that too in front of a tough audience. Loving the audience will give you the confidence to face them and make them interested in your acting. They keep you interested in your daily act, so keep them intrigued, keep them happy. To this day, I go on to that special stage well-rehearsed, with respect and love for the audience in front of me. If I happen to forget my dialogue I apologize and promise to find the correct answer the next day. 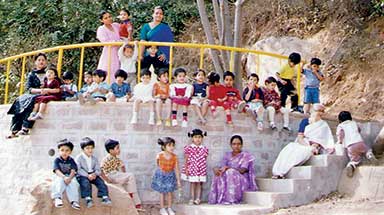 On being fearless and standing up for what is right
On the event of a Teacher’s Day, Mrs. Rameshwar Rao invited me to come with her to visit a very important person who had been a wonderful teacher. We arrived at this person’s house and were given a warm welcome by a smiling old lady. She was Ms. Kalyani Kutty, retired principal of Keyes High School (Hyderabad). Mrs Rameshwar Rao urged her to tell us about the time that she bravely defended the school and the children during the communal riots that happened in the eighties.

During this time, there was a group of people who wanted the school to be shut down to ‘honour’ a bandh that they had called. She put on a brave front and told them that until each and every child had been safely sent home she would not close the school.

They were many in number and surrounded her in the office but Ms. Kalyani Kutty despite her small frame stood tall and ensured the safety of each child in the school. It reinforced the thought in my mind that the safety of children who are placed in our trust is always paramount. It was such an honour to be privy to their conversation that day.

She did not say anything then. But the next day, she addressed the children and started a discussion about handwriting. She initially listened to all their view points and agreed with them on some of the points. She then told the children that while they have a right to form their opinion about whether a good handwriting was necessary or not, they should not think their opinion is the only correct one.

She disapproved of the way they argued with the teacher. She told them that in trying to emphasize their viewpoint, they were being rude to the teacher. She insisted that at no point should the teacher’s words be disrespected. The teacher also has a right to her opinion and that they should respect it. That day the children and I both learnt the beautiful lesson of respecting each other’s opinions even if they might be different.

There is so much that I have learnt from Mrs. Rameshwar Rao and all my other teachers young and old. There is so much more that I have as yet to learn. This journey of learning is made ever so enjoyable because of the company of all my wonderful teachers.

To all of them, and especially to Shanthamma, I wish a Happy Teacher’s Day!