We were to teach a lesson on the State Assembly to class 7 students. Although this is a very important topic, we felt that it was too heavy a subject for 12-year-olds to understand by simply reading the textbook. Therefore, we decided to teach it in a manner that would help the children assimilate the workings of a state assembly.

We decided to conduct a ‘Mock Legislative Assembly’ session. While it was easy to decide on the method of teaching, making suitable arrangements was a formidable task. We had to replicate a legislative assembly in a classroom!

Apart from recreating the assembly look, we also did a lot of research to make the topic more informative and challenging. We referred books to read about the seating arrangements and procedures in the assembly. We looked up pictures to see where and how members of the ruling party and the opposition sat. The students were arranged accordingly. We also referred to the Lok Sabha channel on television to see how and when the speaker entered the assembly hall and how he presided over the session. We approached a parent who is an MLA to get more information and to help us get the nuances right inflatable trampoline.

Once the arrangements were completed, students were chosen for enactment of the roles of:
1. The speaker
2. The opposition leader
3. The chief minister
4. The council of ministers and
5. The legislative assembly members. 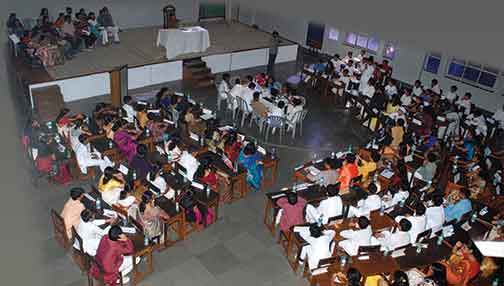 Minute details like a ‘well’ for the officers to refer to law books, a mock typist and a recorder were arranged. The dress code for girls was the sari and the boys were asked to wear pyjama-kurtas with the Gandhi topi. We trained the students on the questions that could be raised and also to use gestures like tapping the desk, during the session. Parents were called to witness the session.

The mock session began with the national anthem. The speaker presided over the session. The students had a discussion on “The cleanliness drive in Maharashtra”. Various aspects of the bill were discussed, debated, and finally put to vote. The questions raised during the session were thought-provoking and mainly dwelt on environmental issues. The ruling party and the opposition had a debate on the ways to keep the city clean. After a lot of arguments, the members came to a consensus that people deliberately dirtying public places would be fined. The bill was then passed with a two-thirds majority and sent to the governor for his assent.

This session helped the children understand the workings of a federal system of governance, and how bills are tabled and passed to become laws. The mock assembly opened avenues for making a theoretical concept more meaningful. The emphasis was on learning legislative procedures through purposeful and realistic situations. Parents appreciated this unique method of teaching.

We later organized a visit to the Maharashtra Legislature for a group of selected students to reinforce the learning.

The author is the Head of the History Department at Smt. Sulochanadevi Singhania school, Thane. She was assisted by Mrs. Bindu Singh, Mrs. Janice Furtado, and Mrs. Scarlet Sequeira, all teachers in the history department, in this effort. She can be reached at 07mangalam@gmail.com.